As if anyone needed proof that this place is more than a little odd…take a look at the recent backyard happenings. 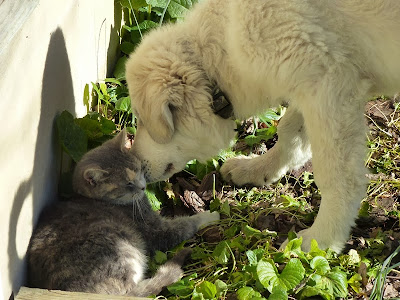 Gus has apparently decided that he loves Squeekie…really LOVES her. She can’t walk anywhere near him without getting licked in the face.  He even licks her when she’s sleeping.  The oddest thing is…she doesn’t seem to mind! 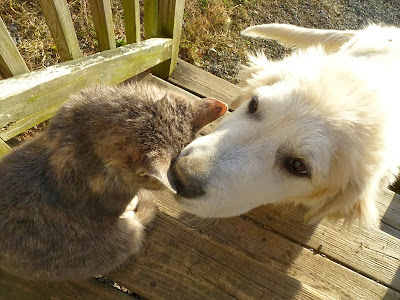 But, her little kitty hair is almost always kind of soggy or looks like it’s been moussed up in little spikes thanks to the dog drool. (ew, blech) 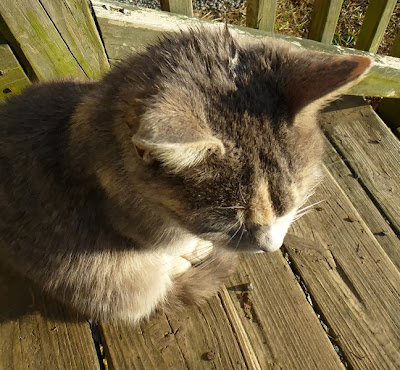 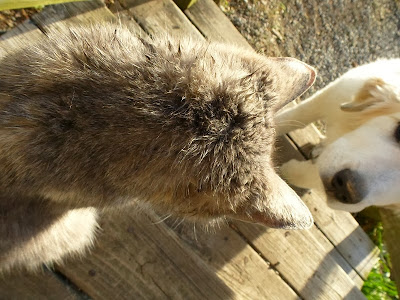 Then, there’s Tess.  She climbs in the maple tree outside the kitchen window every morning.  I think she’s flossing her teeth. 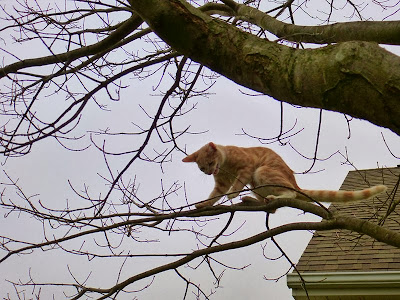 …and why is she flossing her teeth?  That’s probably so she can bear them at Sissie who is terrified of the tiny ninja and spends long periods of time futilely attempting to avoid attack. 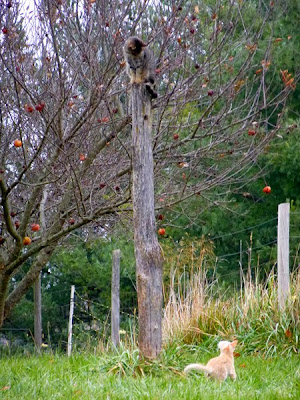 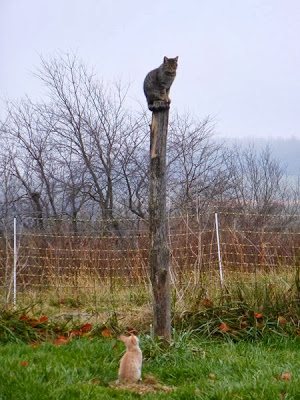 Then, there is this… 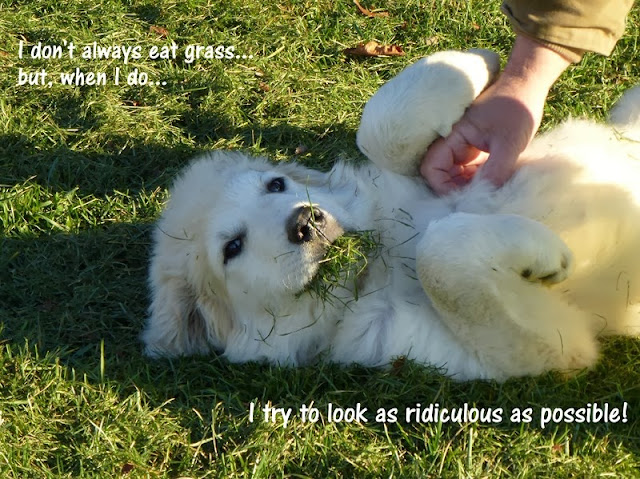 Hope you’re having a great Wednesday!