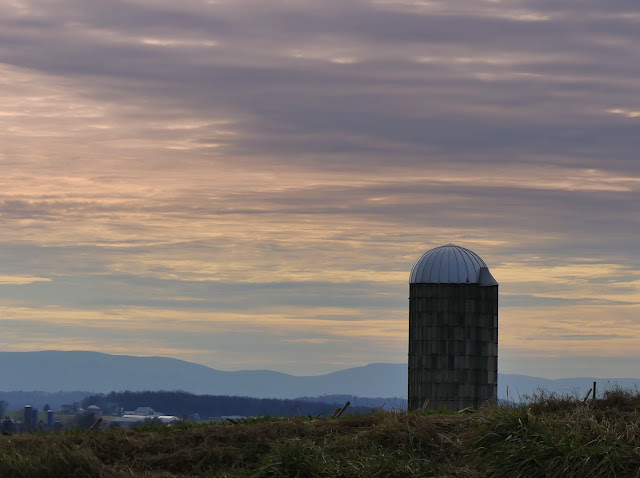 There is an old farming adage: “when you raise livestock, you will  end up with dead stock”. (or something like that)

Okay, not the most uplifting way to start a post, I know. But it’s the reality we live with here on the hill. 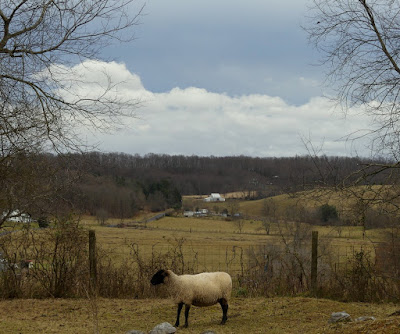 I’m pretty sure that whoever coined that phrase had to be a shepherd, because everyone knows that the thing sheep do best is DIE. Seriously, no exaggeration. Lambing season just brings the struggle into clear focus. 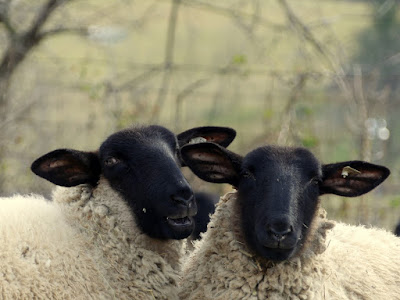 For the most part, birth is a natural occurrence that happens with little or no human intervention. If the shepherd needs to step in, it is because the situation is critical, and the possibility of a positive outcome is neither guaranteed nor expected.

That was how yesterday began…with livestock becoming deadstock…

(in case you were looking for rainbows and lollipops, you might want to skip this post)
Actually, the issue began earlier in the week when one of the old (old) ewes seemed to be going lame. Foot problems in cold, wet weather are not unusual, so I just made a mental note to keep an eye on it and went about my chores.

There were other lamb arrivals, all of which happened without my assistance. They all looked hale and hearty, although not very numerous. This season we’ve had a great number of singles, lowering our birthrate considerably. We can only surmise that somehow the weird summer weather had some impact on this, although I haven’t figured out exactly how. Our bottom-line is going to be seriously affected as well, and there’s not a thing I can do about that one. (I am trying hard not to think about that!)

Then, as I walked back into the barn the other evening, I found the skinny ewe wedged between the loading gate and the barn. (just how she got in this spot escapes me) At this point she was completely unable to walk because her back legs were particularly weak. I’ve seen this happen before when a ewe is hugely pregnant, and the lambs press on a nerve. Occasionally it corrects itself after the birth, but all too often it does not.

Since there was torrential rain in the forecast, the Boss dragged her back in the barn and we settled her out of the way of the other animals. She seemed fairly comfortable and munched hay with a contented air. There was some tiny hope that she would recover, but it was much more likely that we were looking at a lost ewe. A downed animal develops other health issues rather rapidly as bodily functions depend on the animal being upright. But, there was a chance that her offspring could survive.

As the days wore on, she required more and more interventive care. I brought her buckets of water. I tempted her to eat with alfalfa treats. I dosed her with nutrient drenches. To my amazement, she seemed to hold her own.

When it became evident that birth was imminent, it was also obvious that human intervention was required. The ewe wasn’t even trying. While the Boss and I were both pretty certain that this wasn’t going to end well, as the shepherds, we had to give it our best shot.

She was totally lethargic and didn’t even struggle when I began my internal exam. None of this bode well for a successful lambing.

There were two lambs inside that skinny old ewe. Two very big lambs that were all tangled together. And, there was no vigorous movement from those very big lambs. As a matter of fact, I couldn’t be sure there was any movement at all. This was not good.

We strained and we struggled. We really tried. The fact that she couldn’t stand, or even shift her weight was increasing problematic. Usually in birth, gravity is a big part of getting the babies out. With the ewe stuck on the floor, brute strength was our only option. And, any “superpowers” I may have possessed are greatly diminished of late as arthritis seems to be gaining the upper hand.

The ewe had very little strength. She was stressed, dehydrated and bleeding. There were two enormous (probably dead) lambs stuck inside her. This one was going in the loss column. Completely. There was no way to salvage any of them. The only humane thing to do was to put her out of her suffering. The Boss had to perform his most un-favorite task…

As the Boss drove the tractor out to dispose of the dead ewe and her lambs, I cleaned up the mess in the barn and headed back to the house. I spent the rest of the day trying not to think about the loss. Rather unsuccessfully, I might add.

I hate that aspect of farm life. And, it never gets easier. But, it is the reality.

And, while it certainly doesn’t make for an uplifting post, it gives you a sense of the lens through which we see the world. The hardships definitely make us more appreciative of the successes. We have learned to take nothing for granted. Ever.

In other news, January has not brought with it the changes that I had hoped we would see in 2019. It is entirely possible that I am getting impatient and that things will change at some later point (that’s what the Boss says). But, for now, it seems we’re in a holding pattern. Did you see my snow day post? Click here.

But, the lambs that we do have are healthy. The “lamb races” started this morning. (I may have to update this post https://homesteadhillfarm.blogspot.com/2013/02/espntake-notice.html )The pullets are beginning to lay eggs already. And, even though I didn’t make it to the annual Farmers’ Market meeting (lack of sleep and cold viruses make a miserable combination) there were a number of new folks interested in becoming vendors. That’s a good thing for the Market. And, in turn a good thing for the other vendors (including us).

So, Life moves on.

As we get ready to flip the calendar page to February, the cycle of life here on the hill will continue. After a little roadtrip, we have a fresh supply of potting mix, so we’re ready to start seedlings. The first batch of broilers will arrive in a couple of weeks, so we better get hustling on moving the pullets to the henhouse. And, since the hay supply is dwindling rapidly, we are guaranteed a good workout as we stack the barn full once more.


Those are just the regular occurrences of everyday life. This “crazy…tragic, sometimes almost magic….awful, beautiful life”. (Darryl Worley https://www.youtube.com/watch?v=ltWDMdadq98 ) And the truth is the next line says “You can't really smile until you've shed some tears.”

I hope we continue to find time to be aware of our surroundings, even though sometimes it is difficult. To take time to recognize the tiniest of blessings that are often overlooked as we get caught up in the struggles and responsibilities…

…and I hope you have a Happy Sunday!

Thanks for stopping by. Please come “visit” again.

Snow Day on the Farm


In case you missed out on the snow...we had about 5 inches over the weekend...you are more than welcome to share ours!

Here are a few shots, mostly from the kitchen window.