The Thing Sheep Do Best...

That’s what a lot of my shepherd friends say and I cannot point to any evidence to the contrary.  It’s a little discouraging sometimes.

When a sheep becomes ill or gets injured, there is a very good chance that it will not recover.  And, that was the case for the ewe from last Monday’s post. 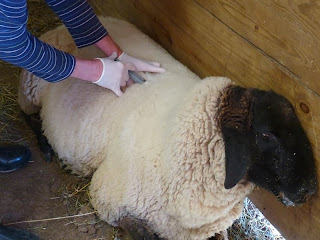 We isolated her, medicated her, provided her with the best care we could, but to no avail.  She hung in there for quite some time and at one point I truly thought she might actually recover.  But, when she couldn’t maintain her balance, moaning continuously and then began to spasm violently, it was evident that she was suffering.  So, the Boss had to put her down. (we are now waiting for the necropsy report as to the cause of her ailment)

But, after the whole “what-if  I woulda, coulda, shoulda” thought process, I’m finally able to say:  That’s just the way things go.  The other ewes will lamb, they’ll grow and be harvested, and the cycle will begin again.

So..really, the thing that sheep do best is…get this…

Seriously?  The stupidest creatures on the face of the earth?  Teach?

I can honestly say that in the 10+ years we have been shepherds, I have learned more than I would have ever thought possible. Hands-on learning beats book knowledge by a long shot.

We went from knowing nothing about sheep to feeling confident in diagnosis and treatment options.  We rarely call the vet anymore. (One of the old-time vets even told me that we knew what we were doing. Considering the source, this was high praise.) 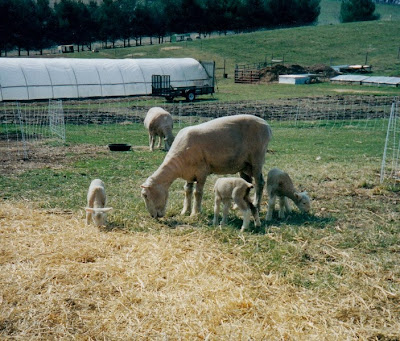 One of our very first ewes ended up with ketosis prior to lambing. (who would’ve thought it would be 13* right after we sheared in March?  Or that she was pregnant with triplets?) I sat with her for hours/days (at the vet’s advice) force-feeding her a mixture of yogurt and molasses in order to allow her the strength to lamb. Yes, they all survived! Once, the Boss and I performed a post-mortem C-section before breakfast.  …and saved the lamb.  A broken leg, a prolapse, bottlejaw, mispresented lambs, genetic issues, rejected lambs and bottle babies…we’ve seen a lot in the barn.


Our success stories actually outweigh the disaster stories. (obviously, or we wouldn’t keep doing this)


From the very first lamb, shepherding taught our girls a lot about responsibility and animal husbandry. 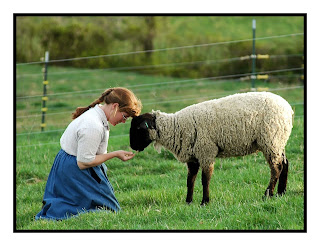 But, the sheep have taught me some real lessons in thoughtfulness, care, hope, determination, perseverance, creative problem solving…and above all, faith.  The whole concept of the Good Shepherd has become far more meaningful after spending some serious time with the  woolly creatures.


A very dear old woman (who grew up raising sheep) says that she often finds herself thinking, “oh, dear Lord…why did you have to liken us to sheep?  They’re just so stupid!”  But, she also says the fact that sheep are so stupid and we are likened to them only proves (You could say teaches---just to prove my point) how much the good Lord must love us…and is still ever so patient with us.  To that I must say… Amen, Miss Frances….Amen!

Today, I’m thankful for sheep…and all they’ve taught me. 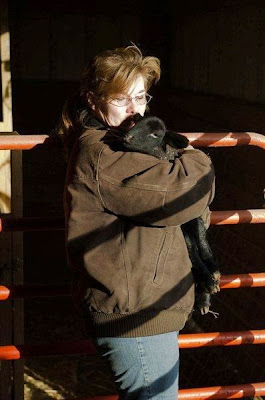