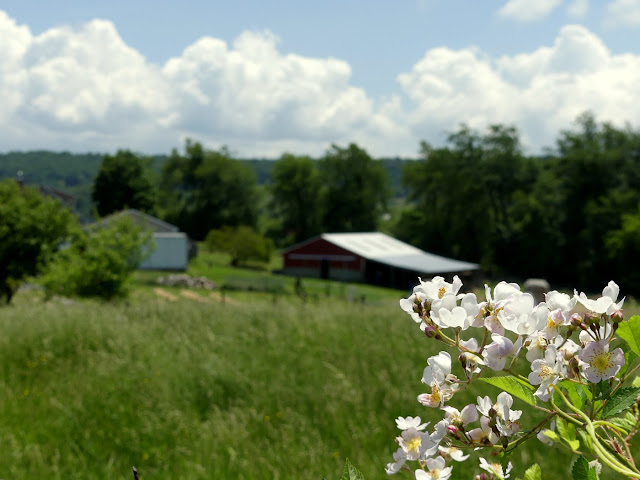 I must have used the term three times in the past week before someone finally asked what I was talking about. So, I guess an explanation is in order. (and, now I wonder what else may need explaining…)

The Spring Sprint isn’t an actual thing. As a matter of fact, I invented the term. We used to refer to it as “sprint season”, you can read this old post.

It starts when the earth finally wakes from its long winter nap and it’s time to do all the things. The grass that was so brown and lifeless now looks like waves on a huge green ocean when the wind blows just right. You can almost watch the “corn pop up in rows” (thank you,  Tim McGraw)   Flowers bloom, birds sing.  New life surrounds us. The urge to get out there and do something/anything is overwhelming.

To those involved in Agriculture, this awakening is just the beginning of what can be a long, hard struggle to “make hay while the sun shines” (literally) as we attempt to get crops of all kinds to maturity. It is quite possible to feel like there are not enough hours in the day, and you will never be able to run fast enough or hard enough to get everything finished. The stress to be successful can overrun the appreciation and celebration that the new season should bring.

In all reality, Spring Sprint is probably a misnomer…it is truly more a type of marathon. A test of endurance. But, there is something to be said for alliteration…

Spring Sprint is always complicated by the weather. And, this year has been no exception. First it was too cold. Then it was too wet. Then it was too hot. Then with the wet again… much of the fieldwork and planting is running behind last year, adding a new level of pressure to an already stressful time of year. All too often, you get one shot at a crop, and if things don’t go just right, it fails and you can’t try again until next year. I reckon that’s why they say farmers have more faith than anyone.

It’s all too easy to start running off in every direction trying to get everything done at once, particularly on a nice day. On the other hand, if you’re in this for the long haul, it’s better to just keep plugging away at your planned course. We need to keep in mind that in order to be sustainable, we also have to be able, remembering to care for our resources, and that means taking care of ourselves as well as our tools.

Once, in my haste…under the influence of the stresses of Spring Sprint, I tripped over the greenhouse hose. Now, before you dismiss this as just another of my klutzy moves (like I did) let me explain further.

As I pulled the hose out of the greenhouse in order to hang it up, it caught on something. So, I yanked a little harder. It gave way and tangled around me. In my attempt to step out of the hose, my bootlace caught on the big watering can. In trying to free myself, my foot landed IN the can. As I worked to extricate my foot, I lost my balance and went tumbling face first into the backyard. Extending my hand to catch myself, the hose sprayer hit my arm, squirting water in my face. As I face-planted, my foot finally came free and smashed the watering can into the back of my calf. I must have jerked my head back to keep from losing my glasses in the free-fall, because mercifully they stayed on. But, my neck paid the price. (Later, the doc said he thought it was a major case of whiplash) As I lay in the grass, I didn’t know if I should laugh (that must have looked like some crazy cartoon) or cry (everything, and I do mean everything, hurt).

I headed inside for a little break, figuring that 10 minutes and some ibuprofen would get me back on track. Spring Sprint was in full swing, I couldn’t give it any more time. There were far too many things vying for my attention to give into the pain.

And, every picking day since has been a pain in the neck. Anything and everything caused it to flare up again. Walking, working the sheep, picking anything, even computer work and holding grandbabies.

We spent hundreds of dollars on doctor visits and two different chiropractors. Tried a neck brace and exercises. Endured a weird interaction between pain prescription and my heart medication. Nothing granted any long-term solution. So, it was actually a relief when other health issues side-lined me late last summer.

Between health issues, surgery, recovery and then a 6-week battle with bronchitis, I spent the better part of six months doing nothing more than the bare minimum for survival. Basically, feeding the humans, the pets and sheep, and doing laundry. (But, I only missed one week of Market) The rest of the time I was sitting. I wasn’t working on the great American novel, or even keeping up with the bookwork. (and, the house was a wreck) I was just sitting. I watched a whole lot of Netflix and even took some naps. It wasn’t pretty, it wasn’t productive. But, in the long run, it was probably necessary.

Needless to say, the 2018 season didn’t start out with a bang. Without being able to work during the winter, there was no way we could have early Spring harvest. But, by that point, I looked and sounded healthy. No one could understand, and it was getting a little monotonous to attempt to explain the lack of greens (our signature product).

Despite the weird weather, a host of growing issues and an ongoing battle with the mouse population, there were finally enough greens to warrant a harvest.

When I headed out to the hoophouse for Friday’s harvest, it was with great trepidation. I really didn’t think I could endure another season of pain. But, we really need the income that the hoophouse crops generate and we hadn’t figure out any sort of back-up plan. And, I said I would do it.

I am a firm believer in “all things work together for good”. (although I must constantly remind myself of this) Even when you can’t see it at the time, things will eventually work out. Even when it seems hopeless. Even when it takes a LONG time. Things DO work out.

This time was no exception.


There was lettuce to pick…finally!

I was able to harvest it…without pain…finally!

The customers were happy to see our product…finally!

So, I guess some good came of those six months of “forced relaxation”. Not necessarily the way I would have chosen to resolve the issue, but it seems resolved nonetheless.

But, maybe the whole idea of forcing ourselves to maintain the whole Spring Sprint mentality needs re-thinking. Maybe it’s time to re-visit Aesop’s Tortoise and the Hare and keep in mind that “slow and steady wins the race”. Certainly, something to think about when keeping up with the ongoing, routine farm jobs.

To that end, I’ve been trying to take time to slow down and notice what’s going on all around us.

The fledgling wrens are just about ready to fly.


There is a barn swallow nest in the rafters of the barn. 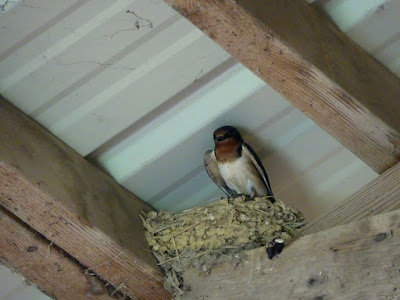 And, we got a couple of planting jobs done ahead of the big rains associated with the first named tropical system of the year.

I made an effort to curtail any destruction by the marauding deer herd, so we might actually get some grapes.

The Boss got the potatoes tilled and hilled, the brassica garden looks a lot better after weeding.

It won’t be long before haymaking around the county gets into full swing.

The sheep are scheduled to be shorn tomorrow.
Blondie and I have been spending Memorial Day shearing sheep for nearly 10 years...you should read  this. It remains to be seen if this year's job will warrant its own post.

Gus and Karma are vying for the prettiest napping spot...who wears it better?

Thanks for stopping by to check in with us.

Have a Happy Sunday!
Come back and “visit” again soon!

Click the link below and take a "virtual" tour of the Staunton Farmers' Market. 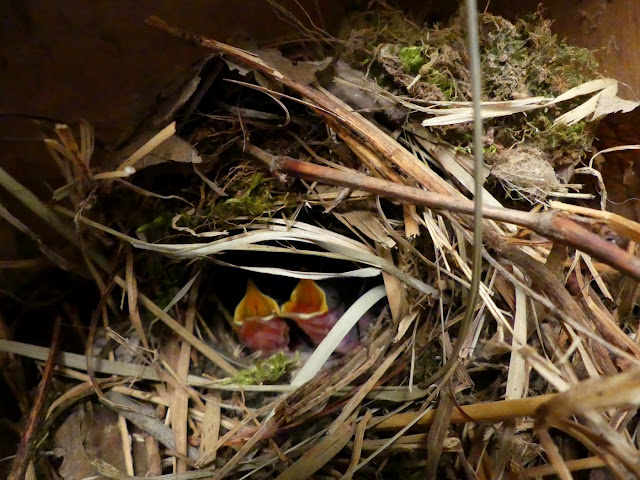 On this date, May 22, 1993, the Staunton Farmers' Market opened for the very first time.
The City and the six vendors were all taking a chance on the farmers' market phenomenon that was just starting to sweep the nation.


It didn't take long for the Market to become part of the downtown landscape, albeit for just a few hours each week. In a place where tourism rules, the Market has been the destination for travelers from around the globe.

For twenty-five years, through dark of night, pouring rain, blazing heat and bitter cold, the Staunton Farmers' Market has been opened to serve the community. (Well, except that one week in 1996 when the Wharf was literally under water following Hurricane Fran)

Not only is the Market a source of homegrown, home-made, LOCAL (all produced within 75 miles of Staunton), it's become a gathering spot on Saturday mornings.

You just never know who you might see at the Market!

It's a place where families can grow and learn and try out their business ideas.

Having a good time while turning a profit...

The Market offers a wide array of fruits and vegetables and even a few unique products...

The Market offers a unique atmosphere of community between producers and consumers, offering a chance to serve others and expand our horizons.

Personally, we've met some interesting, amazing, even famous people. We've learned a lot and have been privileged to be a part of the Market since 1998. More of our story can be found here.

Over the years, the Staunton Market has been used as an example for start-up Markets in a number of other locations. It has served as an incubator of sorts for some businesses that have gone on to bigger and better things. And, it has provided a livelihood for numerous family farms while supplying delicious, nutritious food to our customers.