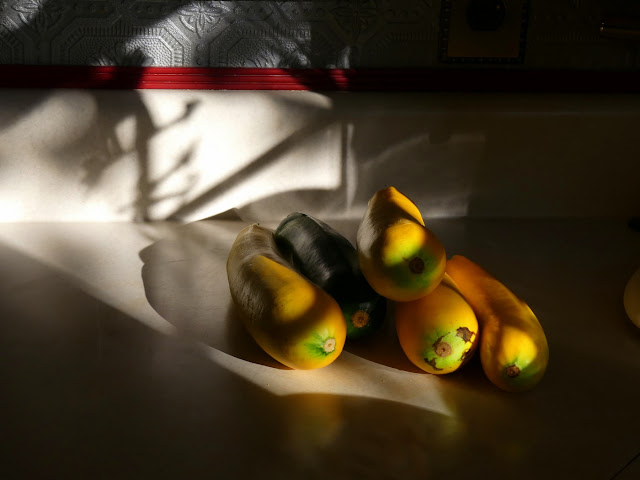 Along about the middle of August, there is a noticeable shift in light, signaling the imminent arrival of fall.

I won’t  try to get all scientific and explain how this change has something to do with the angle of the sun on the earth’s trip around the sun. We all know about it and it happens every year. But, it would be totally understandable if you hadn’t noticed, since it seems like it has been raining for weeks now. If it isn’t raining, we have just finished a storm, or there is one building on the horizon. The lush plant growth does not seem like August, to be sure. While we have not had the astounding totals, or flooding issues that other locales have endured, we have come to seriously appreciate the dry, sunny day!

The wet weather means working in the gardens has been impossible some days. Which, personally, is a good thing. I got caught up on the farm bookwork and can finally see a portion of the top of my desk once more. And, (drumroll, please) we are currently running “in the black”. It is a laughably small amount, (and we’ve still got several months to go) but considering many of the unexpected challenges and obstacles of this year, it made my day to see that things weren’t anywhere near as bad as I had expected.

And, speaking of challenges, I have at least another week in the boot. Last week’s trip to the ortho-doc didn’t get me very far. (and I had to explain to at least 3 people that it was NOT my ankle but my foot) He thought it was a torn plantar plate (the ligament that affects toe extension) and that I should return to my podiatrist. The podiatrist was worried about a stress fracture (which more x-rays revealed it was not) and wants me to stay in the boot until the custom orthotics (that should keep this from happening again) are ready at the beginning of September. So, I’ll be hopping a little longer, but it doesn’t hurt like it did and there’s some light at the end of the tunnel. But, it is truly amazing how something so small has affected life in such a large way.

Despite the rain and the boot, we did get some additional broccoli and cauliflower planted. Our original plans included far more plants, but the wet weather caused lots of delays, and that meant we missed our planting window. Which, honestly, is okay. Personally, I am done. Just done with this season. I would like to just shut it all down until next year. But, that’s not how any of this works. You can’t just give up without seriously affecting the next season…and the next. So, you keep plugging away. 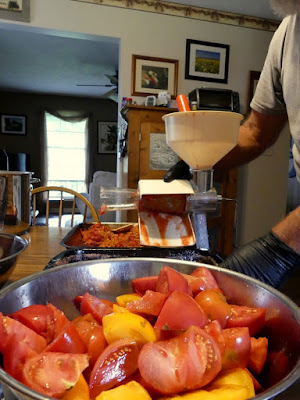 To that end, we made use of one rainy morning and sauced tomatoes. The wet weather makes the tomatoes split. Split tomatoes don’t last. At all. They rot quickly, and all sorts of pests eat them. As a producer, this is a real bummer. But, as an eater, it can be a bonanza, if you act with haste. Working as a team, we were able to pick, wash, cut, sauce, cook and can the winter’s supply of tomato sauce in short order. We even made some pizza sauce!


And, there is good news from elsewhere around the farm

Not only did the Boss find green and wax beans for this week’s Market growing among the weeds, but the succession planting is looking great. The plants are covered with blossoms that should develop into beans just in time for next week’s Market. He found some butternut squash, too. I thought that crop was a complete failure, so that was a pleasant surprise.

Then he bush-hogged some of the old, spent crops. That always makes things look tidier in a hurry. And, that in turn lifts our somewhat flagging spirits. Like I said before, this time of year it’s hard to be enthusiastic about the garden and growing things. Maybe it’s our response to the change in light. Even if you can’t see it, you sense the shift. And, personally, I welcome it. I am ready for the seasonal changes. Different foods, different clothes and some different activities.
A few random shots...

But, before we get all excited about changing seasons... it's time for Market once more.

It was a beautiful “fall-like” morning and there were lots of shoppers. There wasn’t much left at the end of the morning, although it does look like we’ll be canning tomatoes this afternoon. (not complaining about that one…just thinking up recipes)

It looks we have several jobs that are going to require our attention on our “day off”, so I will close this post right here.

Posted by Barbara at 9:11 AM No comments: 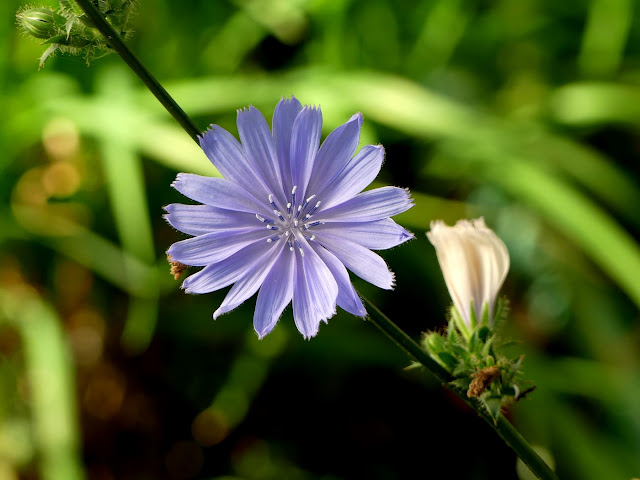 I’ll let you in a little secret…by mid-August, the whole gardening gig becomes a real drag. The weeds, the bugs, the disease…ugh.

The beautiful lushness of the early season is long gone. Many of the plants have given way to pests or disease. The weeds have become an impassable jungle. It’s hot and humid and everything looks tired.

A great deal of self-control is required to resist that urge to take a bush-hog (or possibly a blow-torch) to the entire place, plunk a “gone-fishing” (or maybe a FOR SALE) sign and head to the islands.

In actuality, that will never happen. (mostly because I’m not a big fan of the beach and that whole sand in your underwear thing) We’re also no quitters and this place provides our livelihood.

We still have 14 weeks of Market to provide for, breeding season for the sheep has just gotten under way, and winter preparations are never far from our thoughts.

So, we figure out a way to get over the serious case of summer doldrums and go on.

That means accentuating the positive and minimizing the negative. That can be a challenge, but it’s what gets us through the difficult times.


They say that for every fog in August, there is a snow in winter...
We've had a LOT of foggy mornings!
Which is interesting, because I read that the weather for winter is settling into an El Nino pattern. Historically, those bring lots of snow. Not a big snow fan.

But, the misty mornings are really pretty! 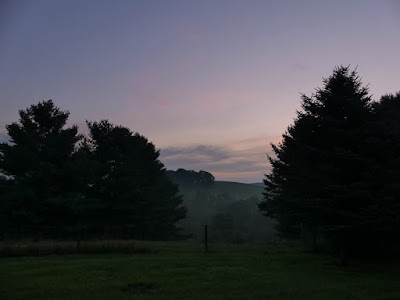 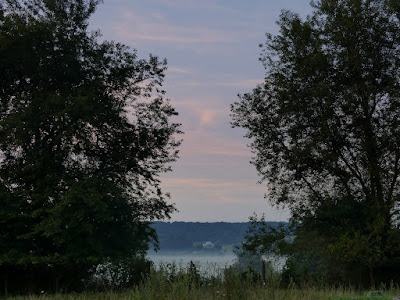 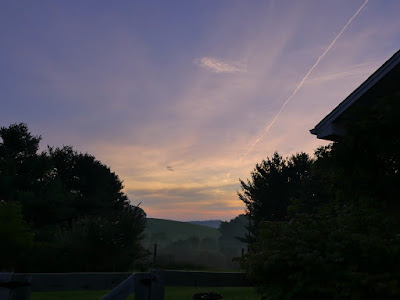 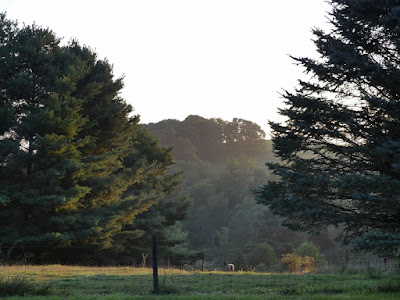 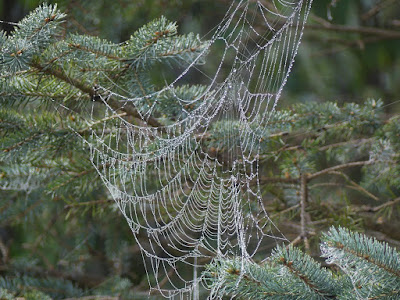 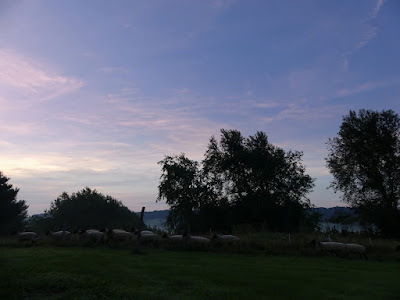 We ended the week with another family birthday celebration. I guess I should have written a new post for a new milestone. But, HAPPY BIRTHDAY to our eldest! And, here's a repeat of another birthday post.  It's lots of fun to watch the next generation grow and play. 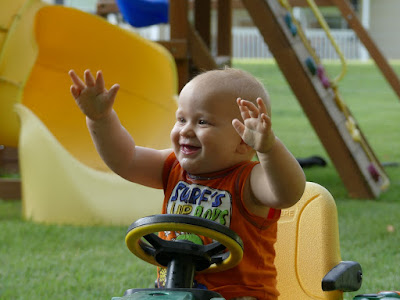 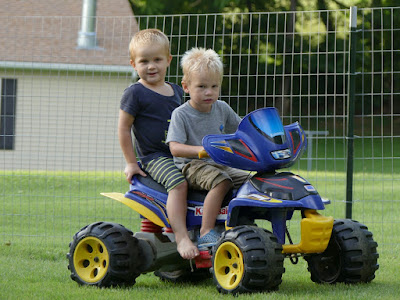 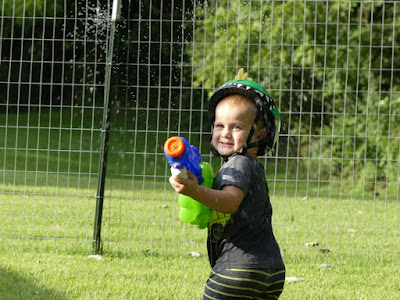 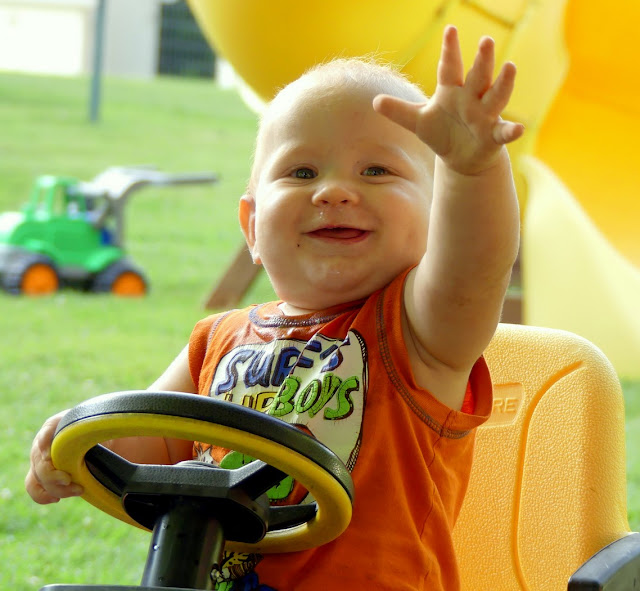