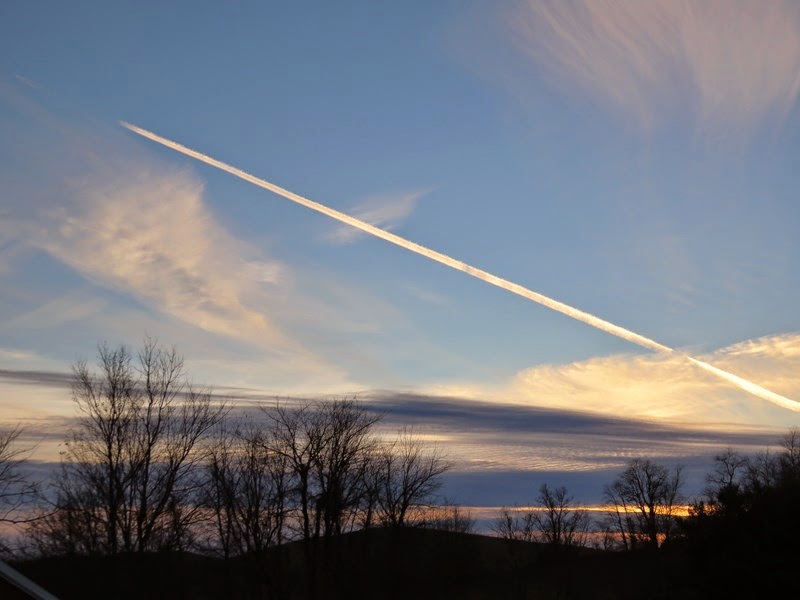 Well, we got through another week here on the hill!

It wasn’t a particularly noteworthy week.  But, I suppose it had its moments… 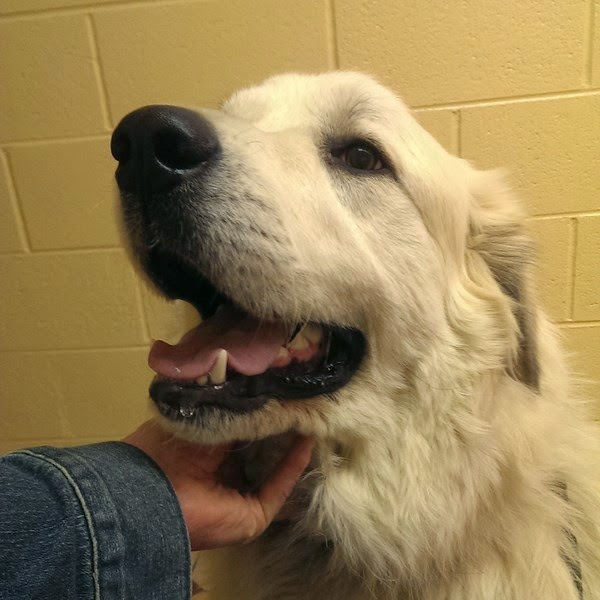 After Monday’s town run, it was time to take Gus to the vet for his annual check-up. Although Gus has finally gotten over his wailing in the car all the way to the vet AND he didn’t have any “accidents” this time, it was still fairly stressful and more than a little embarrassing (and I won’t even tell you how very much it cost. Yikes!)

Gus is a homebody. Or would that be a home-dog?  Whatever the case, he has absolutely no desire to leave the farm.  Ever. He doesn’t ever try to run out the gate, unlike our old dog Jed, who would go heading for the great unknown anytime he got an opportunity. (the stories of my dog-chasing forays are legendary…)

The Boss and I had to work in tandem to shove Gus’ big, furry self into the back of the car since he really, really didn’t want to go anywhere.  At the vet, it was a struggle to get him through the door. The little vet tech needed to weigh him and thought she could simply lead him to the scale.  Wrong.  She pulled, I pushed…we made a little progress. When he finally decided to walk along, he began to gallop, dragging the little vet tech behind him. He actually weighs more than she does!

But, he’s healthy. And huge. He now weighs in at 110 lbs. When we left, he became 110 pounds of dead weight.  I tugged and pulled and pushed, trying to get him back in the car.  Then, his collar popped off!  After a moment of total panic (the clinic is right next to a busy, busy road), I got it back on him.  (he was so panic-stricken I don’t think he noticed) One of the veterinarians and a tech saw my struggle through the window and came to help.  It took THREE women to put him back in the car.  I’m pretty sure they were glad to see us leave!

Life returned to normal when we returned to the farm. Thankfully, I don’t have to repeat that performance for another year! (Ellie Mae’s trip to the vet next month should be a breeze.  She seems to appreciate all the attention as everyone in the clinic tells her she’s beautiful.)

We took a little time off this week to visit some friends. We’d been promising to visit for quite some time and they wanted us to get there while their puppy was still a puppy. Well, technically speaking.  This is Ralph, he is a St. Bernard...and he is seven, just seven, months old.
We had some serious explaining to do when we got home. Gus and Ellie could tell we’d been loving on another dog and it took a fair number of dog cookies to get back into their good graces.

Then, it was off to buy a washing machine! I suppose if I was truly a tough, frontier woman, I would haul all the clothes down to the creek and beat them on a rock.  But, that’s just not happening.  And, while this is not strictly a farm purchase, it does actually affect farm work…and in more ways than us having clean jeans and underwear!  (I’ll get to why/how in a minute)

The transmission on the old washer was shot, or at least dying a slow and painful death.  Horrible grating sounds had become part of laundry day, and my biggest fear was that it would be full of water (and wet, soapy clothes) and it would finally die. That was a mess I had no desire to face. The part alone was over $200.  And, wasn’t a job the Boss could tackle, so we’d have to pay the repairman.  By the time we added everything it was nearly the price of a new one. And, Lowes had washers on sale.  So…off we went.

There were about 11 million different machines.  I began to think I should just stick with the creek and rock idea!  No…we really need a washer.  But, our particular washer needs are slightly different than the rest of the world’s. Like everything else around here, our washer needs to multi-task.  This time of year, the Boss brings his egg washing/ vegetable cleaning jobs back in the house. Because It's time to "Bring it Inside" Personally, I’d rather all the mess from those jobs stay outside, but I really don’t want him to freeze to death. The cleaning jobs mean that all those washers with either rounded edges or glass tops were out. As were a number of others for various and sundry reasons. 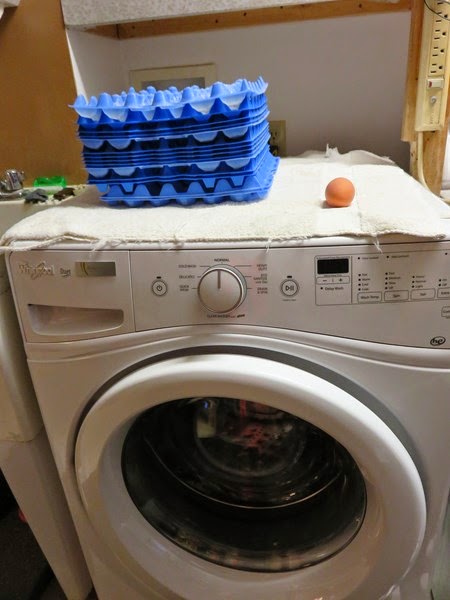 Long story, short.  The new washer has a big, flat top…perfect for washing eggs and veggies. Lowe’s even delivered it and set it up for free. (although it was somewhat aggravating that they didn’t arrive at the scheduled time)  But, the best part might be that it makes virtually NO noise when cleaning the clothes!  And, it saves me many trips to the creek, and I really didn’t want to wash clothes by beating them on a rock. 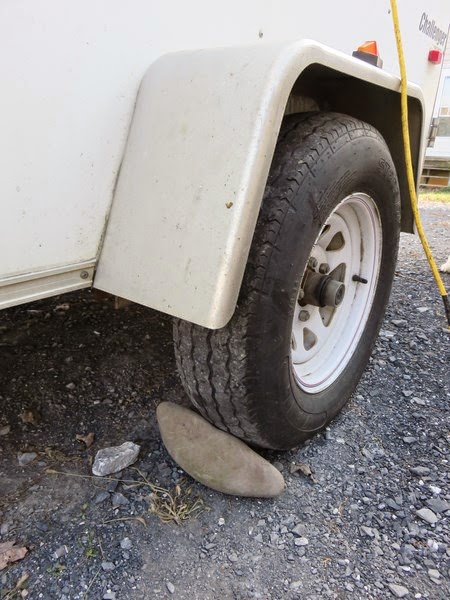 The Boss has this big river rock that he uses for a wheel chock for the trailer. (yes, we did have to chase the market trailer down the hill into the gardens once long ago. Fun times…not) The Boss leaves the rock at a specific place in the driveway, where he backs over it, knowing that the extension cord to the freezer in the market trailer will reach and the trailer will stay put.  But, the rock seemed to be moving.

I have no idea WHY Gus felt it necessary to pick up a rock.  Let alone a big rock (it weighs over 8 pounds, I checked)

But, he did.  He pulls it out and then barks at it.

There’s no denying it. Gus is just odd.  (which is why he fits in so well here on the hill!)


The prediction of cold, cold weather left us no choice but to get the final garden clean-up completed.  The Boss pulled out the tomato trellises and dis-connected the irrigation lines.  Then, he bushhogged over all the mess, leaving a somewhat tidy garden for winter.

I’m not sure if he’ll get a chance to till the vegetable beds prior to the winter weather, but, here’s hoping.

After I salvaged what was left of the crops in the lower garden, he put up some fence and turned the hens out to work “clean-up”.  They will pick and scratch for a while, eating seeds, weeds and grubs.  This will aid in keeping the garden neat and keep the eggs bright and tasty. 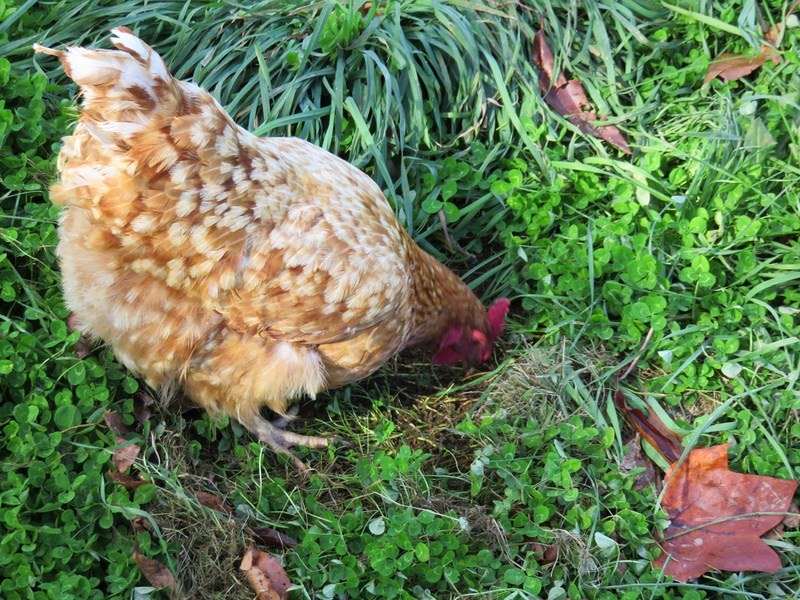 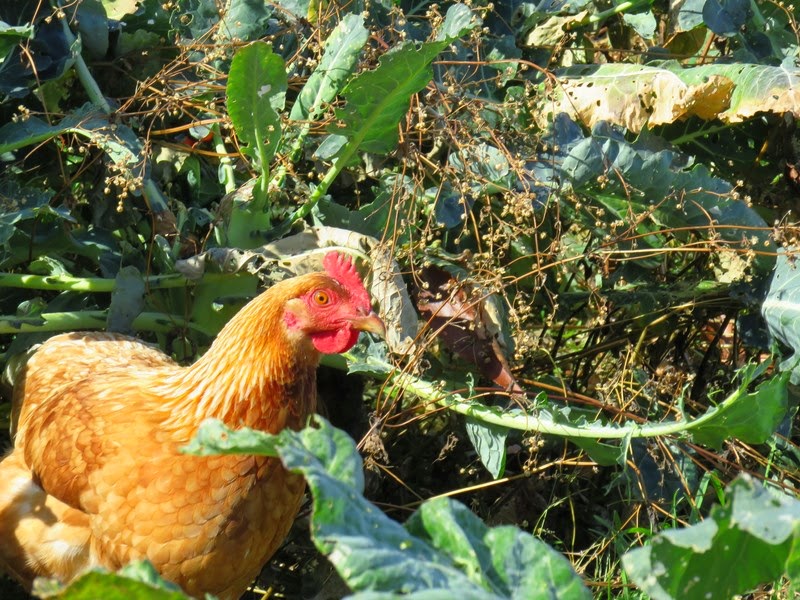 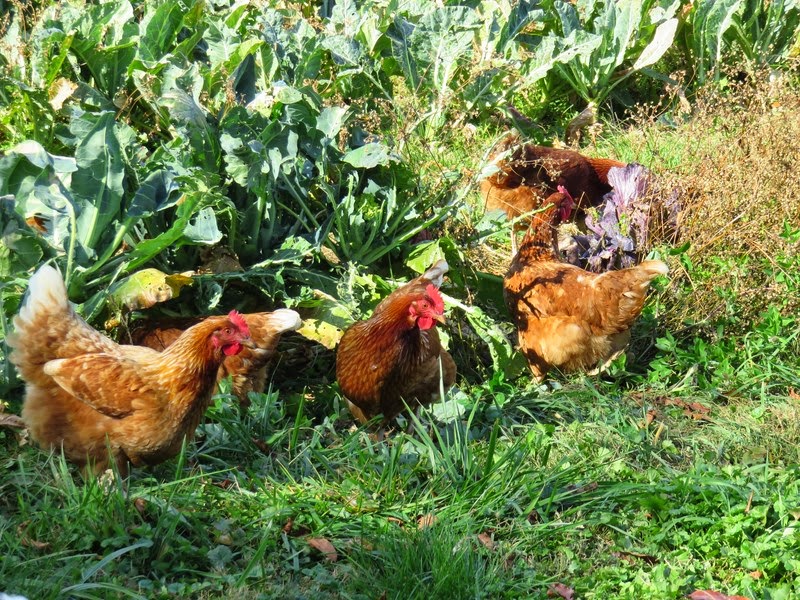 …and if you were wondering…the “camp-out hens” I mentioned last week are still attempting to sleep under the stars.  We are still heading out in the darkness for a nightly hen roundup.  The Boss is going to do yet another henhouse remodel in hopes of luring them inside without nightly human interaction. Guess we’re headed to Lowe’s again…our HOME away from home.

After the Boss set off for Market in the COLD and dark on Saturday morning.  I headed out to feed the animals and break though the ice so they could get a drink of water.

When I got to the barn, there was all sorts of commotion.  Screeches and bangs were coming from an empty feed can that Squeekie and Gus were intently watching. Suddenly, a rat jumped up out of the can!  So, I started my Saturday by killing a rat…with a shovel…at 5:27am. Wonder how many other women can say that?

With the exception of the rat, some very thick ice and a couple of totally frozen hydrants, chores went without a hitch. 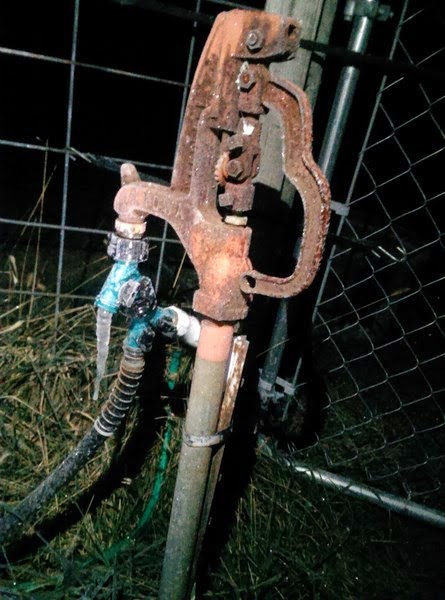 I’m pretty sure the low temperature was a record.  At the end of the Market, another vendor noted that we’ve had pretty much every kind of weather possible at the Market! We’ve had hot, cold, torrential rain, snow, the aftermath of the Derecho…but, then she pointed out that the VA earthquake happened in the middle of the week. I had forgotten the earthquake…did you read this?

Just one more week of the Market.  Then, it will be the “off-season”. Which, for the record, does NOT mean we are going to hibernate ‘til Spring. Most folks are surprised to find out how much goes on around here in the Wintertime.

But, that’s about it for this week.

Thanks for stopping by!  Come and see us again real soon.

In all seriousness, I am convinced that anything is possible if you put your mind to it. Really.

Be sure to check out the 30 day Ag Blogging Challenge! Here's the link.