Did you know that farmers are probably the best recyclers out there? 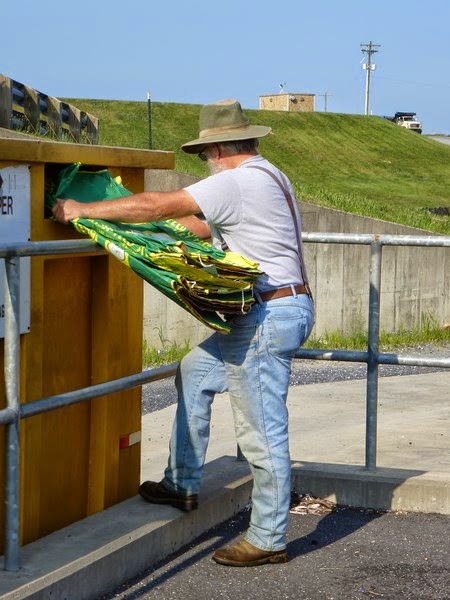 And, I don’t mean just making sure that all those feedsacks get in the mixed paper bin at the dump, either.

Farmers do a LOT of recycling.  And care deeply for the environment.

As part of our efforts to be good stewards and care for our environment, we are ever mindful of waste. So are all our farming friends.  That’s why most farms have a “junk pile”.  You know, all that stuff that’s just too good to throw out, but looks like it has some potential…?  Some of that stuff is worth its weight in gold.

Shortly after the chicken massacre, the little wheels in the Boss’ head started turning.  He had a great plan for a new, secure, but yet mobile chicken house.  But, he needed a few things.

Rather than head out to the store, he first checked the Bulletin Board.  (You must understand that this was back in the days before widespread computer use and Craigslist had yet to be invented.)

The Bulletin Board is a local bi-weekly publication where you can find all sorts of stuff, neatly listed in categories. I do mean ALL sorts of things.  The girls and I used to find great amusement in reading some of the more “interesting” ads out loud at lunchtime…complete with dramatic voice-overs. Alas, the days of amusing lunches are long gone, and the Bulletin Board lost a great deal of its popularity (and usefulness) with the advent of Craigslist.

But, back to my story.

He found that someone was selling the axle used to haul a mobile home for next to nothing. With his plan firmly in his mind and something like 20 bucks invested, he was ready for the next stage.

One of our neighbors is very handy and used to do tractor/truck repair work on the side.  He always has bits and pieces of odds and ends that look useful and made it clear that “if ya ever need anything…”   Somewhere in all the stuff, the Boss found a frame that would work for hooking to the chassis to make it “pull-able”. He worked and welded and thought a little more.

The frame went into the shop, where he built the chickenhouse on top. He even painted it the same color as the house and used leftover house shingles for the roof. I really, really didn’t think it was going to fit back out the door.  But, it did! 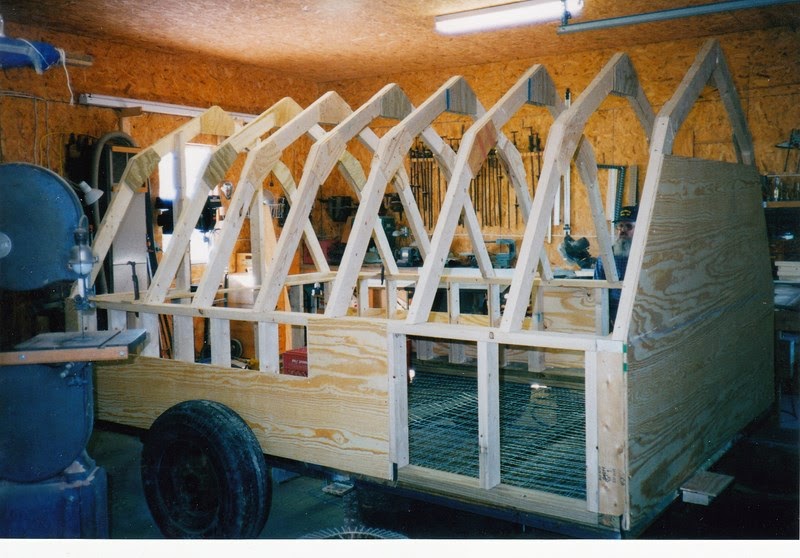 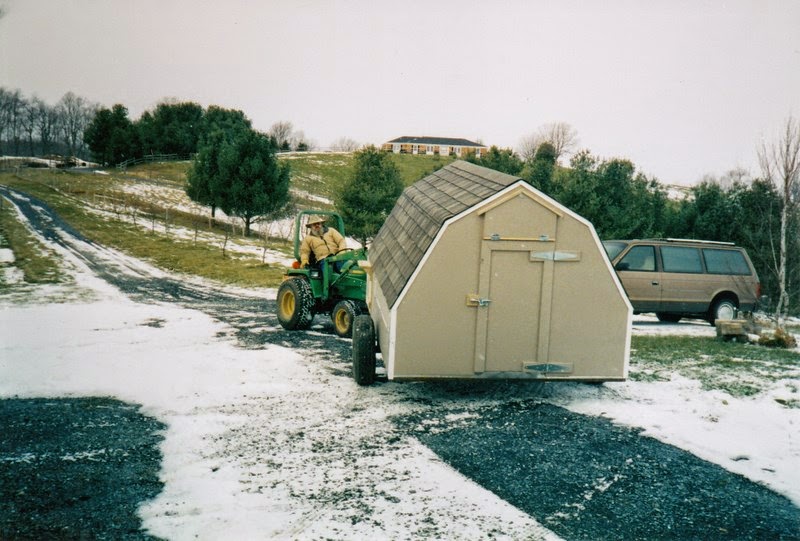 Once placed in position, the hens were safe, the pen portable and the eggs easy to gather (the house even had little flaps that opened to the nestboxes) 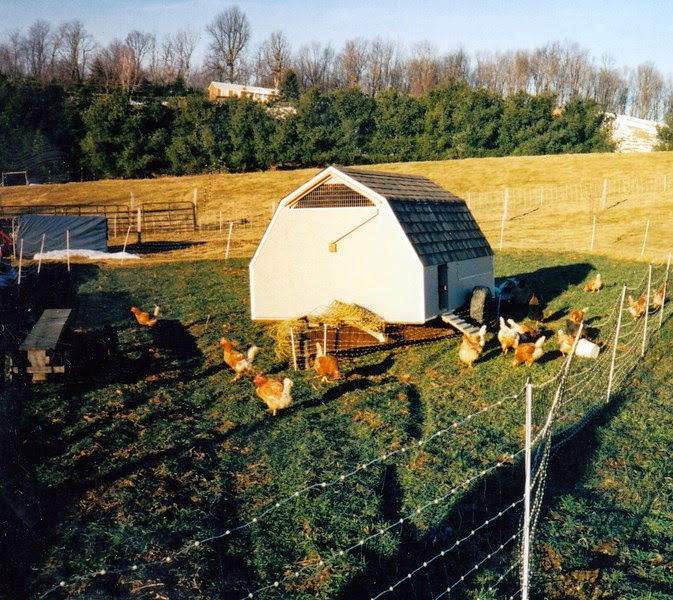 The piece de resistance of recycling/re-purposing.

When it became obvious that we needed a bigger henhouse, (yet another “recycling” project…did you read All the Modern Conveniences?) the cute little henhouse sat in the backyard for a while before becoming a shed.  Parked down by the hoophouses, it was a great place to store all the bundles of electro-net and soaker hoses during the off season. It really didn't matter that the tires went flat and the whole thing fell into a state of disrepair.

But, those little wheels were turning again.

You know…that would make a great brooder!

Once again, I really didn’t see it…but, years of experience with the Boss’ brainstorms have taught me to wait for the finished project and be impressed.

A new floor and some lights and we had a great new brooder.  One that allowed headroom for standing upright.  Believe me, this is important when catching chicks to put out on pasture!


By now, the henhouse was on life #3, but improvements were in the works again.


After years out in the elements, the plywood sides were showing their age. Those little flaps for nestbox access were really unnecessary. And, it was just a little dark inside.  It was time for poly-carbonate panels.

These allow daylight to pass through, warming the chicks and brightening the house (heatlamps are still used to maintain a steady temperature). It also allows us to check on the chicks without opening the door….and it looks very cool (and slightly weird) at night.

All of the various incarnations of the henhouse/shed/brooder may have been the best example of Reduce, Reuse, Recycle  I have ever seen!

THINK, THINK and THINK again before you throw that “junk” away. (although I promise my daughters I am not advocating hoarding)

The bumpersticker on the vet truck is right.

“Farmers were the first environmentalists!”

This quote is attributed to Al Gore and you can read more about it HERE.