The World Through Rain-Spotted Glasses 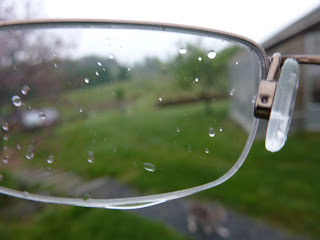 There is nothing like awakening to the sound of rain on the roof after a dry spell.  For weeks now, I’ve been struggling: I haven’t really been able to concentrate, I felt like I was holding my breath…I’ve just been hoping, praying and waiting for the rain. Every time I walked outside, I could see another casualty due to the lack of moisture.  I could have sworn that I heard the little transplants gasping out “water!” as I walked by.  There was nothing I could do.

But, sometime in the night the rain began… 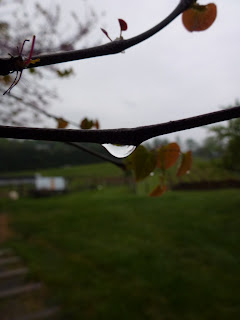 Despite the fact that the Boss is ALWAYS telling me that everything will be okay, and that I shouldn’t take things to heart so, I was beginning to worry.  …and I saw his face light up this morning when I told him about the rain.  He didn’t mind that it meant he would have to spend hours and hours in the wet at the Market.  While he would have been happier if so many vendors hadn’t bailed because of the rain…the moisture is crucial to the rest of the season, so he is rejoicing as well. 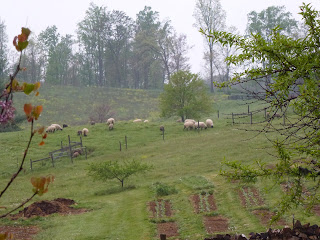 The world looks so different this morning. (…and not just because I could really use windshield wipers on rainy days) The grass is greener, the flowers brighter and the soil even LOOKS more fertile. The sheep are grazing in thick, lush grass.  I am feeling SO encouraged!