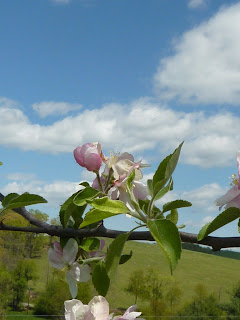 Earth Day had its beginning on April 22, 1970.  I didn’t know about it then, nor do I think I have ever knowingly observed it despite the fact that this seems odd for someone so closely connected to the land. Earth Day has always been just another day.  However, April 22 is etched in my mind, my heart…my very being.

On the fortieth anniversary of the first Earth Day (I remember hearing the mention on the news), our eldest daughter, her husband of just 7 months and their dogs were nearly snatched from us forever by another person’s reckless behavior.  As they returned from a pleasant evening of errands, a juvenile driver, reportedly under the influence and definitely over the speed limit, passed another car on a blind hill, in the dark on a country road and hit them HEAD-ON with an impact estimated in excess of 100 mph.  It took the rescue squad an hour to extricate her from the wreckage and they gave hear about a 5% chance of survival as the helicopter lifted off to transport her to UVA. I will skip the details…but, to say that the situation was grim would have been an understatement. 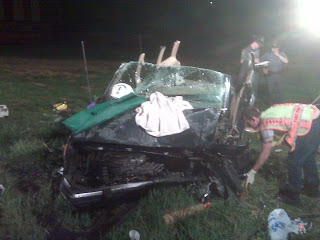 We thank God that Stuarts Draft Rescue and Aircare 5 were successful in their heroic efforts to save our daughter’s life.  SiL#1 was also injured, but far less severely. He was a rock throughout the entire ordeal. He will probably never appreciate how much he touched this mama’s heart… (and for those who may wonder…yes, the dogs survived as well.)

In survival mode, there was no time to ask the pressing questions.  That was a good thing. We all just “hung on”…did what we could, and held onto each other a little tighter.  If anything, the horrific episode just served to make us all a little more caring and concerned for our fellow humans.

From the moment that the incident occurred, we began to see the work of the “ordinary angels” among us.  First responders, far-flung family members and total strangers impacted all of us in some amazing ways.  At the time, I attempted to chronicle the details to note all those involved…to say thank you to each one…but, I failed miserably...

Many of the “systems” failed our kids and us that night and in the following days…and there was never any possibility for real restitution and NO hope for justice.  But, because of all those “ordinary angels”, a lot of that didn’t matter.  The love and concern that was shown our family will never be forgotten.  Phonecalls, visits, letters, contributions…some from complete and utter strangers…

34 days at UVA (17 of those in ICU) were followed by months of healing and waiting to begin the physical therapy stage. Physical therapy was difficult and was followed by a lot of hard work to get back to “normal”. But, those “ordinary angels” were the folks who got us through the whole, long ordeal. There are some amazing people in this world, and this experience granted us all a new appreciation of those among us who are willing to put others first, to grant encouragement and love to others with little concern for the cost to themselves.

I have always loved this song by Craig Morgan.  The events of the past two years have given it new meaning.  To each of those who reached inside themselves and found that “superman ready to take flight…and save a life”, I thank you from the bottom of my heart.  I can only hope that when faced with the opportunity to touch another’s life in meaningful way, I will be able to respond in kind.

Two years later, the date gives me pause.  We do not let the day pass without making a point to thank all those who worked so hard to give us the best possible outcome. The passage of time has caused the scars and memories to fade…but, unfortunately, there are still hard parts to work through.  The question as to WHY may remain forever unanswered. There are some things we might never fully understand and the Spring of the year is a bittersweet reminder of the past.   Hopefully, one day it will just be a day for rejoicing. 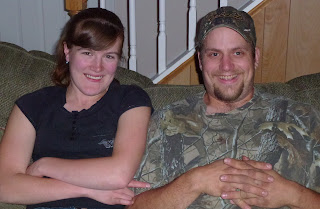 We’re so glad these two are still on Earth TODAY!