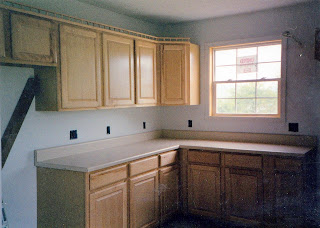 In addition to preparing food for the family…there was that 10 year stint of breadmaking. In excess of 25,000 (yes, THOUSAND) loaves of bread and/or pans of rolls were mixed, rolled and baked in our kitchen. 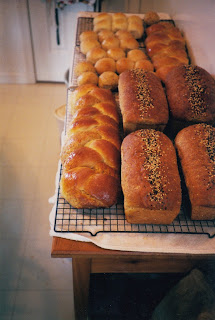 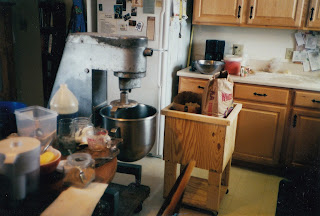 ruled the kitchen on Fridays as baking for the Market took over the entire house. I suppose this would explain why we have also had 3 or 4 stoves, 2 microwaves and 3 refrigerators. “Big Mo” has since moved on to mix elsewhere. Mercifully, all current baking done is on a family scale, not the huge amounts required for Market. 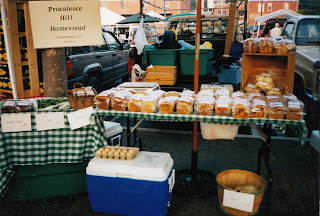 The kitchen has been a workspace defying precise description. Schoolwork and art projects were done on the kitchen table. Discussions concerning life’s deeper subjects have been had while trying new recipes or washing the dishes. Various baby animals made their way (albeit temporarily) into the house for various reasons. I know I've seen lambs and kittens and chicks in my kitchen. I seem to remember a pony coming through...perhaps that one was only a dream. Surely, no one would think to bring their pony in the HOUSE! There was once a wild bird flying about for a short time. Not to mention a parrot...and parakeets. 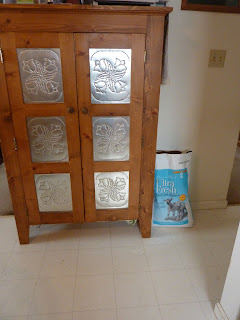 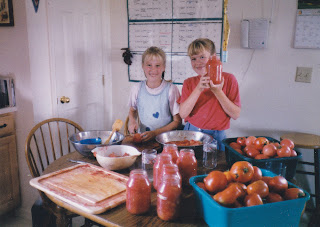 and some serious deep cleaning for VDACs kitchen inspections. It is the heart of our home, and as a farmhouse kitchen has seen uses suburban or city kitchens never would. 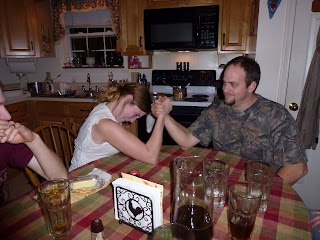 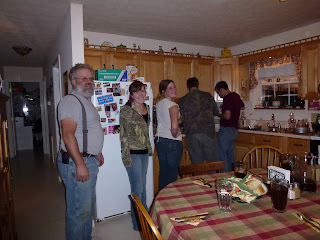 The kitchen has served as a research station, experiment lab and entertainment center.

In short, it was ‘bout time we did a major overhaul.

It took four coats of paint, some wallpaper and new outlet covers. 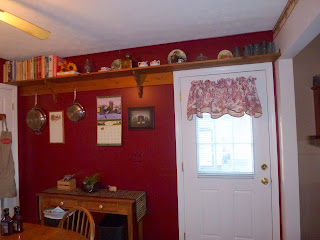 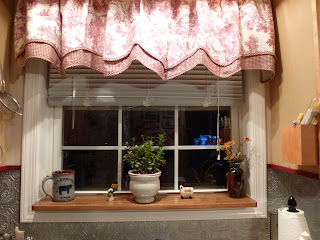 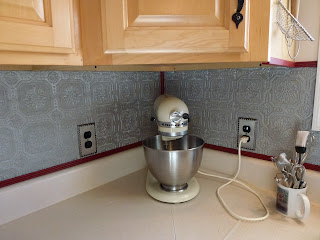 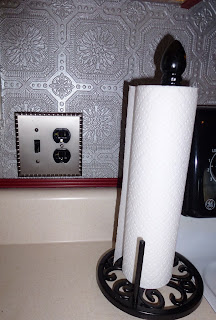 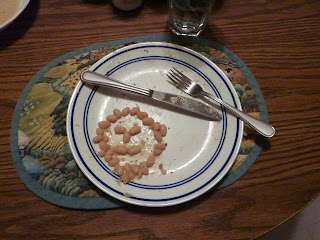