Time seems to be flying… (I sure do say that a lot!)

This past week was filled with the hustle and bustle of food preparation. I found a couple of new recipes that were really good.  ...and the lamb roast was quite possibly the most delicious thing I have ever eaten!

In the midst of the food prep, we had to stop and re-arrange the barn.  The forecast included some dire predictions of the “white stuff” which, thankfully, were grossly overstated. (just enough to be pretty...not enough to be a problem!) 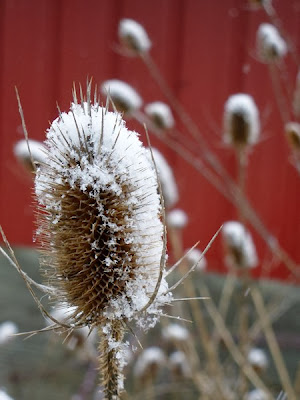 However, the ewe lambs were convinced they were going to starve and/or freeze, or quite possibly, both…so they were allowed one night of hay in the barn. (only because I am an easy touch) The Boss is quite the “hay miser” so back out to pasture they went as soon as possible. 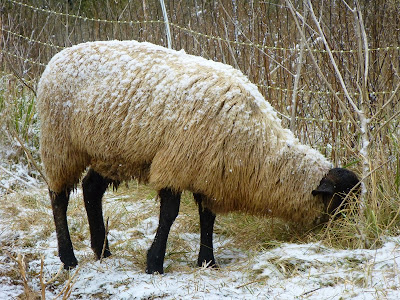 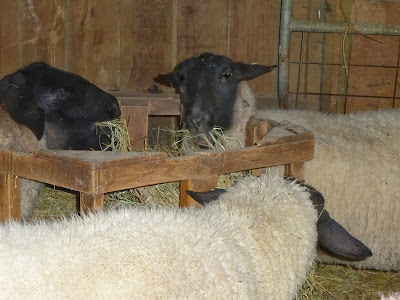 Most of the snow was gone by morning…I think Gus ATE most of it.  If we can harness his propensity for eating EVERYTHING in sight, we may never need to shovel again! 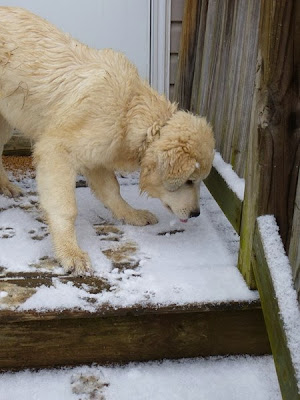 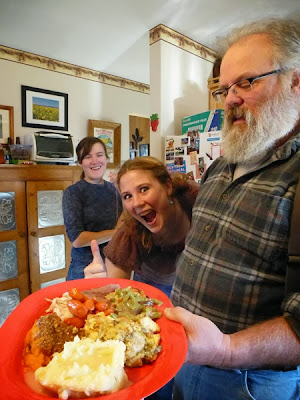 Thanksgiving was full of food and fun and the “mad-lips” got pretty hilarious. (yeah, somebody misunderstood...and it stuck)

Last Sunday, the Boss checked out an attractive fencing job out Mbrook Road.  He’s got a load of lumber coming on Monday in hopes of finishing his little project out front. 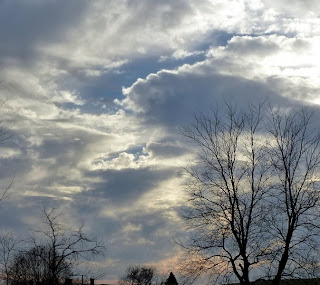 Another cold day today…
...so I’m taking one more day “off” and perusing my favorite seed catalog before tackling the daunting task of cleaning/organizing my desk prior to getting caught up on bookwork.

Thanks again to Holly Spangler for the 30 days blogging challenge...and thanks to all of you who followed along!