A Day Late...and A Dollar Short 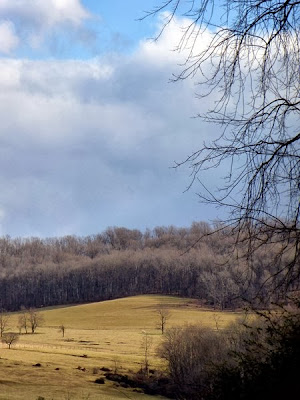 I had hoped to write a really good THANKFUL THURSDAY post for the last Thursday of 2013.  Maybe a year in review…like my daughter did over at Cheap Farm Chick. Read Cheap Farm Chick--Year in Review  (She’s just getting started with her blogging adventure…please show her a little “blog-o-sphere love” and check it out!)

While I was deciding (and doing a bunch of other stuff), there was a phonecall…that hay that we left waiting in the hay guy’s barn?...yeah, it needed attention…RIGHT NOW!  The story of the hay is a story for another time, but suffice it to say---my blog post became low priority in a hurry.  After re-arranging the barn and my day and then the actual hay hauling (and the time we spent visiting with the hay guy and "the missus"), there was the rushing to catch up with my interrupted agenda, then chores and supper---and some tired muscles. And that was that. 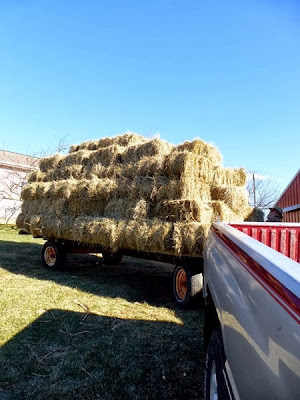 So, there you have it…the story of my life…"a day late...and a dollar short."

The dollar short part may be a mis-statement though…we have found that the Good Lord provides for our needs…right down to the penny most times!


…and that probably sums up my Thankful Thursday, too. And while I should be out picking greens for tomorrow's delivery, this seemed important enough to delay that as well.


We have faced some troubles this year.  The weather was most definitely NOT cooperative.  The Boss and I both faced some unforeseen health issues (all I can say about that---Getting OLD ain’t for sissies!) We had a number of losses that were both unexpected and costly.  For a while we thought the Market was in jeopardy and then it looked like very heavy-handed government regulations concerning small farms were a given. All these troubles (and many more) caused a lot of extra work on our part and more than a little worry.

But, in every single case, our needs were met. Every.single.time. And in more than one case, in an overwhelming way.
.
…and that seems a fitting end for the final THANKFUL THURSDAY post of the year.

I (WE) give thanks to the Good Lord for meeting each and every one of our needs here on the hill this year!
(and every year for that matter)

**And a special THANK-YOU to all of you who read my ramblings on a regular basis. It’s nice to know that folks actually do read the words I dispatch to the cyber sphere on a regular basis.  I hope you’ll leave me some comments and feedback. If you like what you read (or even if you don’t) I hope you’ll share it with your friends.  I look forward to hearing from you in the upcoming year!**