“there’s a lot of bad –isms in this world…the worst is commercialism. 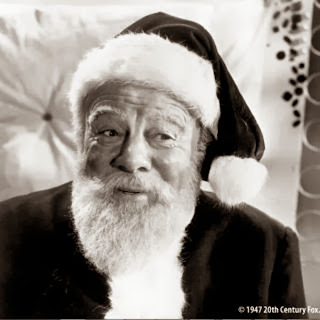 It seems that  a lot of us could learn a thing or two from “the jolly, old elf”…Kris Kringle. (particularly those of us involved with food production AND marketing/sales.)


Here are a couple of things I take from what is quite possibly my all-time favorite movie.


Kris didn’t say mean and untrue things about others.


Yeah, I am looking at YOU, Panera Bread. 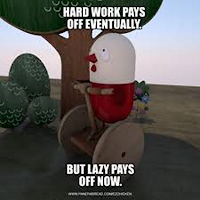 Don't insult farmers. (particularly since you profit from selling FOOD) That was wrong! Dairy Carrie said it better.You should read this.


Kris used his imagination for good, wholesome entertainment and not to evoke horrible, untrue images.

Sorry, Chipotle…but, that scarecrow idea of yours was most definitely a bad use of imagination!


Unlike the television and music stars, some comedians, popular authors, certain magazines (Rolling Stone's horrific anti-farm article comes to mind) and outspoken activists of today, ol’ Kris Kringle didn’t force anything on those little children or their parents just to make a another sale and garner a little publicity for himself.  As a matter of fact, it didn’t seem like he ever thought about himself.

It is very easy to get caught up in beating the competition, to go along with the name-calling and perpetuation of falsehoods and fear-mongering that are so prevalent in today’s marketing…in order to “make a  buck” and make a big name for ourselves.  I’m pretty sure I’d get a lot more fans if I spouted off about the evils of Monsanto and biotechnology or if I blasted “factory farms” and anything different than the way we do things here on the hill.  But, I’m not willing to spread falsehoods and give up my integrity just to have a couple more people “like” me. (although I admit to more than my fair share of frustration when it feels like no one is paying attention)

Since we direct-market everything produced here on the hill, we talk to folks about food on a daily basis and depend on our weekly sales for our livelihood. To this end, we stay abreast of the current trends and issues in the world of food. (this is becoming a daunting task)

Many people are scared to death about food choices because of things (lies) they have heard perpetuated in the media.  In order to better serve them, we’ve made every effort to get educated on the buzzwords. I’m here to tell you…a whole lot of the stuff you’ve heard about Agriculture is completely untrue!

When somebody comes with a concern, we address it…without calling names or questioning practices.

Truth is the most effective weapon against fear.

If someone is looking for a product we don’t have, we’ll tell them who does. (Just like Kris did)
It doesn’t matter if the “competition” gets a sale… it isn’t all about the money in the long run.

Because…here are a few things I learned from Kris.

LISTEN---he knew what that child wanted…and he knew how to meet that need. When the little boy wanted the fire engine, he didn’t hesitate to tell the mother where to get it (even if it wasn't his employer) ---while she was grateful for the help, she was even more touched by the selflessness of the act. It changed her attitude and her behavior.

SPEAK- their language ---a little Dutch girl came to visit “Sinter Claes”…not only did he listen, but he answered her in words she could understand. That act alone was priceless. 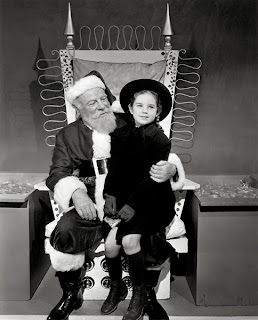 TAKE TIME---he spent a lot of time with little Suzie and the other characters. That’s precisely how he knew what they needed and how to supply that need.

BACK IT UP---be willing to prove your claim.

DON’T BE SHY---Kris didn’t hesitate to “tell it like it is”.  While this is often uncomfortable, if done in a kind and gracious manner, the results can be amazing.

KEEP IT CIVIL---good manners go a long way!  Kris didn’t yell or scream, he just kept spreading his message in a gentle way.  And when it finally became obvious that he was dealing with pure meanness and wasn’t going to make an impression without some sort of force, he stopped at one good thump on the head.

STAND TRUE---even when it looked like things would end badly…that no one believed him, Kris never wavered in his convictions.  Part of the miracle was that others came to see the light and he was indeed proven to be who he said he was.

FOLLOW THROUGH---I don’t know how he did it, but he managed to find a way to fulfill Suzie’s one wish.  That went a long way to proving his credibility.

In the long run, while it worked wonders in the retail world, it wasn’t a brilliant marketing scheme or a ploy of any type… it was simply the outworking of a kind heart and a caring spirit.  Kris' good cheer, sincerity and generosity spread like ripples in a pond encouraging others, mingling and multiplying with that of others until the combination created “miracle on 34th Street”.

So…is it any wonder? 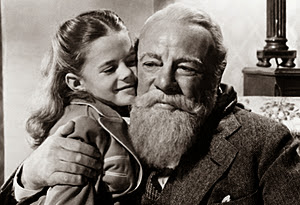