Talk about a change in the weather!

Last week we were faced with very cold temperatures.  It was really cold when the Boss and I took our Sunday walk out Mish Barn Road. 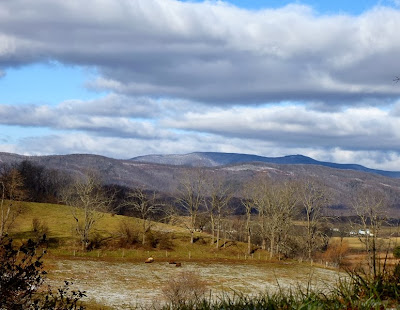 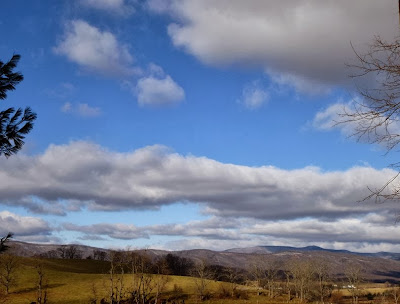 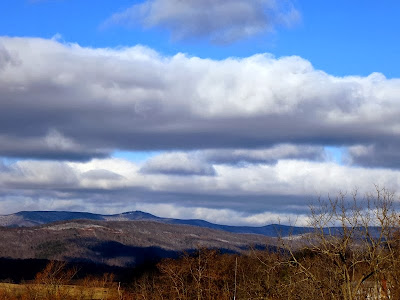 Daytime highs were in the 30’s. …and today…63* at 6am…and it is the first full day of Winter! It’s not going to last long, the wind is whipping and thunderstorms are predicted for later in the day. …and by Tuesday, we should be back to 30’s as our predicted high temperatures.


However, the warm (albeit WINDY) weather on Saturday gave us a much-needed weather window to complete one more step in the garden clean-up project.


The Boss pulled out all the tomato trellises.
I got the job of removing the irrigation t-tapes.

Then, he bush-hogged the whole thing. 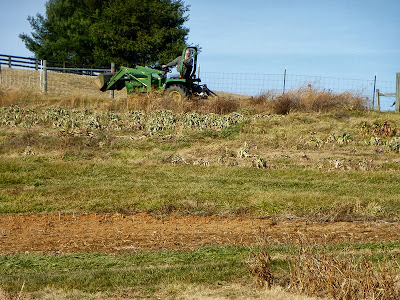 While I am glad that all the mess is gone, the garden in winter is rather dismal. 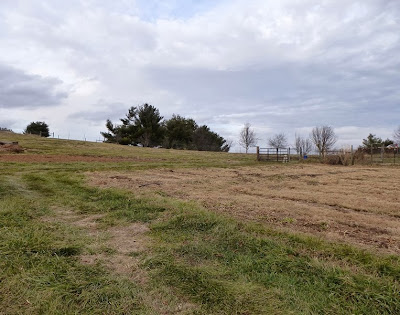 Nothing is left growing except the garlic crop for 2014. But, it’s only 87 days ‘til Spring!

The countdown to lambing season has also begun.  The first lambs should arrive by the first of the year.  (it kinda snuck up on me this year)  It looks like most of them should be born by mid-January (give or take). Woohoo!  Unfortunately, we have one ewe who, for unknown reasons, won’t lamb until March (if she lambs at all).  Definitely not MY plan, but that’s a story for another day. In anticipation of the new arrivals, we took a little time to give all the ewes a booster shot of CDT. 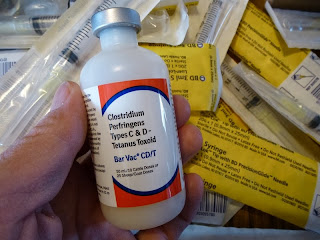 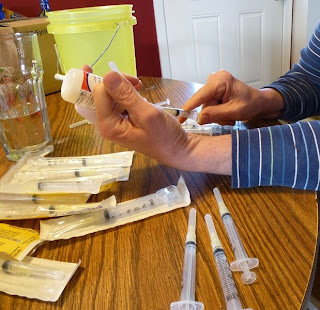 This will give the babies immunity to the dreaded Clostridial diseases that can so quickly kill them. Here’s a little more about workin' the sheep. 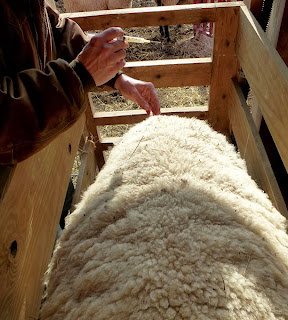 In what seems to be totally NON-farm related news, we took a little fieldtrip and bought some new furniture this week.  Combined with the new laptop the Boss got me recently (and his own Chromebook), the new chairs mean we can do office work (and the occasional internet surfing) by the woodstove instead of the somewhat frigid office at the other end of the house.  Hooray!  Just in time for our big garden planning/seed ordering day, too. We also happened to see some of our favorite Market customers at the furniture store.  I do hope that they found the recliner they were looking for. Did you read the story of “Mrs. Squash"?


In anticipation of all the seed ordering/starting/2014 growing season, I got one greenhouse cleaned out and organized this week.  There are a number of transplants to get planted in the hoophouse in the upcoming week.  The Boss got the beds in the hoophouse #2  tilled up and the weeds under control and I seeded the next round of lettuce.  We’ll work on the other one in the upcoming week.  All our work is paying off; the demand for “off-season” greens has been astounding.

That’s about it for “new and exciting” here on the hill…
Although, here’s one more little story for you.

I walked in the barn, looking for a tool to finish a job.  I got distracted by Gus and Tess playing together… 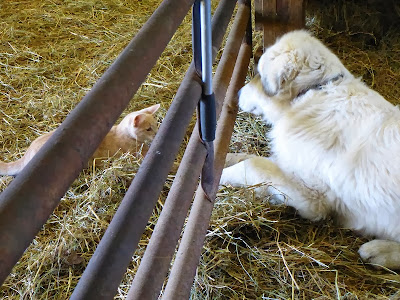 oh!  They look so cute! And I started taking pictures. 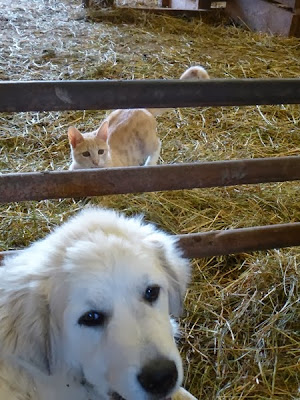 It wasn’t too long before I realized they weren’t alone.


Apparently, Tess found a little snake somewhere in the barn and they were playing with it.  Well, torturing it is probably more accurate. (I’m sure Gus wanted to EAT it!) Of course, that meant I needed to rescue the snake, show it to the Boss and he took it to a safer place where it could recover (hopefully) and go on to feast on mice in the barn. 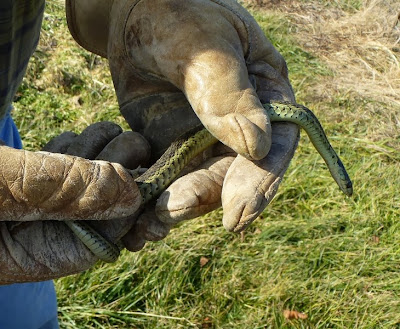 Then, and only then, could I go back to the job at hand…whatever that was.  I get distracted so often that it’s a wonder I ever get anything done.

Here are a couple of other distractions from the past week.

What’s up in your neck of the woods?

Hope you’re having a