Well now, that was anti-climactic!

I’ll be real honest here, walking into that meeting last night was about the last thing I wanted to do.  I had anticipated all sorts of scenarios, and not one of them was pleasant. After a number of hectic days when tensions ran high, emails were flying, the future of the Market seemed in jeopardy and I found myself reeling from my first encounter with cyber-bullies,
it’s all over…

I guess I should begin at the beginning.

I first heard about the Task Force policy proposals on Saturday at the Market.  I was struck speechless.

…and then the words wouldn’t stop. Writing is my coping mechanism, the therapy that gives me emotional release, and the way I figure out just where I stand on a subject.  Not only was I writing about it…every single conversation the Boss and I had centered on this whole ordeal.  Since the Market is such a big part of our life, we had to talk about it. There was no escaping it.

"Too Much Thinkin' " is the most widely read and shared thing I have written since I started blogging in 2009.  I was a little surprised at the level of interest.

But, I was completely taken aback that it elicited hatred. That post was “appalling”?  No, wait, it wasn’t just the post.  It was the Market, the Boss, me and the post. (and the fact that I call my husband “ the Boss”)

The diatribe of hate was full of accusations, falsehoods, gross exaggerations and personal attacks on the Boss.  Thankfully, comments to my blog have to moderated by me…so we were the only ones privy to the hurtful words.  The hateful, anonymous diatribe was not the only message received that day…there is a lot of anger and hate out there.  That scares me sometimes.

The reaction from our customer-friends exponentially outweighed the opinions of the haters.  They (the customer-friends) took to cyberspace writing emails, posting on Facebook, making their voices heard.

When the local news covered the story, it began to worry a lot more folks.  Kudos to the Market Chair for remaining cool and collected during the interview---you did good, Susan!

The public meeting was scheduled for Wednesday night.  As of Wednesday afternoon, the phonecalls and emails were still flying and the task force was starting to put a different spin on things.  Those of us involved with the Market were more than a little concerned.

The meeting was just starting as the Boss and I arrived.  As we found a spot to stand and listen, I noticed something odd.  There was a sheet that had a revised proposal on it.  They had changed the proposal!
Where it was full of concerning phrases before, now it was fairly benign.

Here, you read it.
6. Expand opportunities for public markets. REVISED
We propose to lift the current City of Staunton ban on the sale of artisan crafts at public markets operating in Staunton, leaving the decision on craft sales to the markets themselves.
-Benefit to City: Staunton City code Chapter 12.35 – City Markets- allows for the operation of one or more public markets within the city.  Lifting the current ban on the sale of artisan crafts would encourage more activity at public markets, whether a currently existing market or one that would be founded in the future.
-Benefit to markets and vendors-Takes the decision about craft sales out of City Hall and puts it back into the private sector, giving current and future public markets more control over their own offerings.
-Details- Modifies Staunton City Code 12.35.020 (2) “Purpose” currently reading “Art and crafts are not permitted” to “art and crafts are permitted.” Lifting this blanket ban would not require any market to sell crafts.  Lifting the ban would merely allow any public market to sell crafts, at the discretion of its management.

Honestly, I couldn’t believe my eyes.

There is power in the people!

So, for today’s “thankful Thursday”, I must say…I’m thankful for a lot of things.

Our customers- They are the BEST! This is not the first time that a number of them have supported us and stood beside us.  There are simply no words to describe what these folks mean to me---to us.

Social media- Facebook, our farm blog and emails made communicating with a great number of people easy and efficient.  We were able to “rally the troops” quickly when time was of the essence.  Cyberspace also made it possible for our customer-friends to make their voices heard. 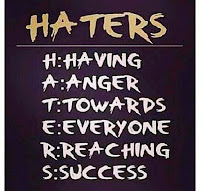 The haters- yes, part of me is thankful for the haters.  Without them, I wouldn’t have felt compelled to ask for the support of our customers.  While I really wasn’t looking for that kind of reaction, at least I know that my words are creating strong feelings in my readers!

…and I’m thankful that this is behind us.  Oh, we’ll have to keep an eye on policy proposals…but for now, we can get back to the business of raising food.