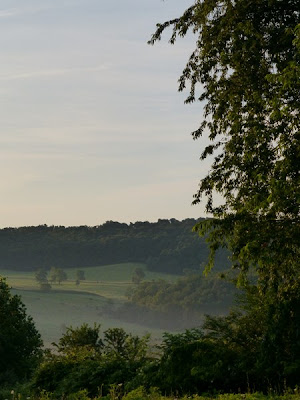 So…this past week didn’t have the greatest start...

But, we got on with life and Ellie Mae and I are slowly adjusting to the “Jed-less” farm.  I have to admit, I miss him more than I thought I would.  It’s so quiet…he’s not constantly in my way…and we don’t have that early warning system for traffic on the lane, the UPS man or any type of thunderstorm.  But, the Boss found a farm over on the other side of the mountain that will have puppies ready the first week of September.  A month from now, we will start a new friendship and have new stories to tell.

Since the rains finally held off…we actually got to dig the red potatoes that we planted back in March.  The crop was fairly good, despite getting frozen several times, attacked by bugs and overtaken by weeds.  As we finished the job, we could see the clouds rolling in for yet another round of storms.  We claimed victory and headed for the house. 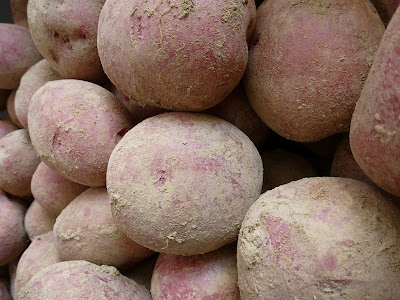 There was a message on the phone.  “Hey, Tom…got a load of hay out in the field for ya!” Now, normally I’m thrilled when the hay guy calls.  But we were hot and tired and hungry…and it looked like rain.  There was no way we could go get it, haul it, and stack it prior to the storm.  A quick phonecall was in order…the hay was tucked into a barn and we picked it up the next day.  It’s gorgeous.

So, the barn is full of hay…the reefer loaded with potatoes...Here's the story of the "reefer".…and the wood guy dropped off the first load of firewood. 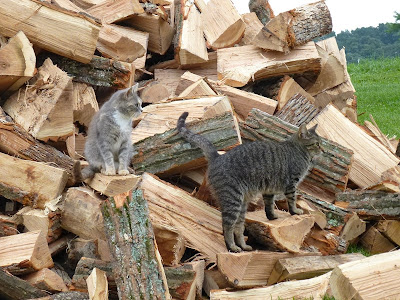 Looks like we’re making progress in preparations for winter!

The okra is blooming and the corn is showing silk.  That means we will have at least some of both of those crops.

…and check THIS out!  Broccoli in August. 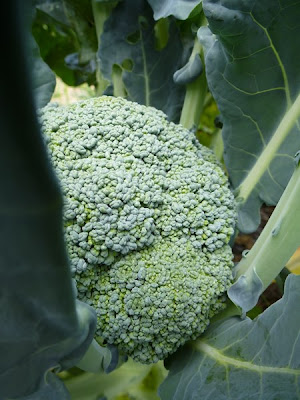 I guess there is a benefit after all to the weird and funky weather patterns that we have experienced this year.

On the other hand, the hoophouses are looking like jungles again.  The weed growth all around the farm is unbelievable this year.  I guess weeding/tilling/replanting will be job #1 this week.

In addition to the weed growth, the bugs are incredible.  I did learn about the life cycle of cabbage loopers this week, managing to capture a number of stages of development in one shot.
…and then there are the grasshoppers…I am trying NOT to think about biblical references to the scourge of locusts… 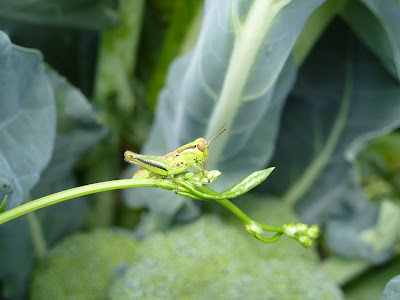 One of our favorite experiences is to watch the sheep when we move them to a fresh, lush paddock.  They just put their heads down and mow. 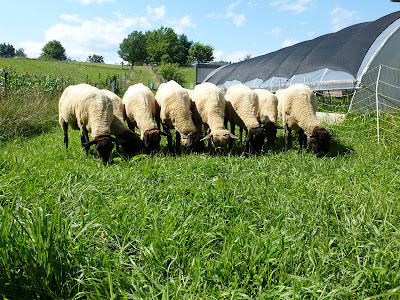 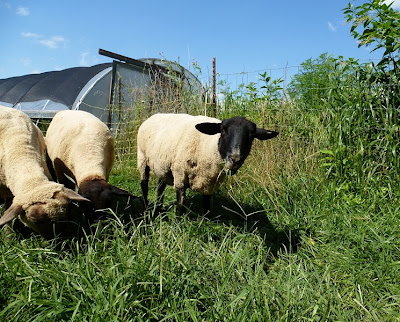 They have all adjusted to having Waylon back in the flock, so we’re just waiting to see some progress on the Lambchop Crop of ’14. 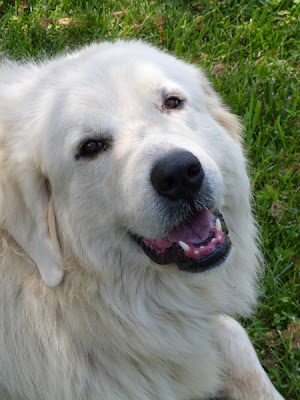