Ya Just Gotta Know Where to Look 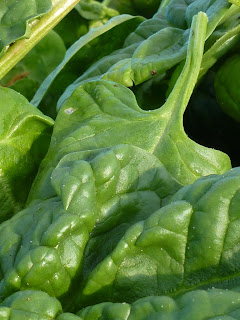 As I headed out to pick the spinach for Winter Sales last week, the Boss said rather dubiously, “ya sure you’ll have enough?” I glibly assured him that “OF COURSE! I know what I’m doing….I been doin’ this a long time, ya know.”

When I got to the hoophouse, I began to have second thoughts. 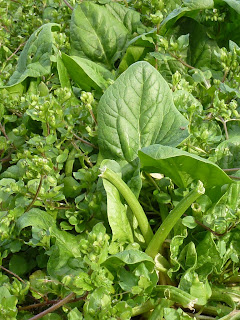 Good night! Look at the weeds! Where WAS the spinach? 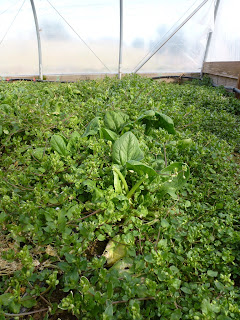 Oh dear! …and I promised ALL those customers…

The ongoing battle with the chickweed seemed to be a lost cause in a couple of the spinach beds, so I was on a salvage mission. After getting what I could, I would pull the rest of the plants, and the chickens would have a feast. 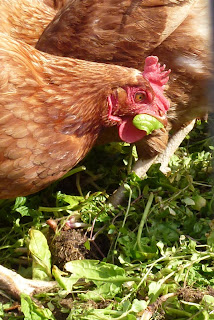 Then the Boss would come through and torch the remaining plants in hopes of killing the nasty weeds. 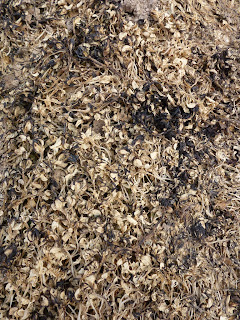 After everything was dead, he would till and I could replant. 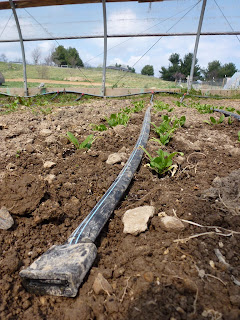 At least that was the plan. But, first...I had orders to fill…

At first glance, it appeared that the chickweed had indeed won the battle.

However, …ya just gotta know where to look!…and I do “know what I am doing, have been doing it a long time” Oh, boy…why do I say these things?(it’s okay, you can laugh now….really!)

After a fair amount of time, and several buckets of weeds to the chickens, I was able to fill all the orders with some very nice spinach. 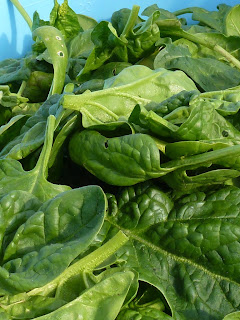 Ya just gotta know where to look…....and be willing to pull a lot of weeds!
Posted by Barbara at 6:25 AM