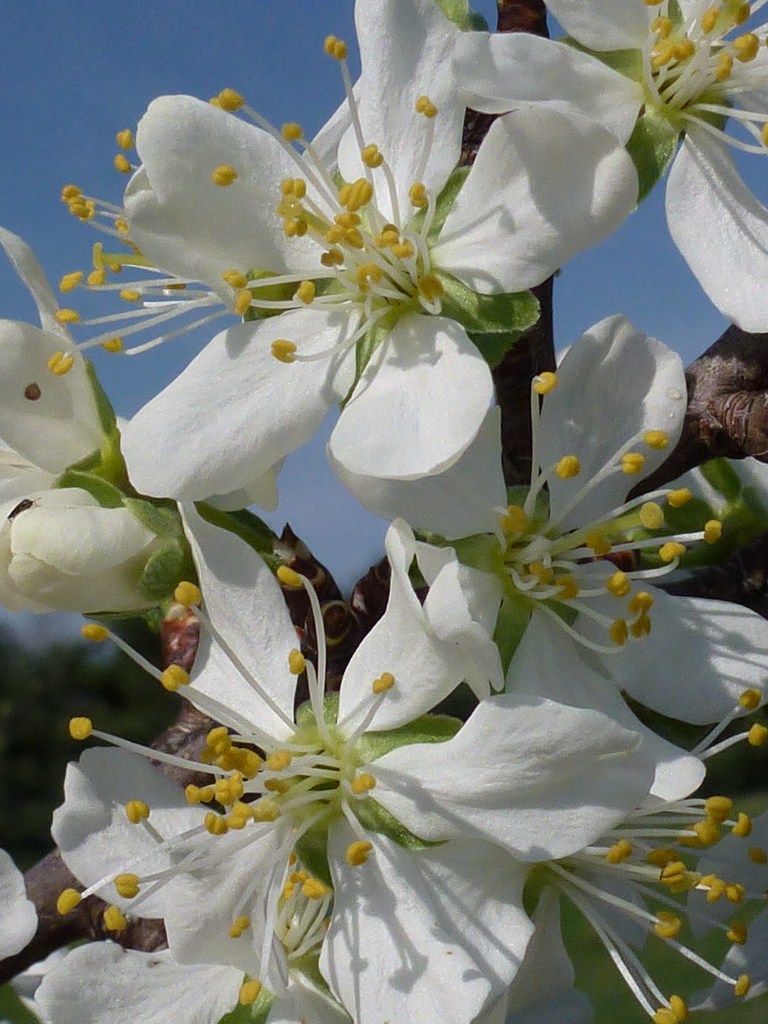 Last week the temperature flirted with the 80* mark.  Some places in the Valley actually set some records.  It was so hot and the rays of the sun so strong that we took the time to put the shadecloth on the hoophouses in order to save the tender lettuce crop.  After the Boss and I spent Friday afternoon weeding/fertilizing the garlic, I really (really) wished I had not dressed for summer while we worked.  Sunburn is never pleasant…but totally unexpected in MARCH! The upside was we DID get the job done prior to the big rain.
The whole time we were “enjoying” the warmth, we discussed the fact that this was out of the ordinary, that this kind of weather just couldn’t continue. We live in the Valley of VA, after all…at around 2000 feet.  Spring never comes to stay this early, global warming or not. The folks who were getting excited about summer activities…planting beans and tomatoes…they were in for a rude awakening!
Sunday afternoon, I got a weather alert on my phone.  Yeah, I know…multiple weather applications make me somewhat of an oddity (it’s okay, I’ve known that for a while) The Boss did question the exact location that I must have input .  No, for real…our county was under a freeze watch.  Later it was updated to a WARNING.  Winter was back.
There are only so many precautions you can take.  It would be great to blanket the whole farm and turn on the heat when cold weather is forecast.  However, that is definitely NOT feasible.  So, we do what we can…and ATTEMPT to rely on faith for the rest of it.
We don’t generally plant out anything considered TENDER until much later in the season.  We have had personal experience with sub-freezing temperatures at the end of MAY!  Years ago, we planted out the tomatoes, only to find that the temperatures were going to plummet overnight.  We were out there in the middle of the night, digging up tomato plants by flashlight.  The neighbor was working the nightshift at the time and drove up the lane while we were mid-dig…wonder what HE thought?  Later, we re-planted the tomatoes, and YES, had a good crop that year.  But, we learned our lesson…Do NOT ( I repeat…DO NOT) get over-zealous!  All in good time.
Monday night, we shut the hoophouses down, put covers on what we could, turned on some heat in the greenhouses, and waited.  There was very little we could do for the peach blossoms, the pea shoots, and the few potatoes and asparagus that had already popped up.

Morning revealed that the temperature had gone down to 29*.  In the relatively low lying areas of the farm, I am certain it went lower…there was ice in the ram’s water tub.
The frost was quite heavy, although it was very pretty. 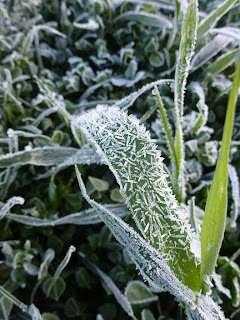 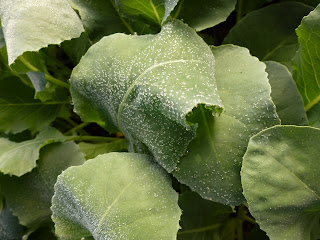 The blooming tulips were frozen solid.  There were ice crystals on the plants in the hoophouses.  Yes, it was cold!

The temperatures rebounded with the bright sunlight.  The blossoms thawed and the ice melted.  Most everything recovered. The asparagus and potatoes did not.  Whether the peach, plum, pear and apple blossoms survived remains to be seen.

It looks like the temperatures have returned to “normal”, and freezing temperatures will not be making another appearance. 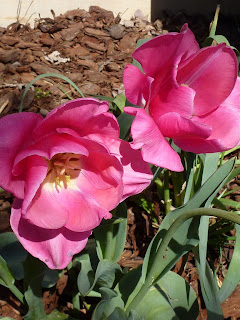 Don’t get too excited…anything can happen…it’s Spring in the Valley!
Posted by Barbara at 6:44 AM