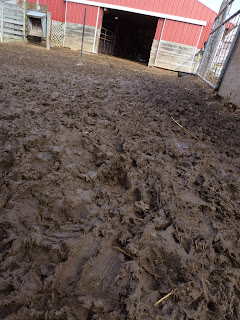 Everyone is talking about the “winter that wasn’t”. This past January was ranked the third warmest in recorded history. While those of us who don’t like winter weather are quite happy, there is a down side to the warmth. “MUD SEASON” is here! As a matter of fact, it has been MUD SEASON all winter.

I know I have written about mud before, 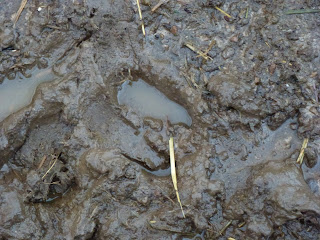 but I am not sure if mere words can impart the true effect of the slippery, slimy, smelly stuff. Each of the inhabitants here on the hill has their own issues with the goo. The Boss abhors the “wet sock” issues that come with all the moisture. I don’t care for the muddy tracks all over….and a whole entry could be written about Booooyyy’s perilous treks from hunting ground to napping spot. 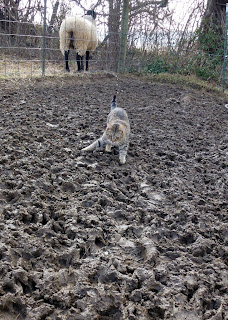 Some of the antics are amusing, although the human inhabitants find absolutely no redemptive qualities in “mud-skating”!

The eight inches of snow we had at the beginning of the week only served to make the mess bigger and grosser. The lambs began to use the little “bridges” behind the barn with increased regularity. 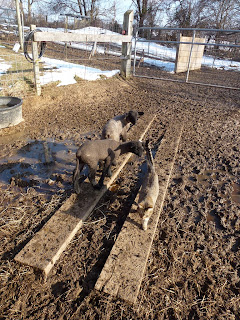 The hens were standing in quicksand while they ate. 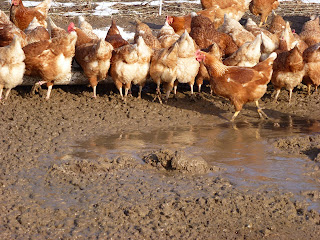 The muddy tracks and sloppy coveralls made their way into the house again.

The muck is mostly just a nuisance. A few hours of drying wind and sunshine, and the mud is much more manageable. But, it is when the mud begins to dry and freeze that a bigger problem starts.

The gooey mud collects hay, rocks and twigs. This in turn gets caught up in the sheep’s hooves. 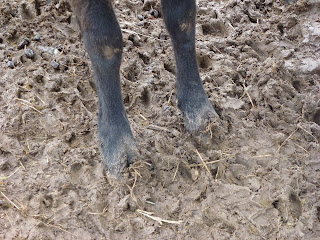 If left unchecked, the pain caused by the mud in the hoof will cause the sheep to go lame. Sometimes a lame sheep will give up on life rather quickly. A friend once said that a sheep would probably die of a hang-nail. She may have been right.

There is a little gland between the hooves that must be kept clean and clear, or foot ailments can ensue. It seems that this gland should have some scientific sounding Latin name, but the best I can do (and I have researched this extensively) is…foot gland. It secretes a lubricating substance that keeps the hoof healthy. If it is plugged, the hoof begins to dry; opening it to possible infection and the sheep will limp most pathetically. 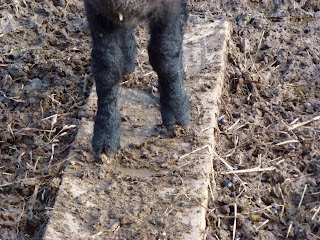 So, one of the shepherding jobs this time of year is to watch intently for any limping sheep. If one of the ewes is limping, it is my job to catch her, clean her hoof and check for any injury. This sounds simple in theory, but sheep are prey animals, and don’t take kindly to being grabbed by their legs…especially their hind legs. Sometimes a small rodeo ensues. Those big girls outweigh me by a fair amount, so I usually distract them with food, grab the offending foot, slide my fingers into the mud and crud between their toes, pull out the offending substance and allow them to go on their way. Generally, this can occur without incident.

So far, no horrible foot ailments among the sheep….and just a few bumps and bruises for me. 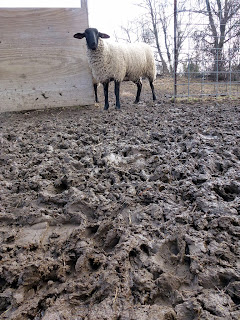 …and today the wind is BLOWING, so good-bye mud! (for now)
Posted by Barbara at 5:50 AM