As most folks looked forward to a long weekend, a time of remembrance and/or some family time, we were headed to the barn.

The supplies were assembled, the ewes housed in the barn and the pink Gatorade was chilling as requested.
It was time to shear the sheep!

I’ve written about this a number of times in the past. I’ve covered it from a humorous standpoint and focused on what hard, hot work shearing sheep can be.

Here are the posts from

This year, I realized that despite the “sameness” of the routine, things have change a lot in the ten years that Blondie has been doing the shearing.

The first picture I could find of her shearing after attending VA Tech’s shearing school as a teenager was this one from 2005.

Back in 2005, we were still finding our way as shepherds. The sheep flock was a mish-mash of breeds.  Some for meat and some for fiber and there was no consistency throughout the flock.  We had nothing of considerable size…and all the babies had names.

Blondie grew up. She met "the one" and got married.  Today, she and the hubs have a place of their own on the other side of Staunton.  They grow vegetables and she does some awesome baking. If you’ve visited the Staunton Farmers’ Market you may have met her.  If not, you can visit virtually. Check out Country Rhodes Produce and Bakery.

The sheep flock changed, too.  Long gone are the wool breed sheep. We’re running a flock of commercial Suffolks now, looking for good growth and excellent carcass quality instead of fiber. There are also far more animals than there were “back in the day”.

We (I) still name the breeders and the occasional bottle baby, but the approach to the flock is a little different, too.  I think we’re far better shepherds than we were…mostly due to learning things the hard way over the years.

But, despite the changes, much remains the same. 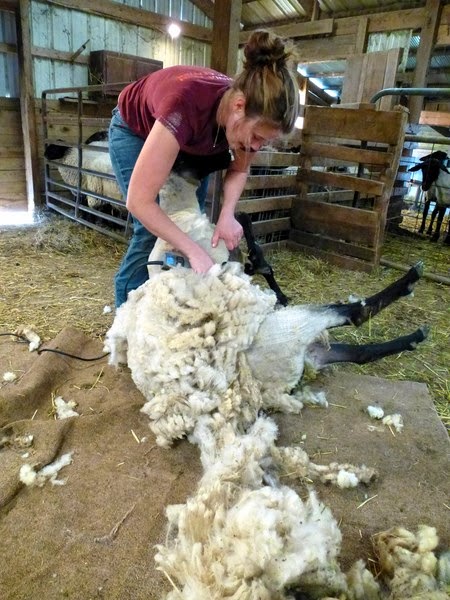 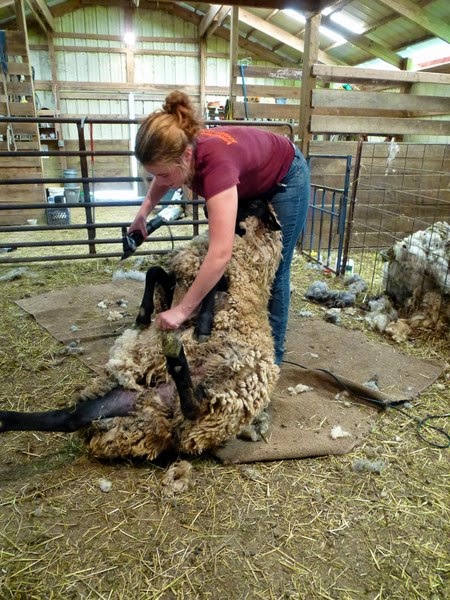 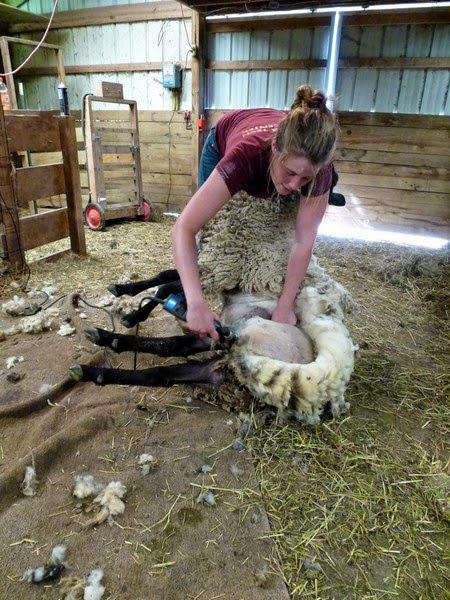 It’s still Memorial Day, and we’re still wrestling sheep (okay, Blondie does the wrestling), and celebrating a job well done with some lunch and some pink Gatorade. 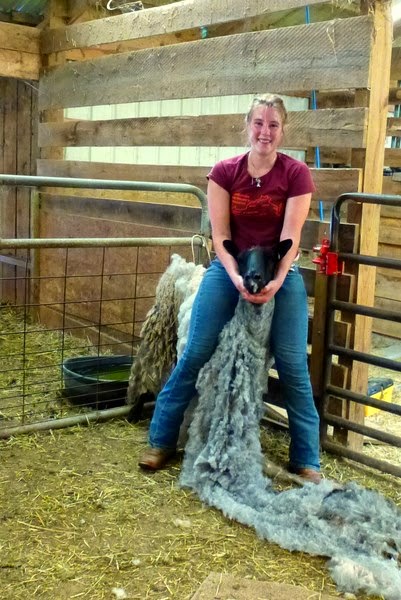 This makes TEN years that she's done the shearing...and six that we've spent the "holiday" in the barn. 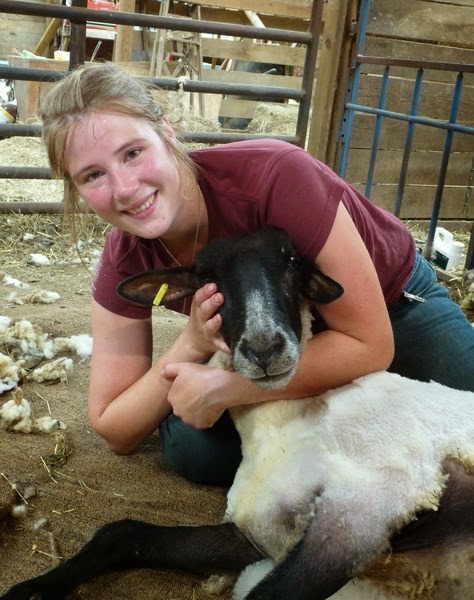