A Breath of Fresh Air

(or how I inadvertently spent over $300 at lunch) 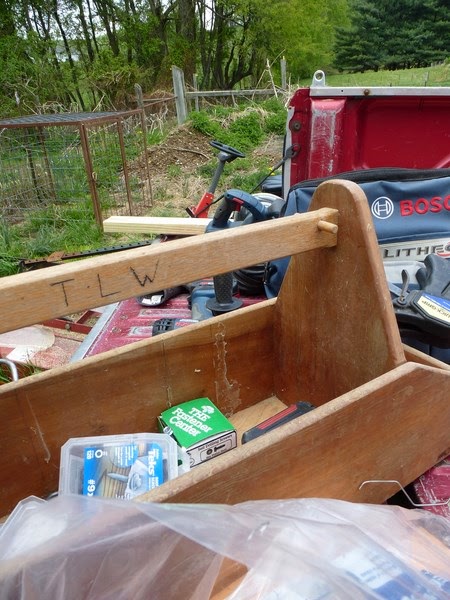 “Hey I was wondering…”

The Boss looked up from his lunch with that half inquisitive, half concerned look…like he knew what I was going to ask. I have a bad habit (or maybe it's a gift)  of repeatedly thinking up projects that require a great deal of effort on his part.

“I was wondering how big a job it would be to make that one side of hoophouse #2 roll up.” (all the other sides roll up, providing “a breath of fresh air” during the summer months.  Good air circulation cuts down on heat and humidity and in turn those associated plant diseases. This, along with a shadecloth covering, allows us to grow leaf lettuce and spinach even in the heat of summer)

He sighed a little “hmmm, I don’t have the stuff…it’ll be pretty expensive…it’s a pretty big job”

Oh… ‘cause it’s really a big job, or you just don’t want to mess with it?

He sighed again and I think he rolled his eyes. “Tell ya what…next time we go north to take lambs, we can stop on the way back and see what they’ve got at that grower supply company I wanted to check out.  Ok?”

Not really…I was thinking NOW…not in another six weeks.  It’s getting hot in there and if the air circulation was better, I think the growth rates would be better. But…well…whatever.

“Well, let me check into it after lunch and we’ll see…”

Lunch finished, we headed to the office for a little while before moving on to the afternoon’s big job. I heard him talking on the phone on his side of the office, but didn’t pay much attention.  Then he was muttering to himself as he worked on the computer.

About the time he said, “hope you’re okay with it costing a bunch of money” I heard the little ping on my phone that indicates an email.  It was the bankcard company informing me that the Visa card had been used….Yikes!

Okay…well, the stuff for your project will be here next week. We’ll go to Lowe’s and get some odds and ends and I should be able to have it done by the middle of the week.  Good?

Fed Ex delivered the parts (and I’m guessing a couple of dog cookies) while I was in town. We headed back to town that afternoon to pick up lumber and bolts and sundry items. 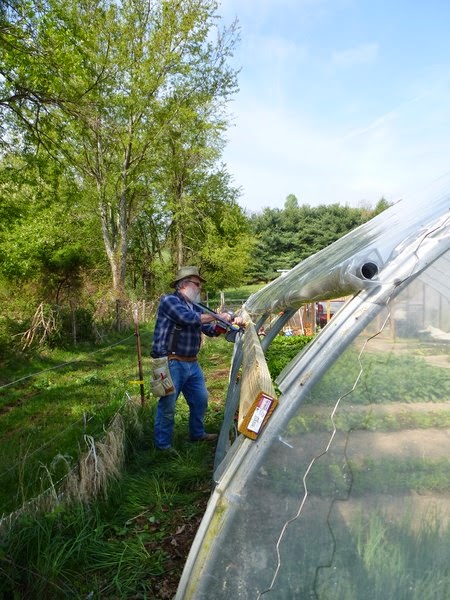 He spent a half a day measuring and cutting boards, he installed the roller, the wiggle wire and re-attached the plastic cover. 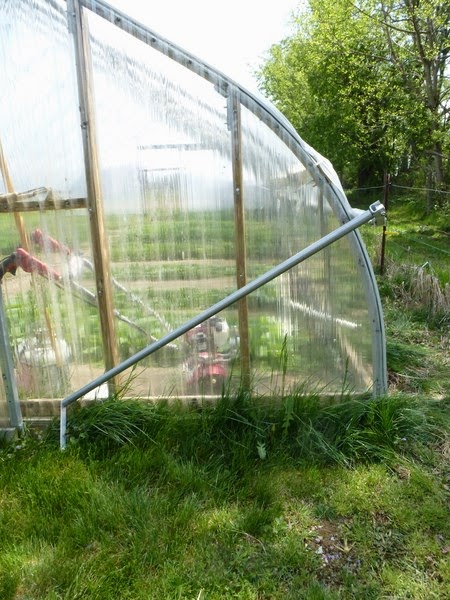 I assisted as he installed the “anti-varmint” fence along the interior wall. 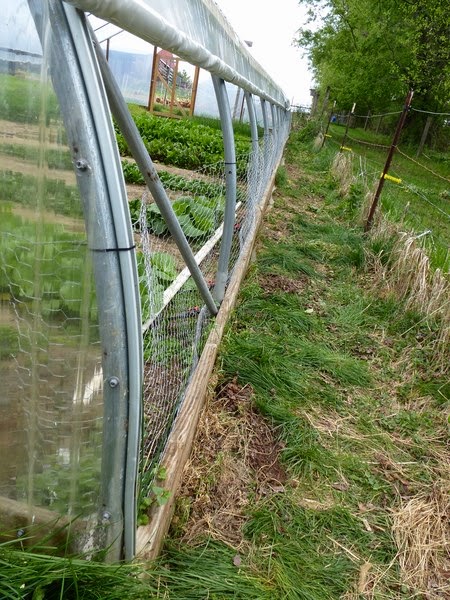 …and just like that…the breeze can blow through the hoophouse, providing good air circulation to the growing plants throughout the hot and humid summer months. The plants look better already! 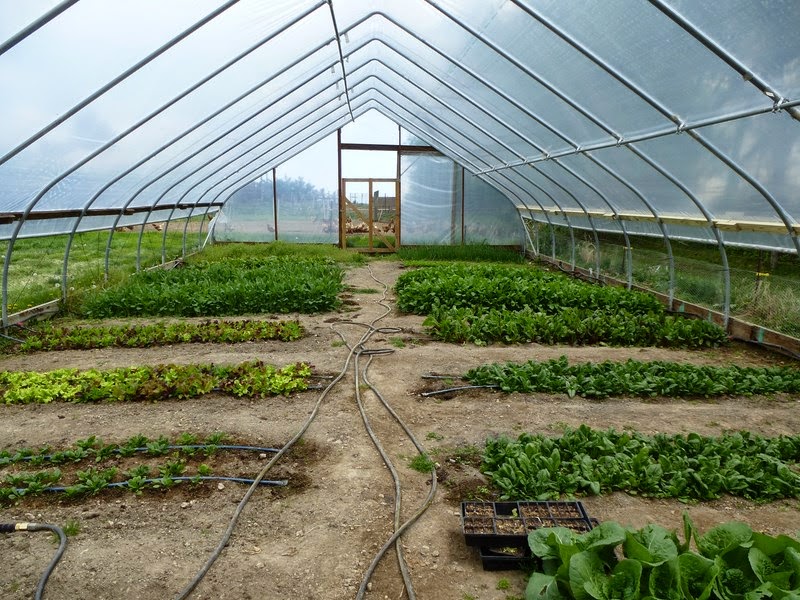 It pays to be married to a man of action…who doesn’t mind extra projects that cost “a bunch of money”.

…and that’s my Thursday Thankful.