Signs of Things to Come - A Thursday Thankful

(yeah, I know this is late…and I’m not going to have time to write about food on Friday either…we have entered the “growing zone”...and I'm running around like a crazy person trying to keep up) 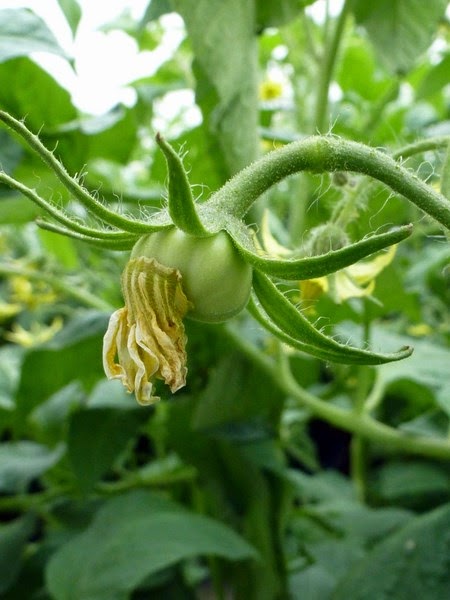 Today, it finally felt like the growing season was finally here to stay.  It was hot and sunny.  Things were growing and there was a lot to pick. We were busy, busy.  Our neighbor must have felt it too---he mowed his hayfield in the late afternoon.  There was the possibility of a new job everywhere you looked.  Make that the possibility of ten new jobs everywhere you looked. Really.

I’ve written about this phenomenon far more eloquently in the past. Read this from 2012. (I think I referred to it more recently, but don’t have time to look it up)

But, the heat feels good in comparison to the long, cold, dreadful winter.  The sensation of running faster and faster is rather exhilarating (sometimes)…and it makes us far more appreciative of those down times. And, we need the growing season to make our living! …and eat.

When I went to water the tomato plants (which, by the way, are still sitting in the trailer in the middle of the driveway) I found lots of blossoms, and even a few tiny tomatoes!  I won’t even begin to enumerate the tasks that need completion prior to any tomato picking. 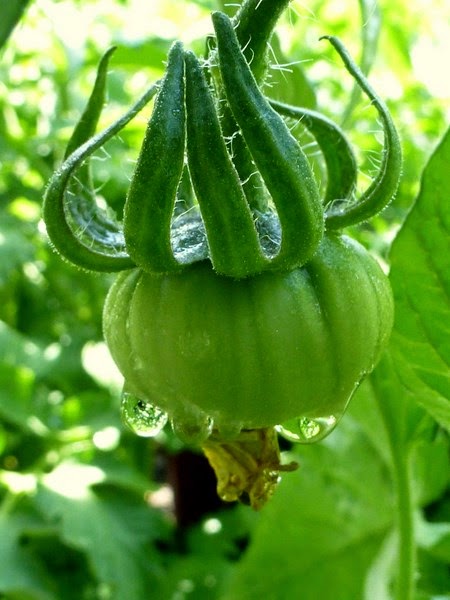 The upcoming week will be full (and I mean FULL) of planting.  Because it’s time to get everything in the ground, not just the tomatoes.  A lot of planting has been delayed by the weather, and other crops have to be re-planted. (in the case of the cucumbers…RE-re-planted.  Here’s hoping the third time’s the charm!)

But, that’s okay.  Work is good.  Hard work is better.

...and it won't be long until we're eating fresh tomatoes once more! 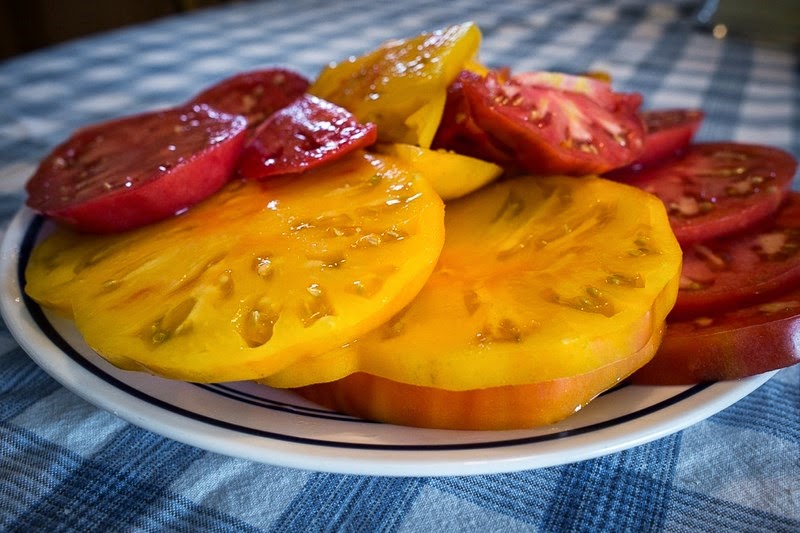 Now, THAT'S a reason to be thankful!