A couple of weeks ago, over 2 inches of rain fell in a 24 hour period.  Since we were already dealing with the mess and muck from a small snowstorm and the whole cycle of freezing and thawing, things got pretty interesting in the barnlot. 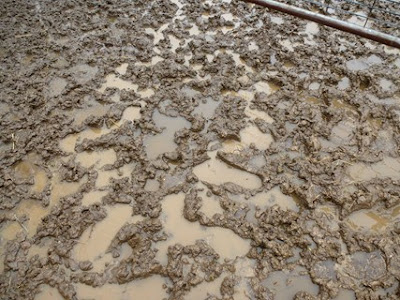 It didn’t take long for us to realize that MUD season (read this) had arrived with a vengeance.


In the winter, the paddock out behind the barn usually gets a little swampy.  However, the runoff from the big storm caused a “lake” to form and it looked like the sheep might need to take swimming lessons to get out to the feeders. I was beginning to think I would need a kayak myself.

At the height of the rain and runoff, the water was flowing OVER the little bridges the sheep use to get over the swampiest part.
I tried clearing under the "the bridge to nowhere" with a shovel. That worked for a while, but the mud kept backing up and making the mess bigger than it was before.  I was afraid that the smallest lambs would get stuck in the muck…and I honestly thought it would be possible for them to drown.

Since the shovel deal wasn’t working, the Boss broke out the tractor and the scraper blade with the intention of scooping out the glop and getting down to a more solid layer of soil. 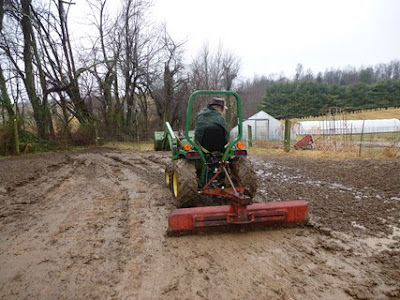 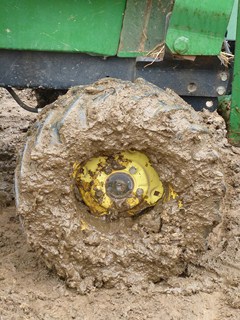 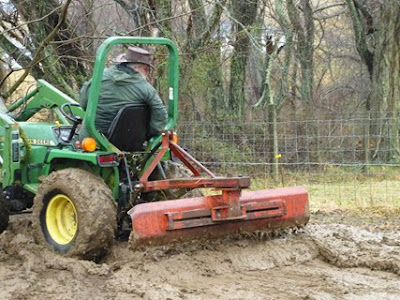 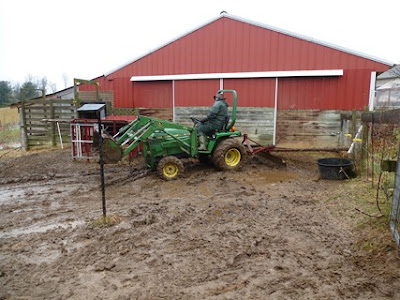 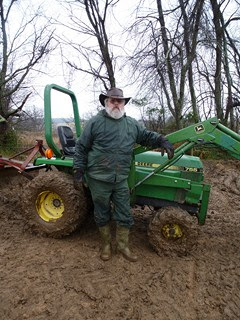 He scraped and scraped…the pile kept oozing back down; it seemed like an exercise in futility. Mud was flying through the air, as the tractor spun a little in the muck. By the time he finished, he even had mud on his glasses! 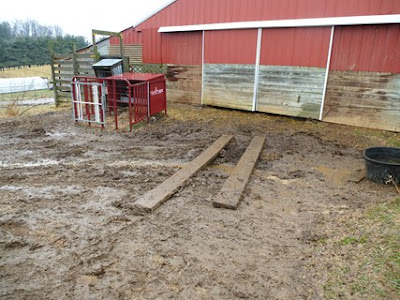 Finally, he made some real headway.  We put the planks back in place. We keep saying that we will fix this eventually. But, I think we should just face facts…the “bridge to nowhere” is just part of the landscape and we’re never going to get around to changing it.  There are too many other projects that push it down near the bottom of the priority list.

The frigid weather last week caused the muck pile to freeze and dry out quite a bit. Even the freezing rain/ice overnight failed to make a big mess out back. 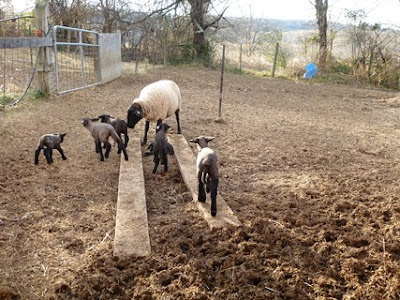 Thanks to the Boss, we won’t have to buy waterwings  or floaties for all the lambs.  Looks like the water issue is under control!


I hope I am not being overly optimistic…

...the weather forecast for the rest of the week shows another big rain is heading this way.