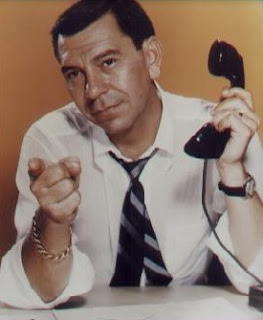 Everyone recalls those infamous words uttered by Sergeant Joe Friday in the old TV show Dragnet.

It’s just one of those things that somehow we all know, right?

According to those involved with Dragnet from years ago…that wasn’t the quote at all.  Really!

It was “all we want are the facts”.

So, why do we all remember it the other way?  …and how many other “facts” that make up the common knowledge of society are indeed not FACTS at all, but some result of faulty recollection and misinformation?

This is indeed food for thought.

By now I am fairly certain that you’ve heard of the Stanford report on organics.  This report found little if any truth to the claim that organic food is more nutritious than conventionally produced food.  It also stated that while pesticide residue was less in organics, the positives might not make organic food worth the added expense. Great amounts of debate and discussion have followed. Needless to say, the whole thing angered a good many folks because suddenly those FACTS on which they had counted had little credence.

I am not among the angry ones.  Sorry.  I have no idea if organic food is better nutritionally than conventionally produced. That was the entire scope of the study…a comparison of nutritional levels and pesticide residues…that’s it. For years and years and years, the claims regarding organic/natural/alternative food have been myriad.  Claims of better health, improved well-being,  longer life, healing the earth, more lustrous hair, great sex due to increased vitality…the list goes on and on.

As a great proponent of “truth, justice and the American way” (hmmm, it is quite possible that I watched far too much tv as a child), I have made a point of not making claims that I cannot substantiate through my own life experience. In dealing directly with the public, this is occasionally a challenge. Many folks want assurances that in all honesty cannot be given.

Once, a gentleman at the Market became rather irate when I would not ascertain that our produce was better than anything else out there.  “well, you must not want the sale too bad, huh?” was his question.  My response was “Yessir, I would like the sale…but, not enough to tell you something that I am not absolutely certain is true …and taste is very subjective.  However, if you do try our vegetables…I am almost certain you will come back!” He bought the item…and yep, he came back. 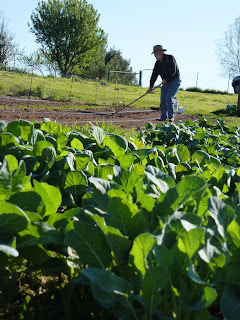 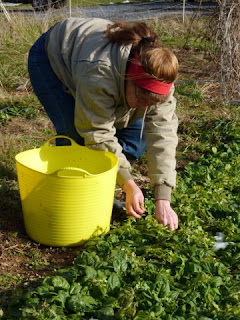 I have no idea if the way we grow things is better than any other way.  I have no idea what some other farmers do or how they might do it..or even WHY. I cannot in all honesty claim that we have more nutrition or less environmental toxins.  I cannot begin to make assumptions for any other operation without a working knowledge of their unique situation.  I will not try to impose my opinions and methods on anyone else, just because I have the chance.

Our assurances to our customers are rather simple: this is FRESH!  This is LOCAL! (produced 12 miles from the Market) The Boss and I produced every single thing we sell…and we eat this stuff every day.  And I think everything we grow tastes GOOD!  We make every effort to grow things in the best way we know. We put a great deal of effort into educating ourselves as to the pros and cons of the farming practices available to us.  We try to be good stewards of all we have been given and provide a quality product to the public. Any other information would be speculation at best.

There is a lot of hate and debate within the Ag world.  Each side has a strong opinion and sometimes those in opposition can make some horrible accusations with no attempt to prove themselves.  All too often, the misinformation spreads like wildfire.  Because so few folks have actual farm experience, the misinformation becomes an accepted “fact”…just like the mis-quotation of Sergeant Joe Friday. When you add to this the efforts of those who are against all animal farming, civil discourse becomes more than a little difficult.

Before you recoil in horror at those awful photos of animal abuse on-line, be absolutely certain that they are real.  All too often pictures have been staged and/or re-touched to prove a point.  If you have no actual experience with a farming practice, you better GET THE FACTS before you start forming an opinion.

The same goes for the rhetoric about chemicals used for spraying, farming practices or even genetically modified crops.  If you have no personal experience with the subject, you owe it to yourself to find someone who does.  And, I don’t mean just someone who is vehemently opposed to the subject, either.

Recently, I have encountered questions from customers regarding genetically modified crops, otherwise known as GMO’s…”Frankenfood” and a host of other derogatory terms.  Rather than jump into a discussion without any real knowledge, I began to research the subject.  One of the people I have asked for information and advice is the owner of the feed mill where we buy animal feed.  He was glad to answer my questions and help me to understand the subject so I could explain to our customers should the subject arise in the future. He was amazed at the questions I have been hearing.  His answers were clear and concise and made me feel good about the choices we have made when it comes to feeding our livestock.

I have also taken the opportunity to find out how the meat is processed when we take it to our butcher.  Again, they were glad to answer my questions and even invited us to tour the operation. Their practices are humane and their workers rated THE BEST in the state by the USDA inspectors.  They are also REALLY nice folks.

It is very easy to get swept up in the passionate rhetoric without checking the facts.  Sometimes a little real research reveals that the so-called FACTS were indeed missing or mis-stated.  Personally, I have been astounded over the years to find that some things I had heard stated repeatedly as facts were NOT.  Sometimes they were things that I had found myself repeating as fact. I have had to change my opinions in some cases. On occasion, I found I had to go back and eat my words. (and I don’t like doin’ that much)

All of which reminds me of a Will Rogers quote:

It isn't what we don't know that gives us trouble; it's what we know that ain't so.
Will Rogers

So, however you may remember the oft misquoted Sergeant Joe Friday….

Let’s work on getting the FACTS!