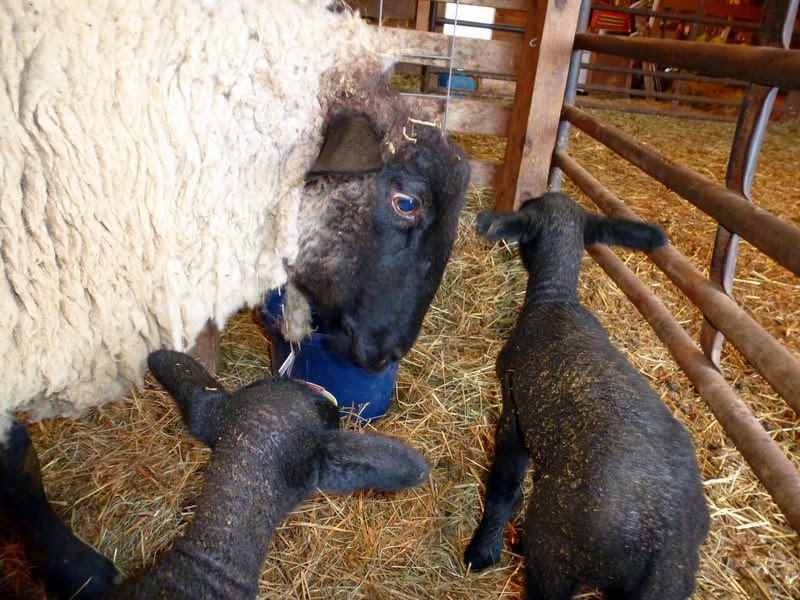 Well…hate is a little strong…

Let’s just go with I would much rather have a plan than be surprised.  Yep, make a plan and work the plan and I’d live happily ever after.

This is the real world, you know.

I struggle with the unexpected/unplanned/random surprises on a recurring basis. The Boss says it’s because I have “control freak issues”.  I must admit (albeit grudgingly) he's right.

All too often life on the farm takes my careful plans and throws them back in my face.  Surprise, surprise…and not in a good way, either.

Back in October, I was surprised to find Waylon and one of the ewes in the midst of a “romantic tryst”. Ack!  This was definitely NOT the plan. She was to be one of the first sheep to lamb!   All the ewes had been "covered" (bred)  back in August (allowing for January lambs) and I was under the impression that everything was a go.  Not so fast!  I frantically checked my flock notes, spent several days anxiously watching the other ewes and just generally freaking out. Maybe we had some previously undetected problem...? (we have had breeding problems in the past)

I marked the date on the calendar and waited. Nothing else happened.

I realize I spend far too much time worrying over Waylon’s “lovelife”…but, this was more than a little concerning.  So many things hinge on getting the ewes bred on time. The lambs need to be on the ground in the mid-winter to give them enough size for Spring grazing.  They need to be big enough to wean so that the ewes can regain their condition in order to breed in August so the cycle can continue. The lambs also need to be big enough for harvest in early to mid-summer.

Then, another surprise when we lost a ewe to listeria in November.  Did you read this one?

So, freak-out #2 ensued. Maybe we had some serious health issues...?  I watched the flock like a hawk for a while.  Nothing else happened.

As the earliest lambs were born, I noted that the late breeding ewe was indeed bred. She would end up being about 2 months behind everyone else…which was going to be a pain…but, still…there would actually be lambs and I wouldn’t have to take her to the stockyard as a cull ewe (yet).

A few days prior to her due date, I began to watch her a little more closely.  She bagged up and she looked “close”. But…nothing else happened.


Thursday morning, when I entered the barn, I thought I heard a tiny lamb voice.  It was hard to tell as the bottle babies were in the midst of their early morning scream-fest.  (They haven’t gotten any milk replacer in at least two weeks, but they scream for a bottle every morning and every afternoon. The noise is deafening.  Rather than lose my hearing and my mind, I have been giving them a little water in their bottles twice a day.  So far, they have not figured out that the milk is long gone.)  Just a little sip of water from their bottles and they were off to be lambs once more and my hearing and sanity are still somewhat intact. Once they were quiet I knew I was hearing a little lamb voice. 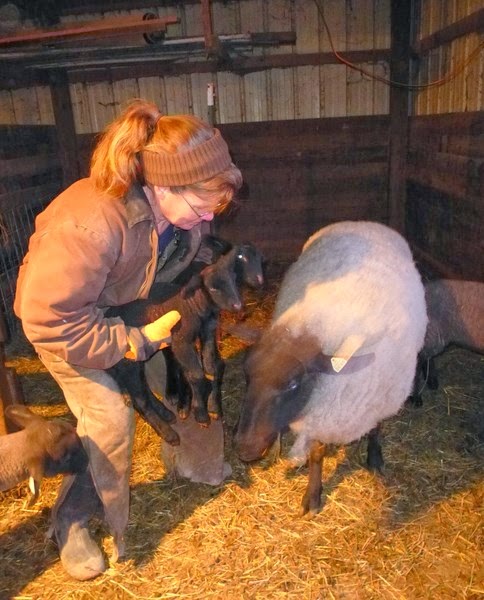 There in the corner of the barn were two brand-new lambs.

Mama sheep had birthed them out with no assistance, cleaned them up and gotten them out of the cold. (the Polar Vortex had returned, although it was somewhat weakened) They looked fine, but the loud and angry horde was beginning to worry mama sheep, so we tucked the new family in a stall with a heatlamp and went about the rest of chores. 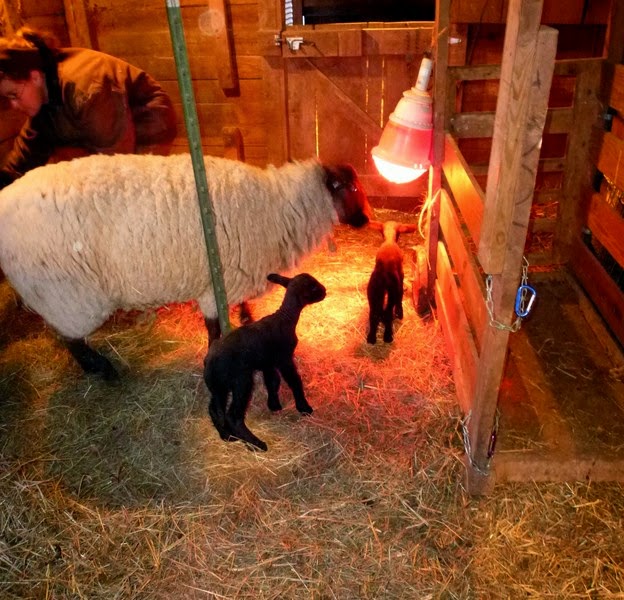 The new lambs are healthy and mama sheep is doing a great job.  But, they’re SO tiny!  They aren’t even half the size of the bottle lambs (who are among the smallest at the barn). Our largest lambs are nearly 90 pounds…these little guys are about 8 or 9.  This would be a real problem if we were hoping to ship all the lambs at one time. But, with our succession of harvest dates, it will work out fine.

I can also keep my two pretty ewe lambs without shorting the number we had allowed for processing. That's a very good thing.


Maybe surprises aren’t all bad after all.