While I'm not really one to make resolutions...

This year, I resolve to quit yelling at my computer screen (it really seems to un-nerve the Boss). Despite the fact that I feel like planting my face in my desk repeatedly…I will not. (it gives me a headache) I’ll try to stop typing “smh” over and over, although I find myself  shaking my head all too often. And I won’t give up the whole writing/ag-vocacy thing even though I really wonder if I will ever see any evidence that I have had any impact…anywhere.

Lately, I’ve felt like Don Quixote…always "tilting at windmills"...the imaginary giants that in reality were just...well, windmills...and beyond the possibility of conquest.

Surely, it can’t be as bad as it seems.  There is no way that the constant barrage of negativity toward Agriculture can be more than a figment of my imagination.  Right? Surely, I mis-read that article in Rolling Stone, the one with the blood-splattered images and the squealing pig noises. That article in the Washington Post (and picked up locally)  didn’t mean to imply that farms and farmers are superfluous and quite possibly unnecessary.   I must just be hyper-sensitive to the advertisements used by Panera Bread and Chipotle that make farmers look like some sort of lazy monsters. The words “pesticide pushers” shouldn’t be offensive.  I must have misunderstood those local folks who seem to be vocal opponents of farmers and farmers markets. No one  railed against me (and the Boss) lied about us and called us names. Small bands of inexperienced, yet very vocal activists can't be responsible for huge changes in farming. Surely, the Federal Government doesn’t want to enact more regulations regarding food production.  All farmers like and respect all other farmers regardless of their size and/or farming practices---they would never be disparaging or lie about others.  Right?   ha

The sheer volume of misinformation that is available on the internet is astounding.  (Okay, who didn’t know that?) Sometimes it feels like my personal responsibility to correct it all. Or at least what comes across my desk.  But, it’s overwhelming.  I could have a new “cause” just about every day.  (maybe every hour)  In the past year or so, I’ve written letters, articles, rallied the troops to respond and just plain worried (a lot). Sometimes with good results…other times not.  But, the tide of mis-information and misunderstanding continued to swirl across my computer screen and threatened to overflow my desk at times.

I don’t know which part of the mis-information bothers me the most. 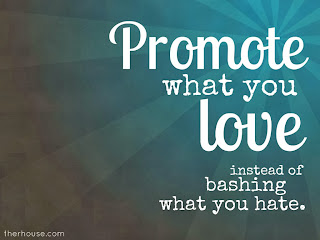 …I guess it’s the number of times that the same mis-information is repeated, re-packaged and re-worded slightly for a different audience, but remains mis-information nonetheless. The truth is big farms are not evil, small farms aren’t nirvana and LOCAL is not the holy grail of food. (and the issues of production and practice warrant their own blog) Each has its place in our community, in our very global economy, and to dis-allow any one is to revoke the very special privilege of personal choice  (something folks have bled and died for over the centuries and we shouldn’t take for granted…nor attempt to impose our choices on everyone else). Those involved in Agriculture would do well to remember this truth and work together, not using the mis-information in an attempt to make their operation look better than those in the “other” sectors of the agricultural world. I don’t know when competitor bashing became an acceptable marketing tool, but it really needs to stop!

I’ll keep plugging away in my little corner of cyberspace, sharing with those in my small circle of influence…because the truth needs telling…. and for some reason, I feel I am the one to tell it. 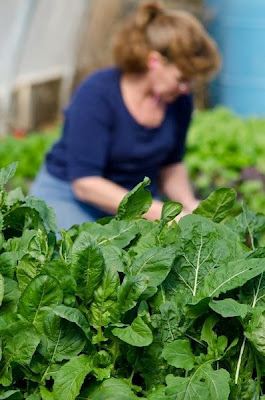 …and when the whole thing gets a little too much, a little too discouraging or frustrating, I resolve to go to the barn, the hoophouse…somewhere on the farm where I can re-group, re-focus and remember why I started doing this whole writing thing.

I love this life, the land and my job. 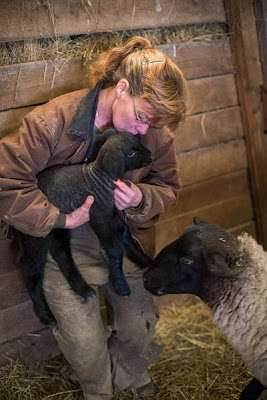 There is much more to Ag than food and sustenance...it requires abiding faith, serious commitment and the heart of a servant.

Since most are so far removed from food production, it is necessary to give folks a glimpse into the life on a farm, and instill a respect for those who work the land to bring food to our tables, clothes to our backs and shelter over our heads regardless of farm size or farming practice. Everyone should know a farmer...and yes, know their food.

That’s what I feel called to do. I want to help open eyes and share farm knowledge. Even on those days I feel like I'm wasting my time, my breath...and banging my head on the keyboard.

Maybe, just maybe I’ll make a difference for someone, somewhere.


My hope is that---when I get to the end of my days (whenever that might be) I want to be able to say “I’ve fought the good fight…I’ve kept the faith.”
Perserverance and persistence should apply to all aspects of life. (Agvocacy as well as Christianity) 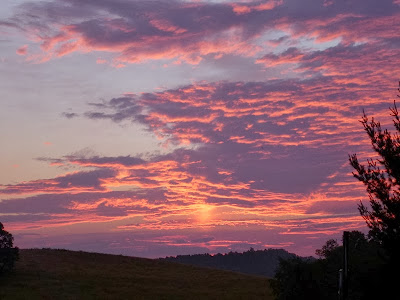 ..and at that point. I’d really like to hear
“well done, thou good and faithful servant.”

That would make up for all the worry, the frustration and the effort!
(although perhaps not the head-banging...)