The Polar Vortex blew in the beginning of the week. When I say blew in, I am not exaggerating. As the weather changed, the winds picked up and the temperatures dropped 50 degrees in a matter of hours. The wind was blowing steadily at 20 to 30 miles an hour, with gusts much higher.  The temperature was -3* and when I did the calculations, I came up with a windchill of at least 40 BELOW zero. (I really didn’t need to know that) It goes without saying…IT WAS COLD! (while I know that the Midwest and the prairies beyond are experiencing weather that makes this look tame, we are in the South…and this is unusual)

The biting arctic winds coincided with the “real” beginning of lambing season.  (most of the ewes should lamb between now and next Wednesday…give or take) We can’t take chances with the lambs getting chilled immediately after birth as hypothermia and subsequent death is a real possibility with temperatures so cold.  A sheep’s body temperature is normally 102*, so coming into a world that is well over one hundred degrees colder would be a real shock.  …and did I mention that lambs are wet, really wet when they are born?  Do you see how that could be a problem?  So, we check the barn regularly...as often as every hour when the weather is particularly dreadful.

Despite my frequent barn visits, I completely missed the arrival of triplet lambs the day after the weather started to moderate.  The blessed event could have only taken an hour with absolutely no signs on my earlier check. (go figure) They were all up and nursing when I arrived on the scene.  This is Mama Sheep’s second set of ewe triplets in as many years.  She’s doing a fine job feeding and caring for them with no assistance.  Yay for Mama Sheep!

By Friday, the temperatures had warmed considerably and it began to rain. And rain.  And RAIN.  Well over an inch in about 24 hours.  All the rain made the barnlot (and everything else) into a sea of MUD!  When I say MUD SUCKS…I am not being rude or flippant.  The mud will quite literally suck the shoes/boots right off your feet.  Quite a change from the scouring, brutal winds of the early week that had turned the farm into a dry and barren wasteland.

Upon my arrival in the barn Friday morning, I noticed a ewe in advanced labor.  After feeding the other sheep, I put her in a pen to “do her thing” and went about my chores.  A strange noise caught my attention and it was a good thing it did.  When she birthed out the first lamb, the birth sac enveloped his face and he couldn’t shake it free.  (the noise was his attempts to breathe through the membrane…it was like a balloon over his face) Without some intervention, he would have smothered shortly after arriving in the world.  However, he and his brother are both doing fine.

But, the fact that I dubbed them “dos rambos lambos” and found it endlessly amusing is a testament to what sleep deprivation will do to a body.  Read this old post…it explains why I find "lambos" funny.

Thankfully, we got through the episode with the Polar Vortex with little difficulties and no catastrophes.
Well…I take that back. We did have one difficulty. 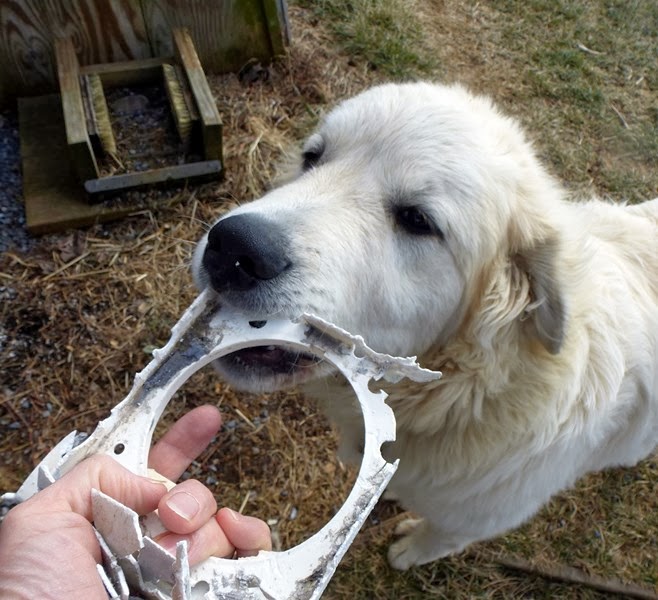 For reasons known only to Gus’ furry mind, as the winds of the Polar vortex began to swirl around the farm, he took it upon himself to tear the dryer vent off the back of the house ---and tore it to smithereens and left it in the middle of the backyard.  A trip to Lowe’s, a larger than expected repair job, and we have a new (metal-covered) dryer vent.  Let’s hope he doesn’t eat that! (or anything else...this puppy chewing thing is getting a little old!) 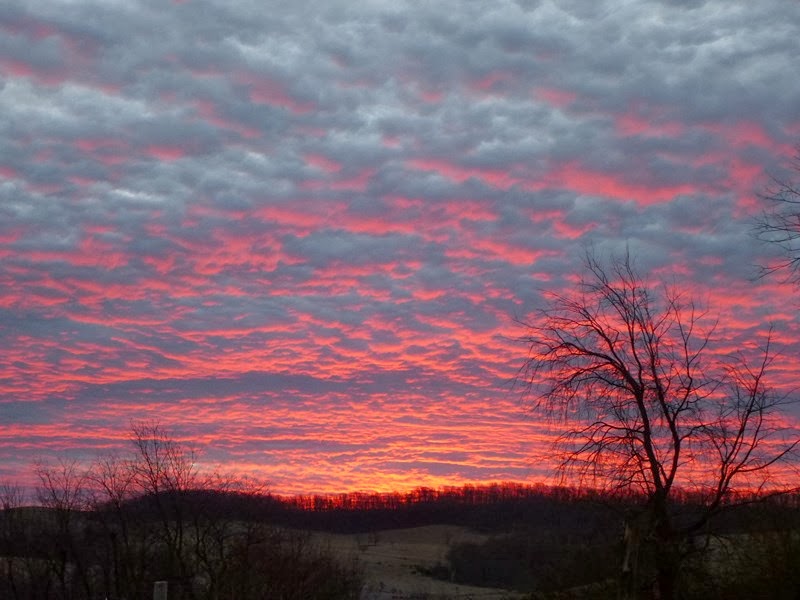 The upcoming week should be eventful, to say the least.  The rest of the ewes should be dropping their lambs in a three day stretch.  This is the way it happened last year, too. 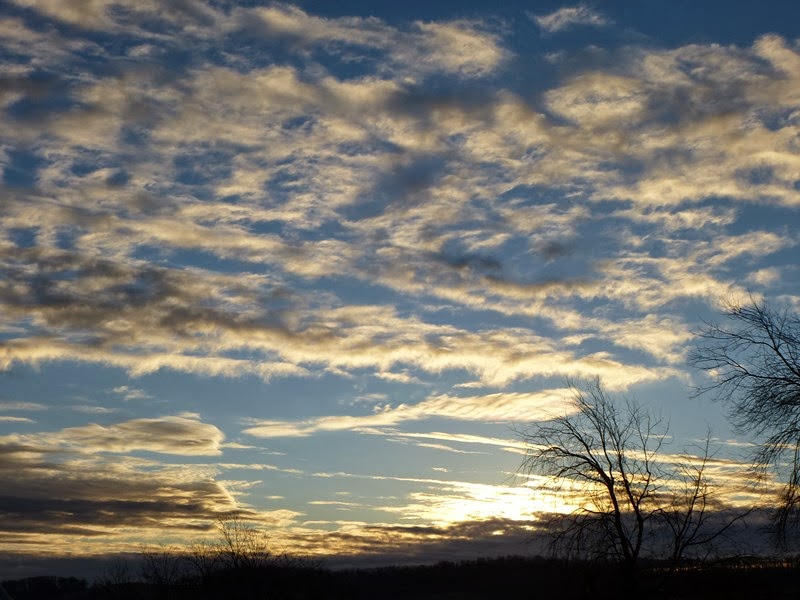 It promises to be challenging, chaotic and we're going to hope...completely successful. 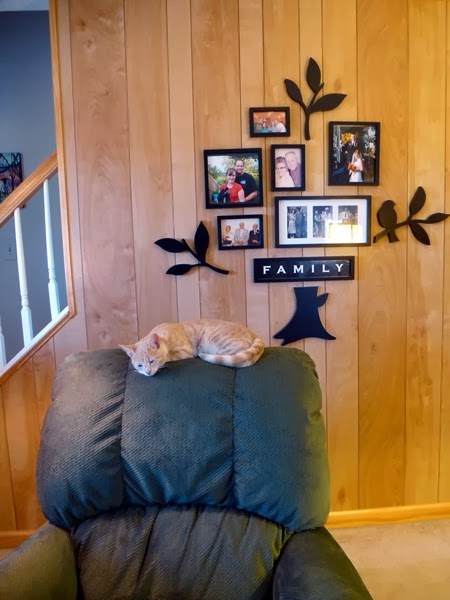