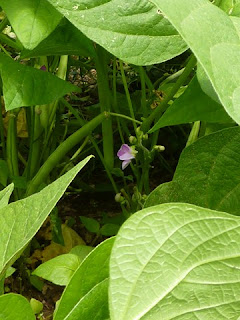 Along about mid-July, The Boss and I looked at one another and said “Green Beans! We need another succession planting of GREEN beans!” Yes, the conversations around here are indeed that odd and random.

We checked the calendar and did the math. Ooo, that would be cutting it close, real close. However, if we caught a break in the weather…we might be able to have late season beans. He decided to “go for it” and seeded in some beans.

When you do succession planting, it is necessary to count ahead on the calendar to see when the crop will mature. Actually, this should be done in every planting situation. That way you have some idea of your harvest window.

Late season planting always carries a risk. If the planting doesn’t have enough time to mature before the frost and cold arrive, time and energy have been wasted.

We took a risk with those beans. But, they grew beautifully. 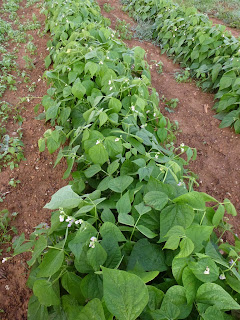 They were loaded with tiny beans and a multitude of blossoms. It looked like they would be ready for Market sales toward the end of September. If we had planted them when the nights were staying warmer, they would have matured earlier.

Then, it happened. When we walked outside to do chores the morning of September 15, there was frost! 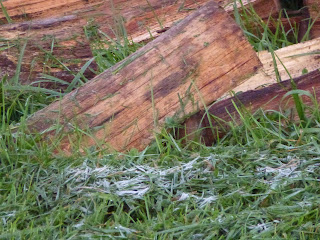 Beans do NOT like frost. We had not covered the beans the night before because the weather was not predicted to be so cold. Covering the beans, or any crop, with row cover (a spun poly fabric) will protect from cold to some degree. It is a great solution, with a down-side. Row cover does not like wind…and here on the hill, we get a LOT of wind.

Upon further investigation, we found the frost was quite patchy. It seemed to miss the bean patch entirely. Hooray! 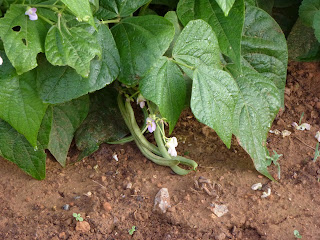 I keep telling Market customers that “this is probably the last week for beans….you know the weather…” and then there are still beans to pick. So far, that little bean patch thrown in at the last minute has produced well over one hundred pounds of beans. 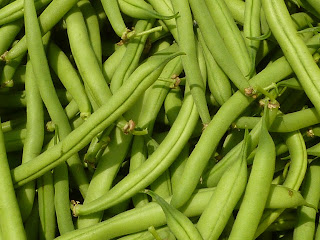 But, I really DO think this is the last week for beans…
Posted by Barbara at 9:08 AM