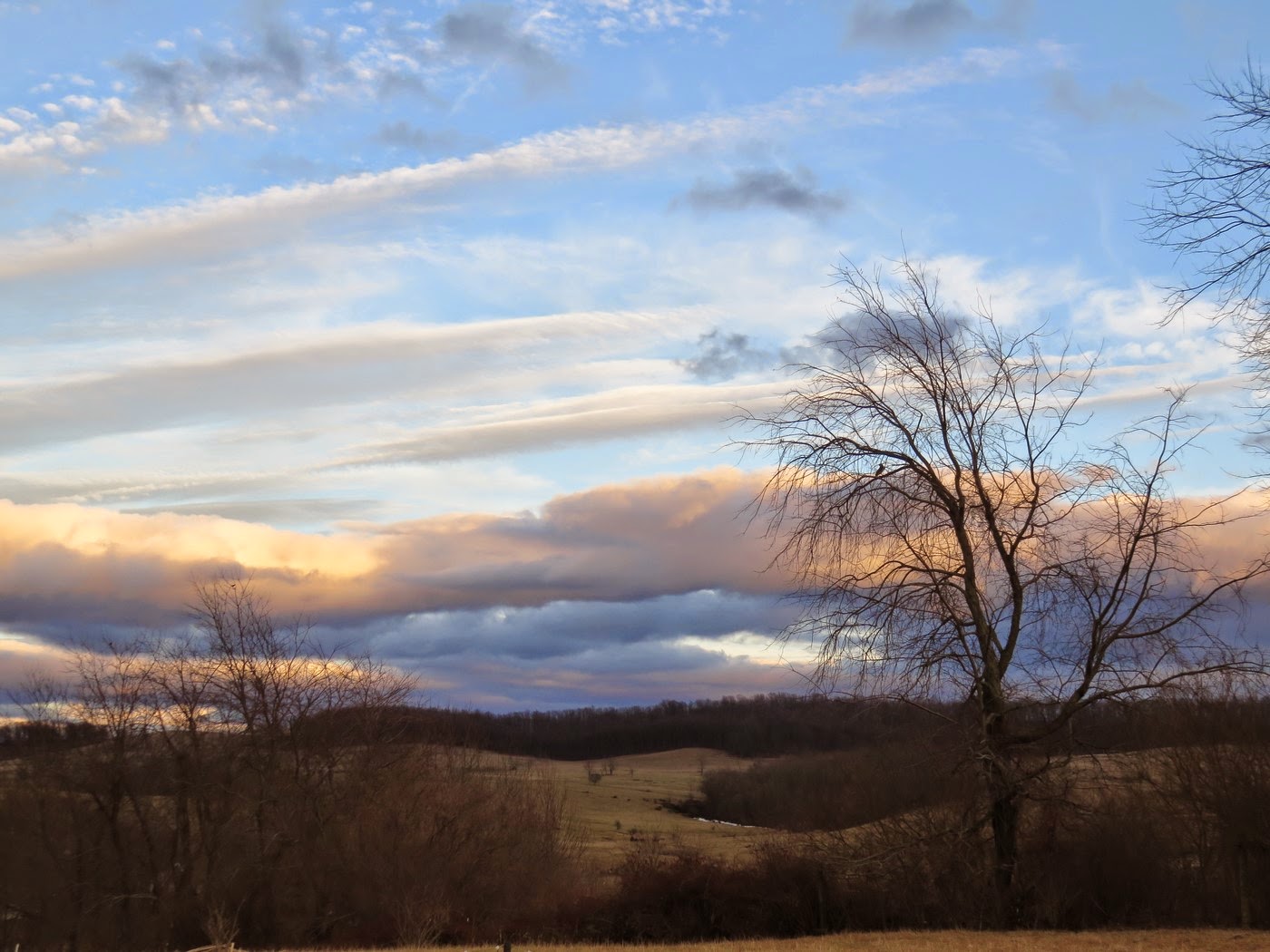 It’s been a long week here on the hill.

But, despite numerous setbacks and frustrations… 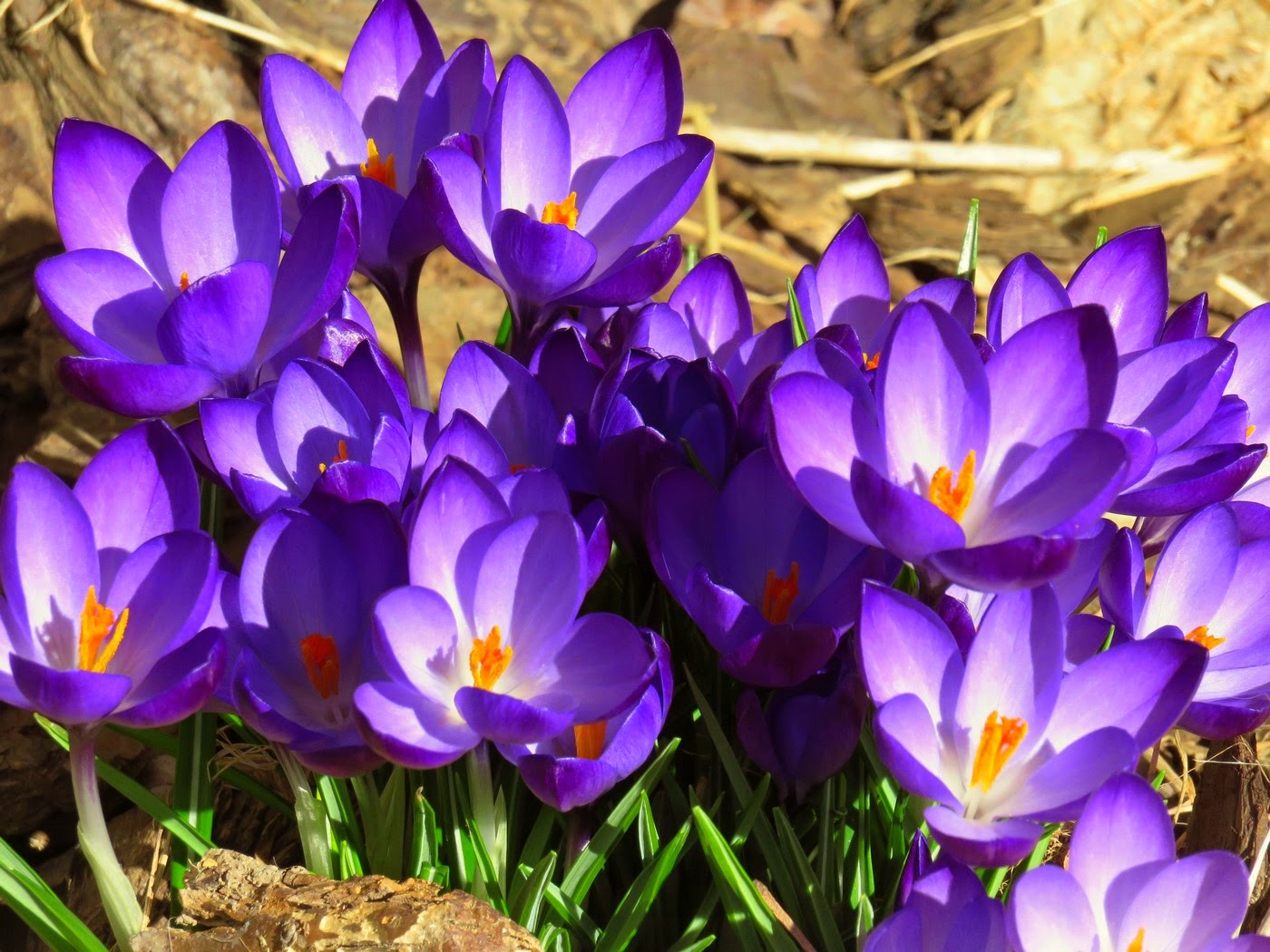 Spring never arrives with any special fanfare, and this year’s cold, damp weather certainly didn’t feel very Spring-y. But, we did miss the snow that fell further north, so there is that. If nothing else, the very fact that it’s “officially” Spring gives us a little different perspective…and things to look forward to.

The week started off with a “catastrophic computer crash”.  No, I’m not being overly dramatic. That’s what the Boss said. Computer issues are never fun, but one of this magnitude was maddening and had a ripple effect that truly affected everything else on the hill, since the Boss is also the IT guy.  Half of Monday was spent dealing with issues and talking with the computer-dudes in California. (which meant he was on the phone and in the office and not able to do his usual farmwork) And, it wasn’t until later in the week that I realized the email list for winter sales had been affected as well as my bookkeeping program...which meant I had to be in the office and not focused on my usual farmwork while I figured out what and/or who was missing. ARGH

But, since the potatoes STILL had not arrived at the seed company, we couldn’t make the trip to pick them up anyway. (so the Boss had the time to fix the computer)  He was assured that the potatoes would “probably” arrive later in the week. (he checked…they had not…we are STILL waiting) Again with the “ARGH” of frustration.

Potatoes are an essential around here.  Not only do they grow and sell well, we use them a LOT.  And, quite honestly, I am freaking out a little more with each passing day. We have never waited this late to get them before, and the whole situation is wearing on me.  It’s still too wet to plant, and honestly, the soil is still a little too cold. That’s why we generally plant potatoes in April and again in July. But, I will feel much better when the potatoes (which we have already paid for) are stored away here on the hill. 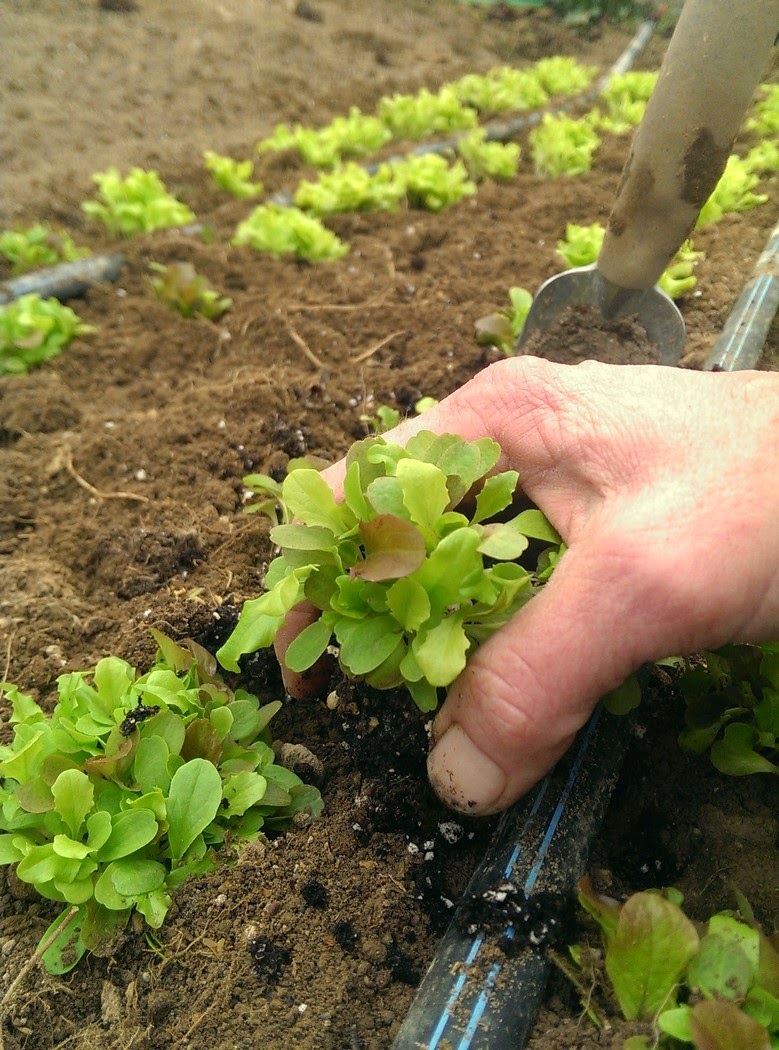 Trying not to think about the computer issues (or the potatoes), I spent a fair amount of time in the greenhouses and hoophouses. The Boss cleaned and tilled, and I planted…and planted.  I got over a thousand tiny seedlings transplanted.  In just a few weeks, they will be ready for harvest.  The planting is part of the weekly cycle that will keep the hoophouse in full production and make it possible to have fresh greens throughout the Market season.

Checking on the earlier hoophouse work, I found some good news...

...and another project...
Then it was time to start more seeds.

With the transplants moved to the hoophouses, I finally had some more room in the greenhouses to start those seeds.  I seeded the tomatoes and lots more greens.  The brassica crop was fertilized and we entered that season of vigilance where the greenhouses are kept under constant surveillance to assure that they don’t get too hot or too dry.  The transplants can go from luscious green growth to extra-crispy, dried and dead in a very short time, if I don’t pay attention. (unfortunately, I’ve done that more times than I care to recall!)

We also de-wormed the sheep and re-homed some hens. Both jobs were fairly uneventful, but quite necessary.  The hens don’t lay incredibly well after a while, and since we need a consistent egg supply, we either sell them, or if they’re very old and egg production is non-existent, we take them to the zoo, providing the big cats (and alligators) with some local food. But, this time, the hens found a new home at Blondie’s.

As for de-worming the sheep, internal parasites (microscopic creatures for the most part) will kill sheep (particularly lambs) almost overnight.  With the coming of warm weather and the lush green growth of spring, this can become a serious problem in a very short time, so we must maintain a watchful eye on the flock and take action to prevent illness and death.  For the record, they all look great!

Since the snow finally melted and the wind blew and blew and dried the mud, the Boss took advantage of the break in the weather and tilled all the garden beds. 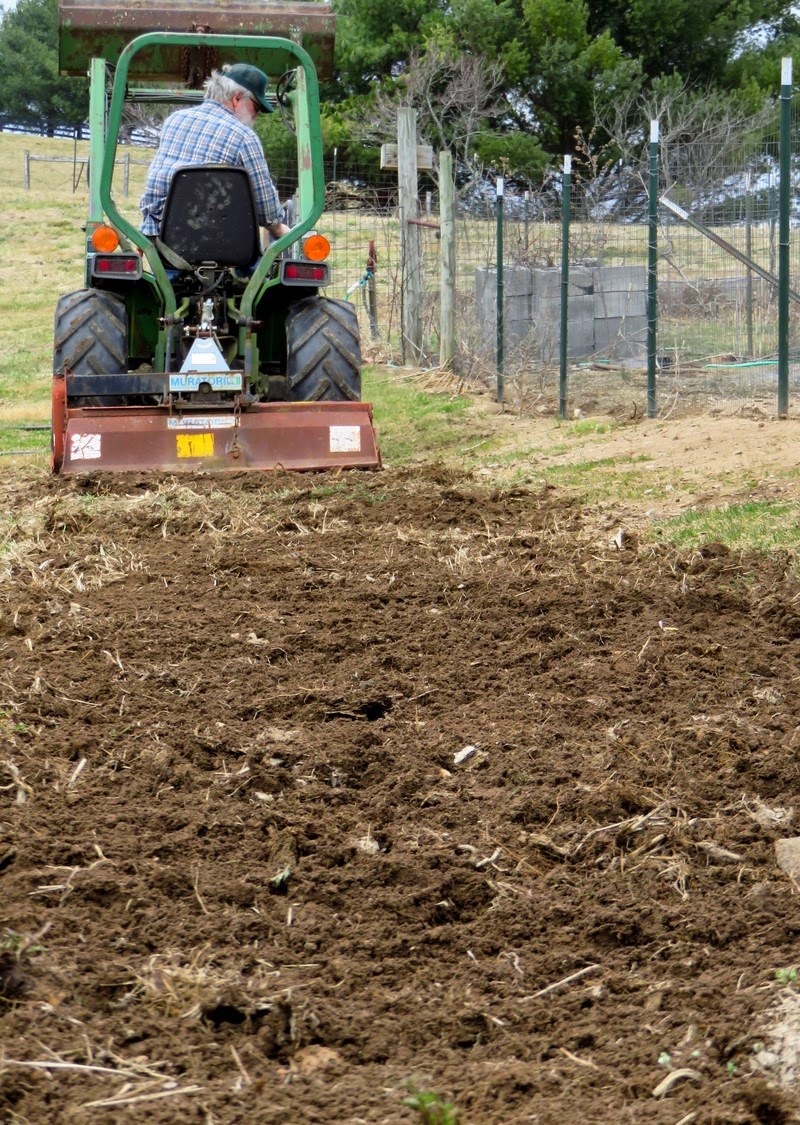 Our very hilly terrain doesn’t allow for huge, flat, square garden spaces that can be worked with big machinery.  After fighting the erosion for a number of years, we converted two of the garden spaces to a gridwork of beds.  While this cut down on the amount of open, tilled garden space, it has actually increased our productivity…and completely eliminated the erosion issues. It also makes succession planting easier. And, it’s far less daunting to head out to pick several beds of something than to face a seemingly endless row!

That first pass with the tiller in the Spring seems bring the farm back to life and is the signal that the growing season has begun! (despite the still chilly temperature)

Saturday morning, we made our last “off-season” delivery.  We always take one week off before the Market opens.  And, NO, we’re not on vacation.  There’s a lot of prep work to get ready for Market…clean out the Market trailer, organize and defrost the freezers, print farm brochures and recipes…and then there’s the planting and the harvesting…among other things.

I want to take a minute to thank all the folks who participate in our winter sales program.

THANK YOU! We appreciate each and every one of you!

I can’t believe that it’s been eight years since we came up with the idea and how many of our customer-friends have been there the whole time…and how the whole thing has grown over the years.  This year’s bitter cold weather proved to be  real challenge, and we didn’t have fresh greens anywhere near as often as we would have liked, but, all in all, it was a good “off-season”…and plans are in place to continue in ’15-’16.

But, first…there’s the matter of the Market season. 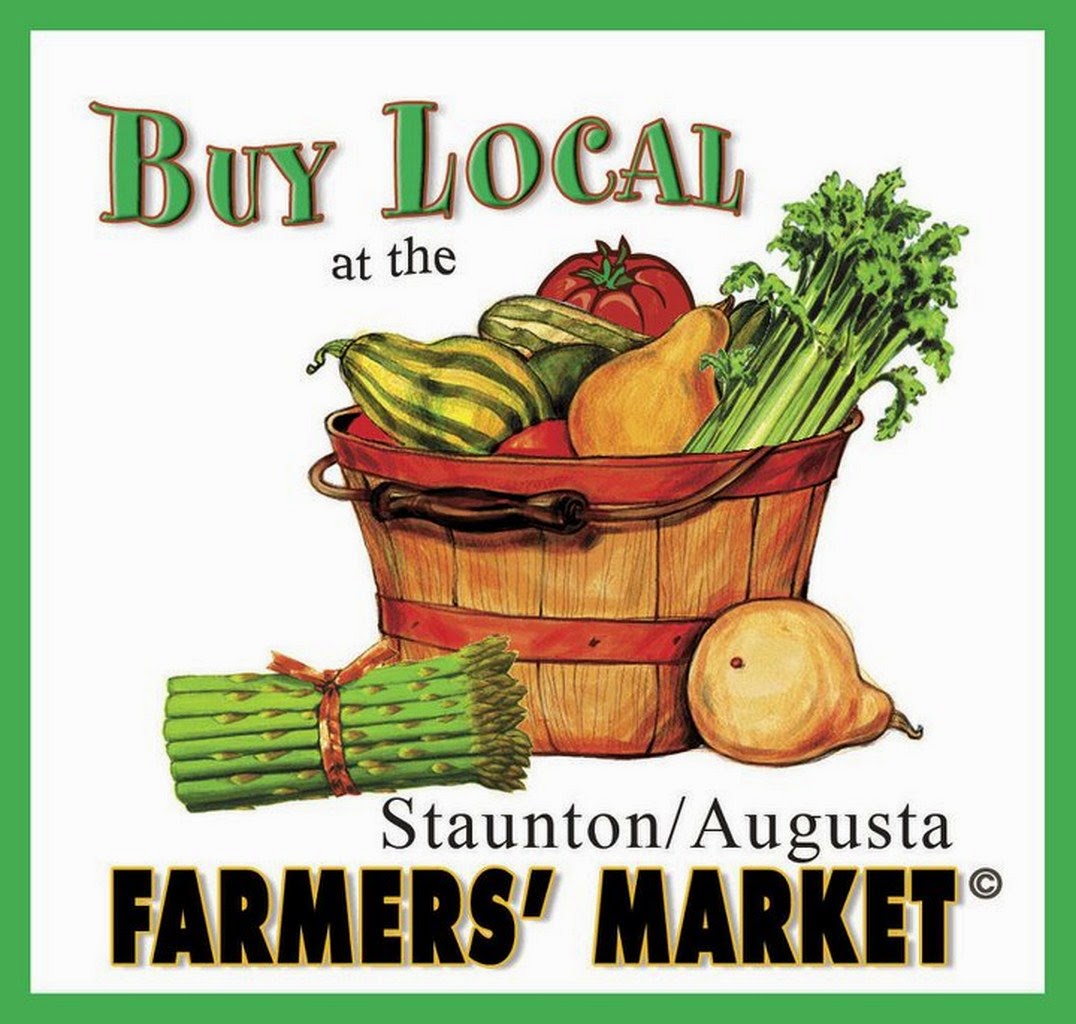 Time to start talking nice to all those little plants in the hoophouses! 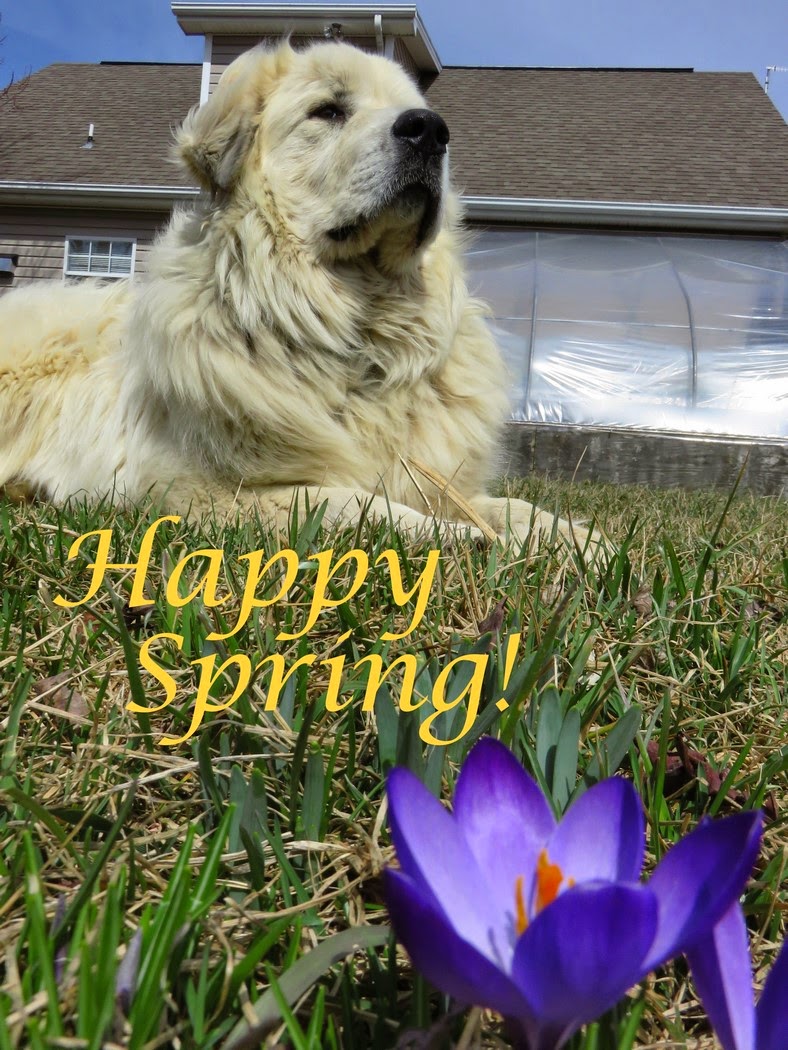