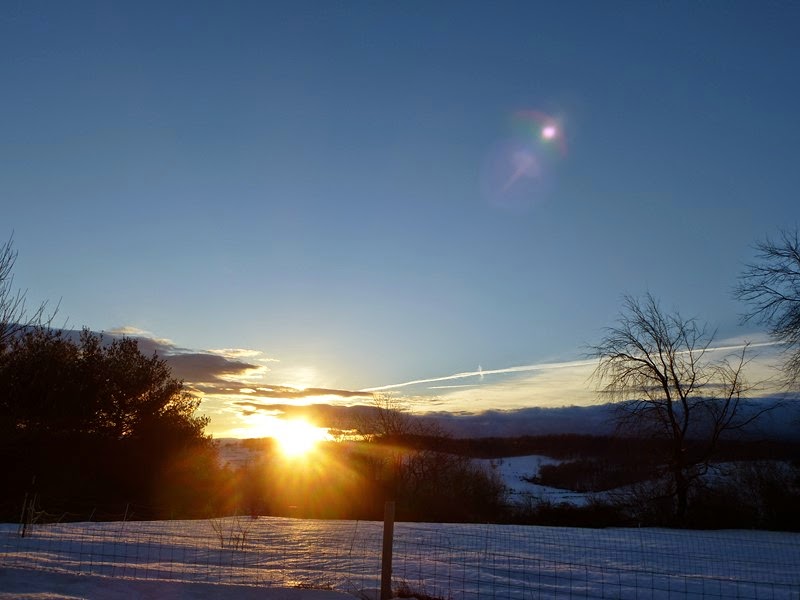 So, did you SPRING forward?

I'm thankful for that the computer and phones change themselves, I'll spend the day trying to get the other clocks caught up...and stop the pendulum on the living room clock from banging with every stroke.

…and that will be my only mention of the change to daylight savings time.  Other than to say that this entire week will be affected by our trying to figure out what time it is…and why we are late for everything!  I have given up trying to explain the concept at the barn.

The big factor in farm work this past week was weather, not time. (because we all know there is NEVER enough time to get everything done)   I think Winter was getting one last blast in there before retreating. Well, at least that’s what I’m hoping.

We had some ice and a little snow early in the week that didn’t live up to the predictions. (yay) There was a little break in the action. Then, all eyes turned to a much bigger threat toward the end of the week. The forecast got a little more dire with every update.

The Boss decided to take advantage of the “lull” and get the pullets moved to the hen house. A very necessary, somewhat nasty job.  It’s amazing how quickly they grow from tiny chicks.  Some of them are already laying eggs! 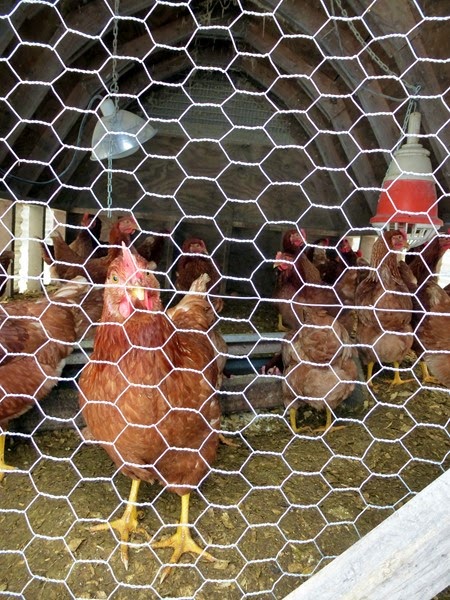 We caught them, banded them (a different color leg band on each batch of chickens helps us to identify them later) and transported them to the henhouse.  They will stay in their own portion for a couple of weeks until they acclimate.  Then, they will join the flock.  We have found that the “acclimation process” helps them to learn to come back in the henhouse at night and cuts down on the whole “pecking order” thing a little.  Well…in theory, anyway.(did you read this?) 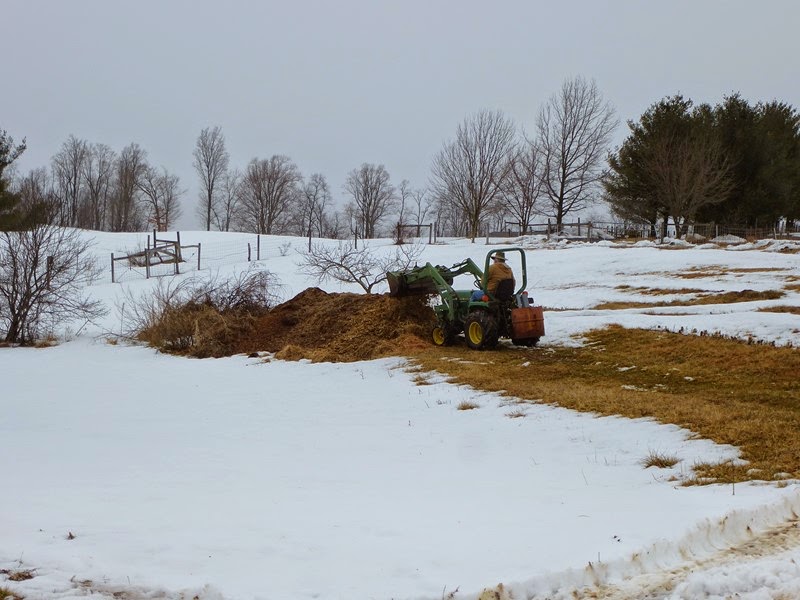 With that task out of the way, the Boss could turn his attention to cleaning out the brooder.  Which, I must say, was totally, utterly disgusting. But, it will make a wonderful addition to the compost pile!

Unfortunately, the weather turned again, and he did not get to hose it out and complete the cleaning job. (It needs to be clean…really clean…before the broiler chicks can go there to live)

So…yes, the broiler chicks (in their little chickie pool) are still in the shop, along with the lambs (in their modified play pen).  It not only looks like a cross between a pet shop and a zoo in there…it smells like it, too!  Our biggest concern at this point is that they will all escape and we will have lambs and chicks everywhere. “Dash-the-ram-lamb” gets SO excited when he knows his bottle is coming that he crashes THROUGH the pen and comes running toward me.  Yesterday, he followed me into the walk-in cooler.

Getting the livestock out of the shop is definitely job#1 for the upcoming week!

Thursday, we got another 8 inches of snow. 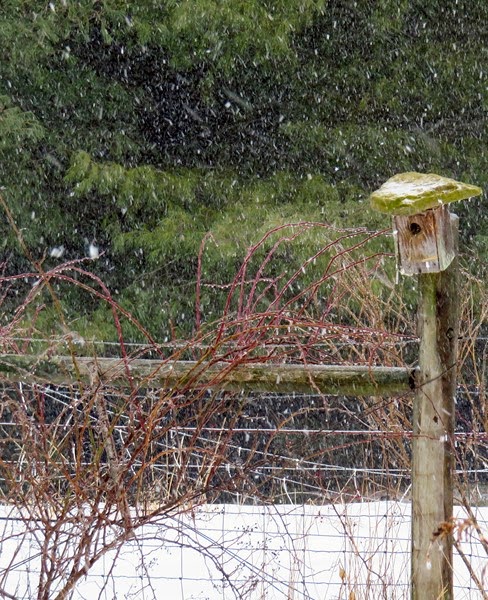 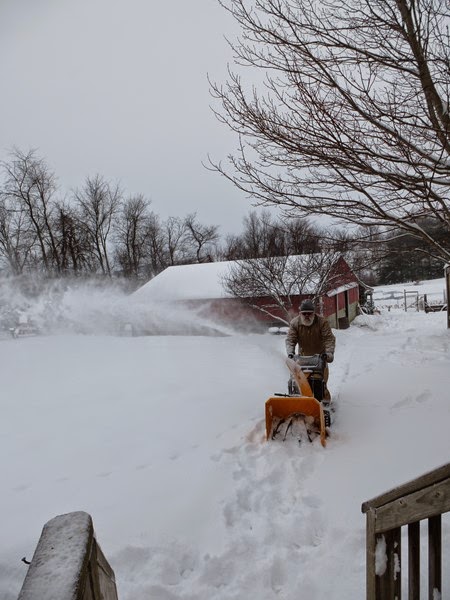 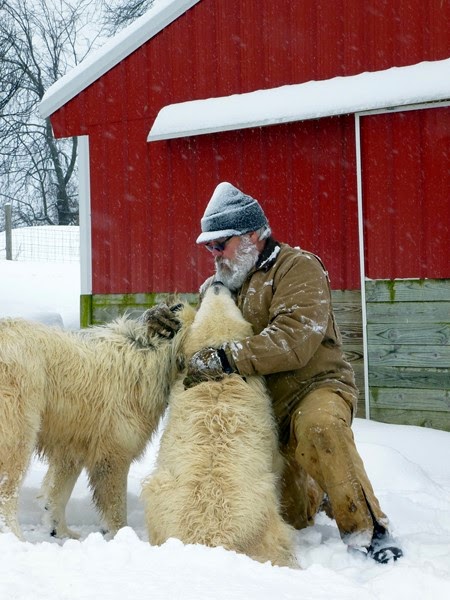 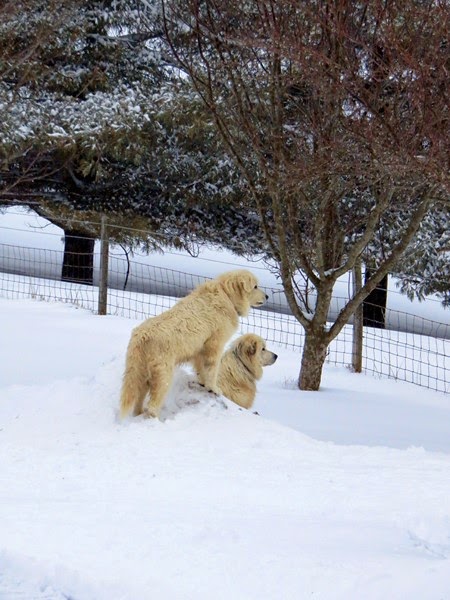 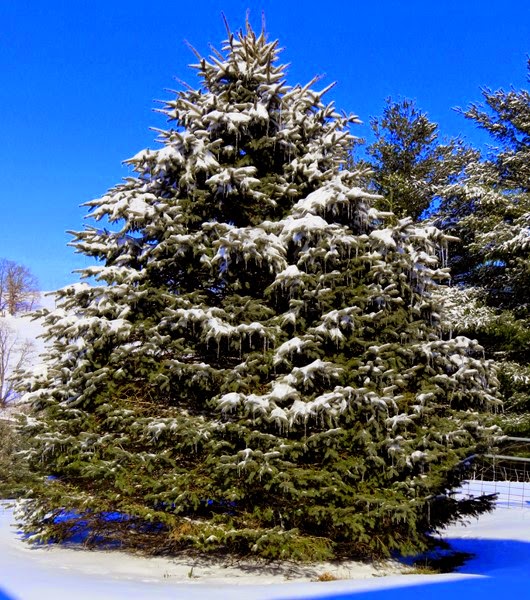 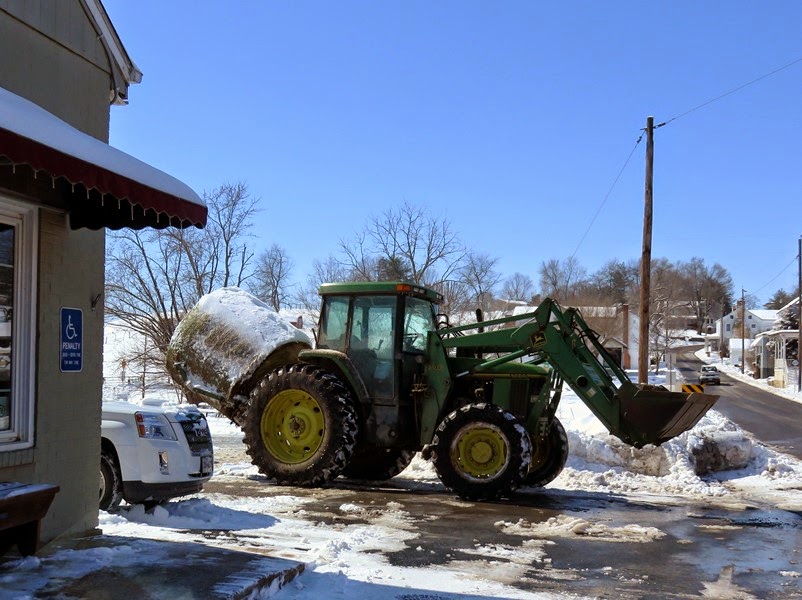 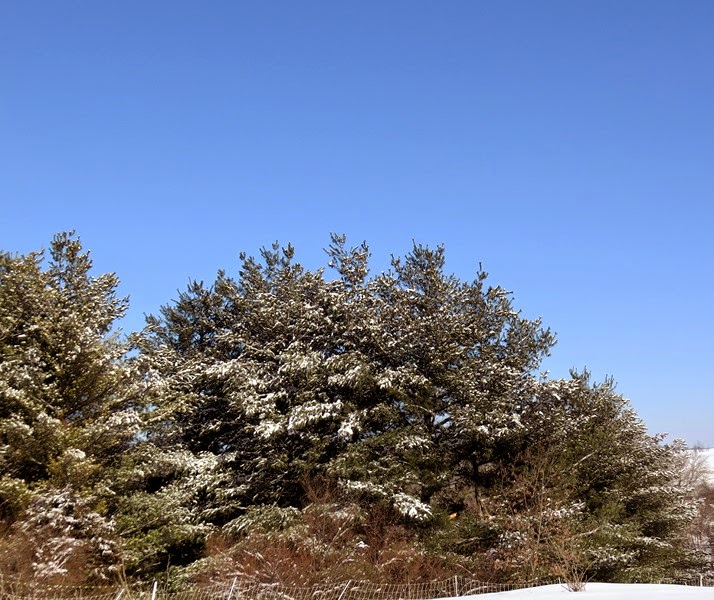 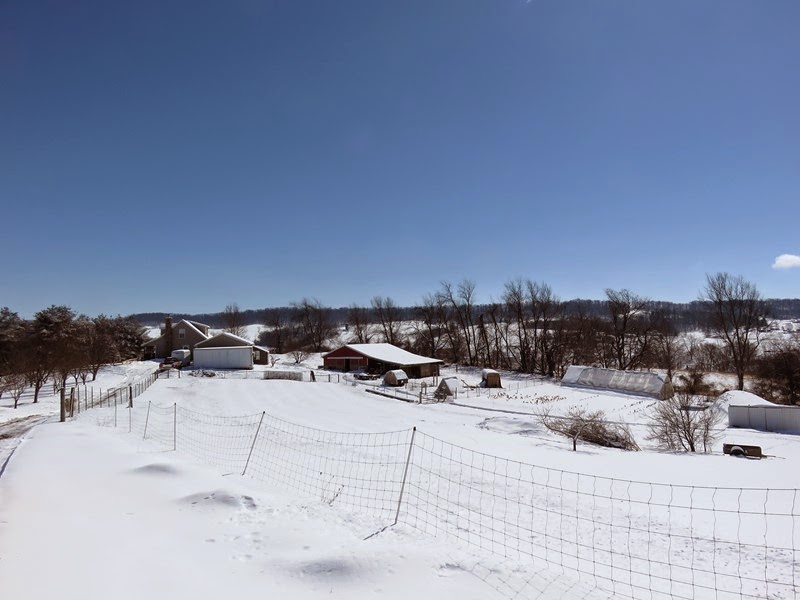 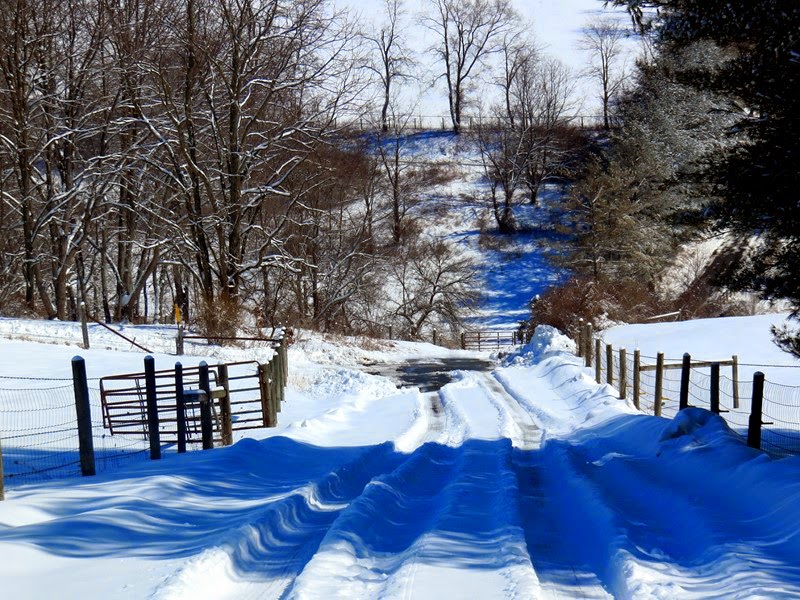 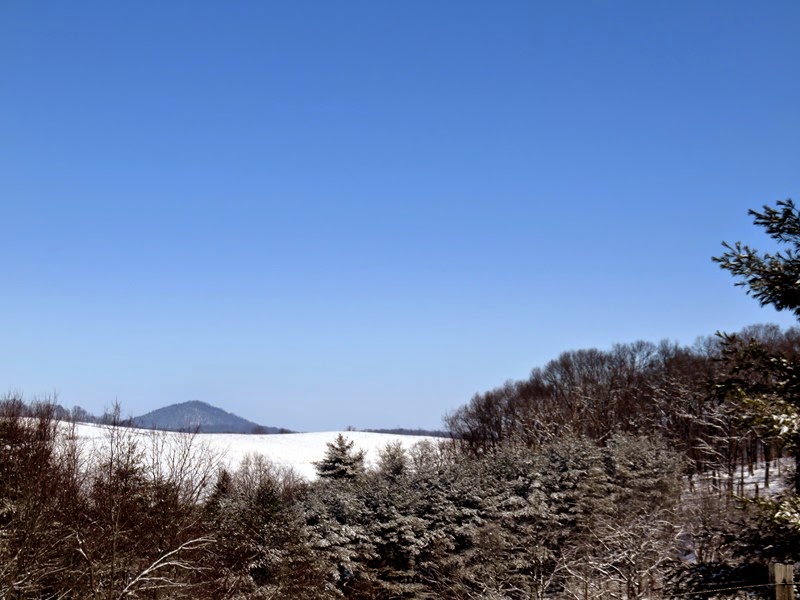 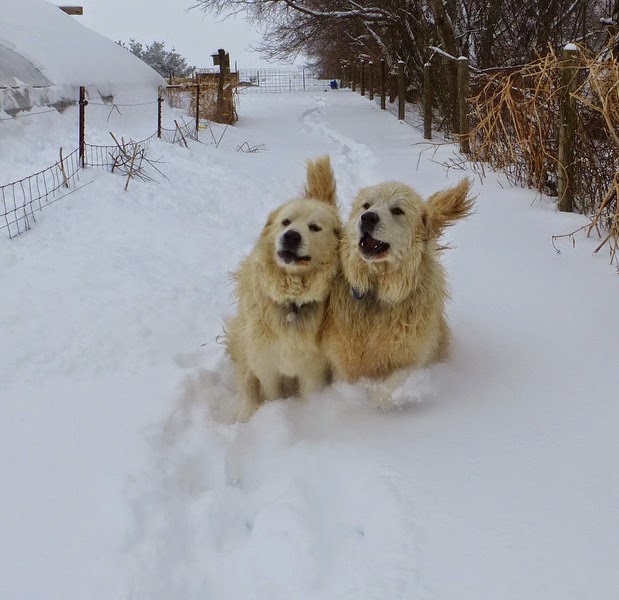 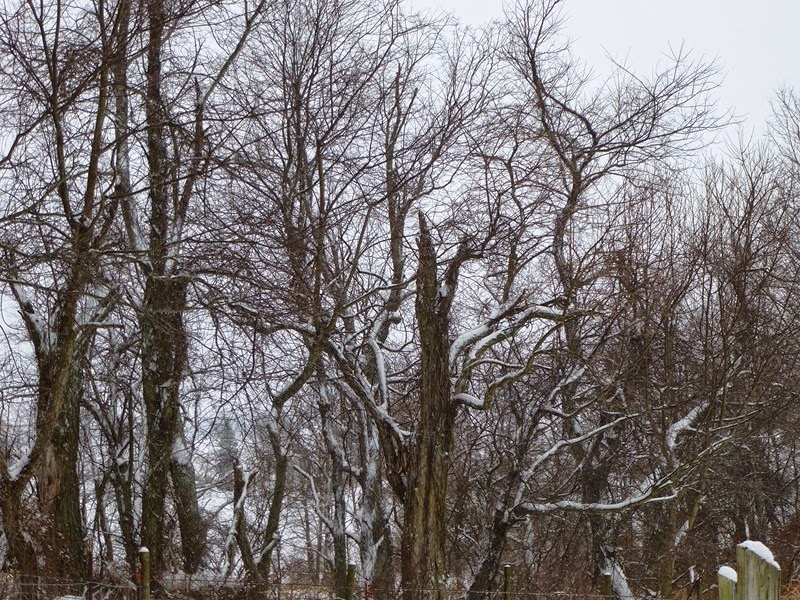 This put a bit of a crimp into the plan of working the sheep.  Not only is it not at all pleasant to handle wet sheep, the entire handling system (a bunch of connected gates) was covered in snow and ice and frozen to the ground. (the snow pouring from the sky was another issue)  Another job postponed! The “to-do” list for the upcoming week is growing by the minute.

It was a very pretty snow, but it was followed by some incredibly COLD air.  So…it didn’t even begin to melt…and frigid temperatures cause other problems.

Cold temperatures this time of year are a huge concern.

We have thousands of little seedlings in the greenhouses and keeping them alive is my top priority.

Amazingly, despite the fact that the temperature was ZERO and the wind was blowing furiously, the little “milkhouse” heaters in the greenhouse kept the plants warm and growing. Believe me, I did a little happy dance when I checked the numerous thermometers. Now, begins the challenge of keeping the greenhouses warm at night, but yet ventilated and irrigated during the daylight hours. More stories from the greenhouse will be forthcoming.

With our downtown deliveries completed, another week has come to an end.  So, we’ll make a new plan for the upcoming week, trying to fit in all the things we didn’t get done last week and working around a weather forecast that includes a lot of raindrops…and the arrival of MUD season.

But, in the meantime…

Here’s to a Happy Sunday! 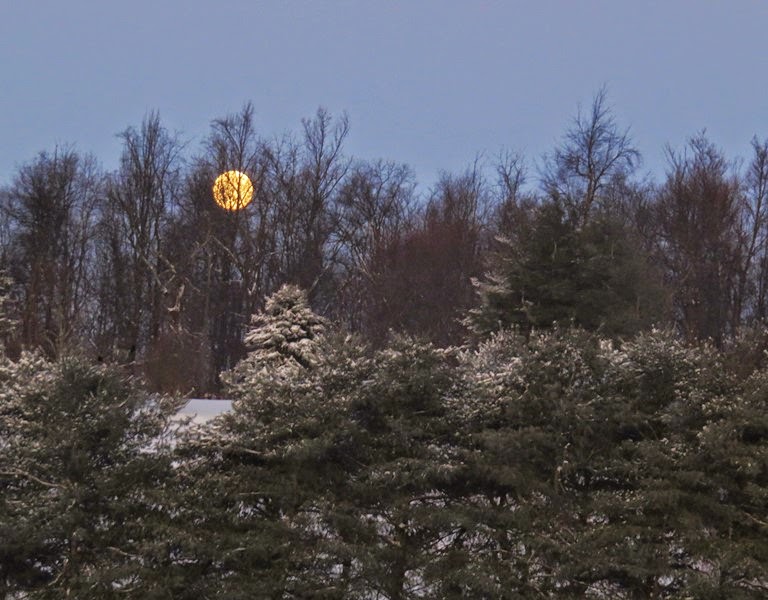 Thanks for stopping by to visit.  Please come on back again real soon!

And, if you want to see even more photos…check out Flickr.
The Boss’ page has cool shots of the farm and the surrounding area. https://www.flickr.com/photos/t_leighton_womack/

The farm has its own page as well.
Homestead Hill Farm