The Invasion of the Crawly-Backs 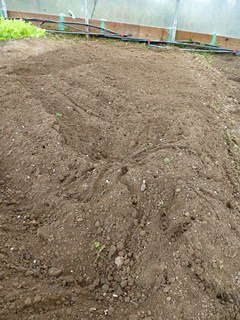 When I began planting in the hoophouse the other day, I noticed a bunch of weird little holes and a bunch of odd “tracks” in the freshly tilled beds.   ??

There were no creatures to be seen, so I took pictures, hoping to solve the mystery later. 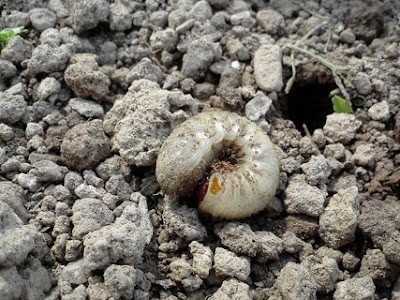 As I continued planting, I began to notice these big, fat (truly disgusting looking) grubs.  Most were curled tightly into a “C” and motionless when I poked them. I collected them by the handful and the hens had a much appreciated although unexpected feast.   Ewww…wonder what they were…?

When I finally made it back to the computer to do a little research, I discovered that the grubs were actually a type of figeater beetles.  The Green Junebug. 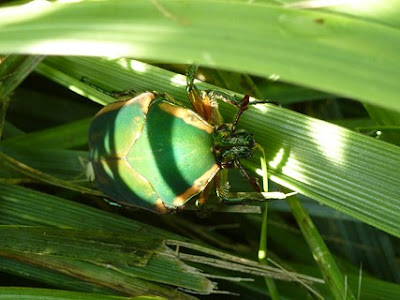 Oh, now it makes sense.  During the summer, the air fairly teemed with these HUGE beetle things.  They look rather like Japanese beetles on some type of steroid.  They are about an inch long, and would come out of the grass in the warmth of the sun and bumble around the farm in great numbers.  They don’t eat everything in sight (unlike the Japanese beetles) but the noise and unexpected appearance can be a little alarming. They DO feast on the fallen and rotting fruit in the orchard and garden.

Apparently, conditions were just right this year for massive procreation.  There are grubs everywhere. Every time the Boss tills, he uncovers vast numbers.  The chickens are loving it! 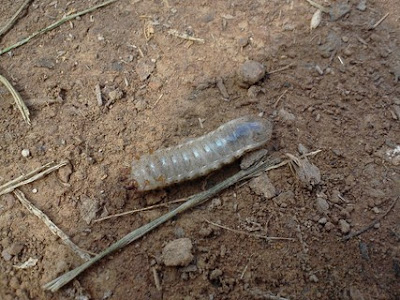 Crawly-back is not a term I coined, although I like it for its oddly gross descriptive quality.  The grubs have six
little legs that are fairly ineffective in aiding movement, so they “scooch” along on their backs, waving the ineffective little “arms” and leaving behind the little furrows I kept seeing in the freshly tilled earth in the hoophouse.  I think it’s the “scooching” motion (along with the waving little “arms”) that makes them seem so gross and disgusting. Their rate of locomotion is incredible speedy, particularly considering their size and unwieldy body shape. 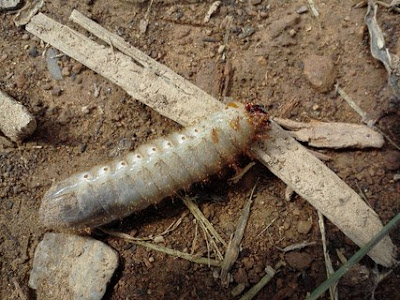 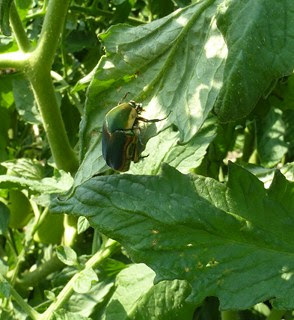 The grubs will eventually burrow down into the ground, pupating over winter and emerge as full grown beetles in the warmth of spring and early summer to begin the cycle anew.

…and that concludes our science lesson for today!
Posted by Barbara at 6:52 AM