If there is ever a down-side to being the small producer, it is…well…being the SMALL producer.

Sometimes, it seems like no one takes you seriously. Our operation has often been referred to in a disparaging way...The Boss' tractor deemed "cute" on more than one occasion. 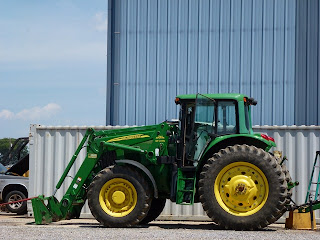 On the other hand, the ginormous debt-load and subsequent worry are not an issue around here. SMALL producer has an up-side as well. J

When the “big guys” buy a new piece of equipment, a lot of folks take notice. Heck, I take notice.  New tractors get everybody’s attention!

I just checked prices of new John Deere equipment. …and no, I didn’t check any other brands…tractors are just supposed to be GREEN!  J  A new JD tractor with all the bells and whistles can cost anywhere from around $40,000 to $400,000. Harvesters and other equipment can be even more costly.  While they look awesome sitting out there…and do some amazing and truly necessary work, the thought of that kind of payment gives me major nightmares. But, they sure look good! 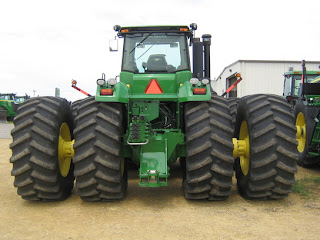 Back to the real world…

(For the record, those big tractors would be useless around here…they are just TOO big.)

This has been the year of the replacements around here.  We’ve been doing this long enough that I guess we’re just due… But, honestly, it seems like EVERYTHING needs fixing or replacing.  No, take that back…the tractor is okay. That is only because it had to spend some quality time in the shop LAST year.  We do need to get the tractor bucket fixed, but I am trying not to think about that right now.

First Troy up and quit on us. The Boss finally gave up on the whole repair deal with that one and sold it part and parcel, new engine included, to Mechanic SiL “T-bone”.  He was thrilled and got it running. It has developed further “issues”. But, it’s gone from the Hill… 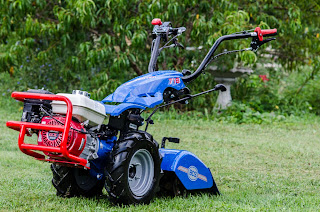 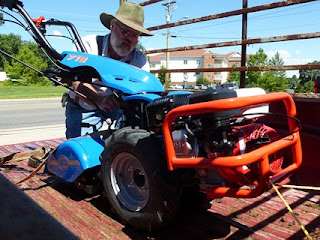 We replaced the garden tiller with a BCS that we picked up in H’burg on the way home from our trip that delivered the first lambs to the processor.  Yeah, when we buy “equipment” it fits in the back of the pick-up.

And NO, that really doesn't do a whole lot for our “real farmer” image.   But, it fills our needs and we were able to pay CA$H.

Once the Boss got this new tiller into the garden, he began to wonder WHY he ever bought and used the other brand.  The soil is so amazingly fine (in texture) after using the BCS.  We are converts! 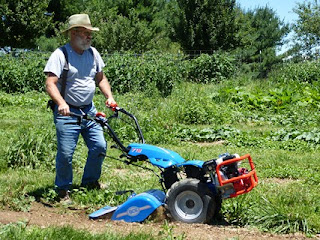 Okay, solved that issue!  …but then… 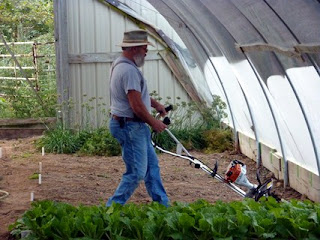 The tiny tiller, used for hoophouse cultivation, has been ever so slowly driving the Boss to distraction.  I cannot tell you how many times we have had to replace the primer bulb alone.  Okay, we have replaced it so many times that the guy at the hardware store knew what I needed before I told him. It’s a small town…but, that was just too hilarious!  Rather than have the Boss completely lose his mind, it was time to replace THAT too. 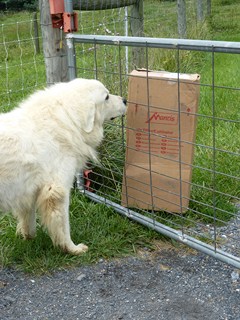 That EQUIPMENT purchase was done on-line, and FedEx dropped it at the top of the lane.  Does it say something about your operation when your newest “equipment “acquisition fits in a box smaller than the dog? …and the wife can carry it back down the driveway?   Oh, yeah…you’re a SMALL producer! 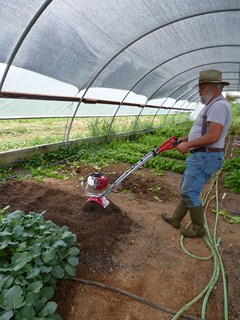 The next day, it was assembled and immediately put to work.  Wow!  We should have done this YEARS ago.  It works incredibly well and doesn’t cause the choking smoke of the other brand. So much for brand loyalty. 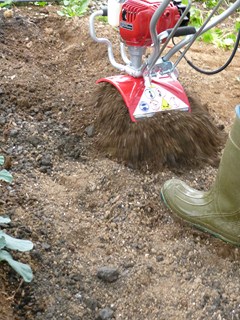 Our machine shed may look like a toy box to some folks.  But, these new toys, I mean…TOOLS…make work much easier and have a very real positive effect on our bottom line. 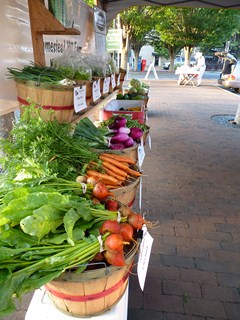 Nothing like the perfect tool for the job to allow us to to an excellent job growing vegetables for Market.