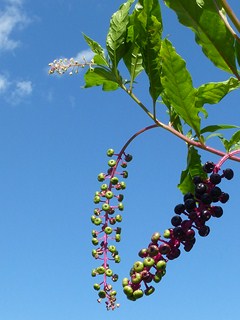 Long before the seasonal change of light, or the first falling leaf, the Phytolacca Americana is growing vigorously and by late summer is covered with an abundance of tiny white flowers and berries in various stages of development.  By the time the berries are hanging in purple masses, the nights are chilly and other indicators are saying AUTUMN is here! 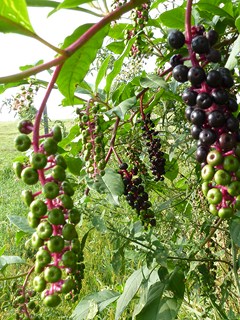 Growing in the areas of the farm that don’t get much attention, the pokeberry plants can reach enormous heights.  We have a specimen behind the barn that prior to last night’s wind must have been in excess of eight feet high.  Despite the wind damage, it is remains noteworthy. It does seem a shame that all that beautiful growth is just weedy waste. 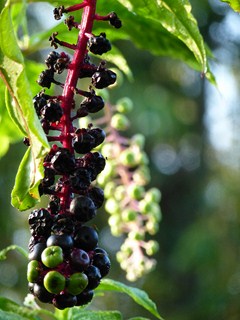 The animals won’t eat this particular species of plant.  The jury is out on whether humans should either.  There are those who swear by its healing properties and yet others insist the entire thing is poisonous and should be treated with care. 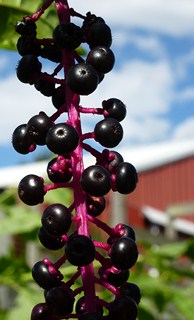 In Appalachia and other parts of the rural South, in the springtime the young plant is boiled and eaten and referred to as “poke salet”. I understand that wine and jelly can be made from the berries (if they are handled "just right").  I remember eating the greens in the springtime at least once as a little girl.  They tasted a lot like spinach, and I did live to tell the tale.  However, just like any other wild food, there is a time and technique to preparation, and I would never recommend its consumption to the uninformed.  Some old timers suggest eating a dried berry or two a day for the pain of arthritis. This has led to a renewed interest in the plant for possible medical use for many ailments. 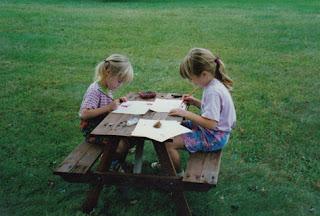 The berries are a beautiful color. They start out a pale chartreuse and eventually turn a deep purple. When popped, they make a pretty pink stain.  Historically, it was used for ink and dye. It is said that the Constitution is written in pokeberry ink.  Legend also has it that many letters written to the home folks during the War Between the States were written using the purple berries. Native Americans marked their animals with it, too.  Back in our early homeschooling days, the girls mashed some for a project in writing and drawing.   Using dowels sharpened with a pencil sharpener, their fingers and a couple dozen q-tips for paintbrushes, they enjoyed pretending they were back in the “olden days”. 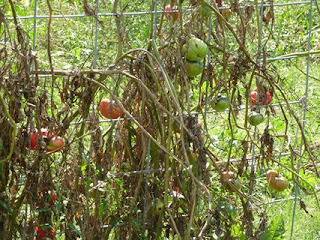 About the time the pokeberries are evident, the summer garden grinds to a screeching halt.  The tomato vines that just a week or so ago were producing abundantly are brown and withered, their fruit small and misshapen.  The cucumber plants have succumbed to blight and are no longer producing.  The same can be said for the squash plants.  The garden is a weedy, messy, discouraging sight.

That is, until you turn the other direction. 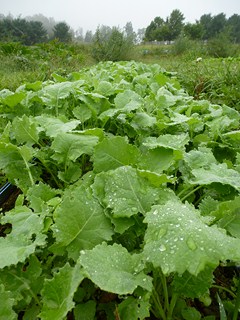 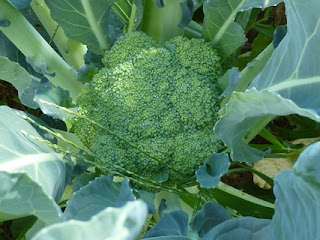 By facing away from the rotting tomatoes and the dying cucumbers, you see kale and turnips growing in a luxurious green carpet.  Beyond them, the fall broccoli plants are just beginning to form small heads inside their sturdy leaves. The same can be said for the cabbage and cauliflower plants.  There are potatoes and sweet potatoes just under the surface of the garden, waiting to be harvested and stored for winter. 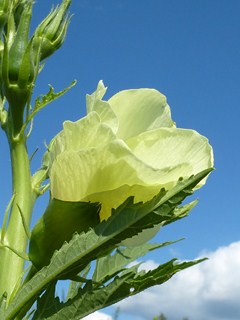 The okra is still going strong and when the yellow flowers open in the late afternoon, it is a beautiful sight. There are younger, healthier plantings of squash, cucumbers and beans that have the potential to keep the supply of those crops going until the frost settles…so, harvest time is long from finished.

Because, this, my friends, seems like it was only yesterday! J
Posted by Barbara at 7:02 AM