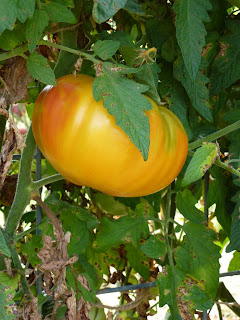 Sometimes, you might think that I have some serious problems...

...or perhaps I am just a REALLY bad housekeeper.

Why would anyone let a beautiful specimen of a tomato like this one... 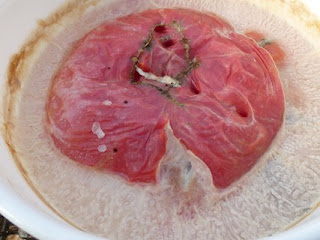 Despite the fact that it looks like this is a science project gone bad…very bad, I really wanted this to happen.  I have a “method to my madness” and next planting season I will be glad for the moldy, smelly tomato glop that was drawing hordes of fruit flies.

There are hundreds of varieties of tomatoes out there.  There are entire seed catalogs devoted to the delicious fruit.  Why create such a hideous mess when I could simply buy another package of seeds for under five bucks?

When the tomato crop is particularly gorgeous, we would like to perpetuate that for years to come.  By growing open-pollinated, heirloom varieties, that is a real possibility.  Hybrids do not always grow true to type, although the saved seeds will indeed grow and produce fruits.  The very definite positive to heirloom, open-pollinated varieties is that they will produce fruits like the parent plants. Although, the seeds I save will produce a slightly different crop than seeds saved elsewhere.  Eventually, the subtle differences make the tomato distinctive to the growing area.  The tomatoes grown here on the hill are unlike any others.  No, not bragging, just noting that the environmental differences do actually affect taste and quality to some degree.
This year the tomatoes were beautiful early in the season. (I’ll tell you about late season blight some other time….eeewwww) We also tried a new variety that we both really liked, so we wanted to have the ability to replicate this crop next growing season.

I used to think that if I squished the seeds out of a tomato, dried them on a paper towel, and peeled them off, I would be good to go.  That worked…sorta.  But, then I had tomato soaked paper-towels lying around, and sometimes I forgot to label them.  Sometimes, they didn’t peel off the paper towel.  A lot of times someone got grossed out over the whole project and I ended up tossing it and buying seeds anyway.

Eventually, I did a little research, learned a little about seed saving and started this new program. 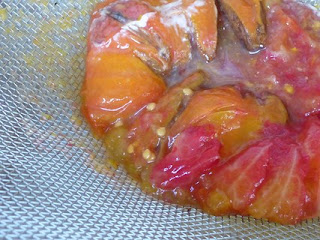 By allowing the tomato to ferment and well, rot a little, the seeds are exposed to some sort of microorganism that aids in their germination the next season.  No, I really don’t understand all the scientific stuff. 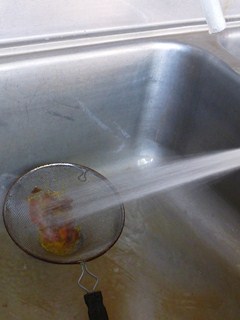 After the tomato reaches a certain point of disgusting-ness, I rinse it thoroughly, washing away what is left of the flesh. 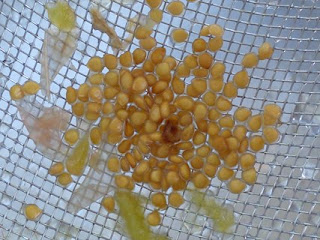 A close inspection of the seeds reveals a little gel around each one. 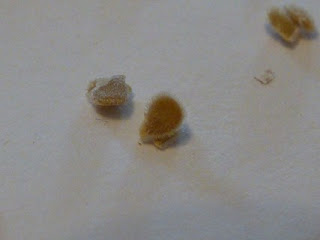 When these dry, they look like they have little velour jackets.  They are quite fuzzy.  That fuzz provides the seed a little edge in germinating and taking root.

We then pop them in seed packets, file them and wait for the cycle to start over again in March. 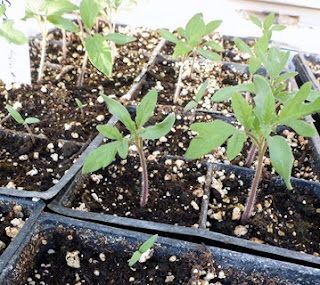