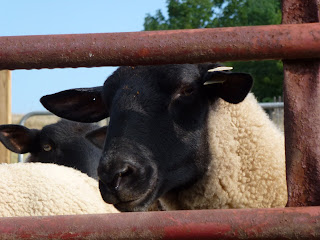 Today was an important day here on the farm.

Today we began working on the lambchop crop of 2012. 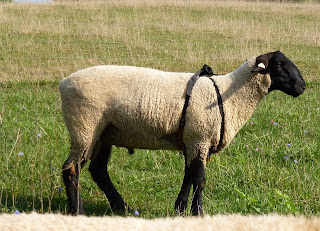 More specifically, WAYLON began working on the lambchop crop of 2012.

The ewes were de-wormed and checked for condition. 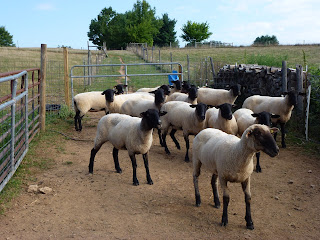 They all look great. Waylon (and his little paddock buddy) were also de-wormed. Waylon was fitted with his breeding harness and we put them all in the same paddock. It was less than exciting, to say the least. Sheep on fresh, green grass are far more interested in food than in “romance” any day! 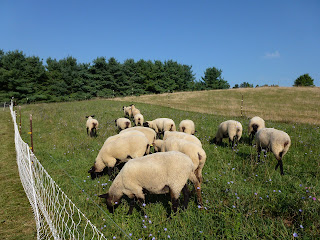 Once the newness of the situation wore off, instinct took over. We were encouraged to see that Waylon was indeed quite intent on his “job”.

A word of explanation here about the breeding harness… 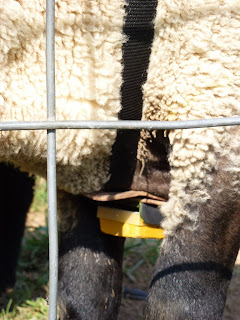 When turning the ram in with the ewes, we put a harness on him that holds a crayon marker over his brisket. This will mark the back of each ewe he mounts in the mating process. The marker enables us to keep track of a number of things. We can predict the date of any potential lambs, and it enables us to check ewe and ram fertility.

If the ewe is marked, I note the date on the calendar. 150 days into the future, we should be seeing lambs…or at least getting quite close. Actual gestation can range from 145 to 153 days. This makes our job on those cold winter nights much easier.

The marker is changed every 2 weeks, using a different color. Since a ewe cycles approximately every 17 days, this will give us a good idea if it did not “take” the first time. When a ewe has marks from different dates, this indicates her fertility is questionable (or possibly the weather was too hot) We generally go three cycles and then pull the ram out of the pen. That way lambing season is a somewhat controlled event.

If for some reason, the ram is not very fertile, we will end up with a bunch of “techni-color” ewes. This happened once….definitely NOT one of our finer moments! But…”we learned a LOT on that one…!”

So far, one marked ewe…. 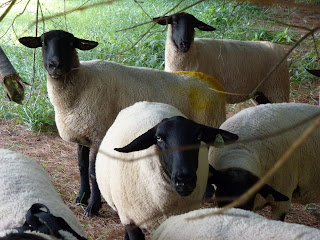 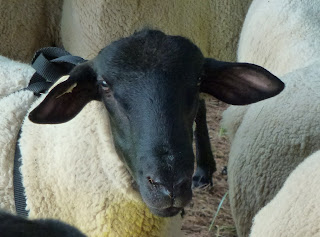 …and one happy ram!