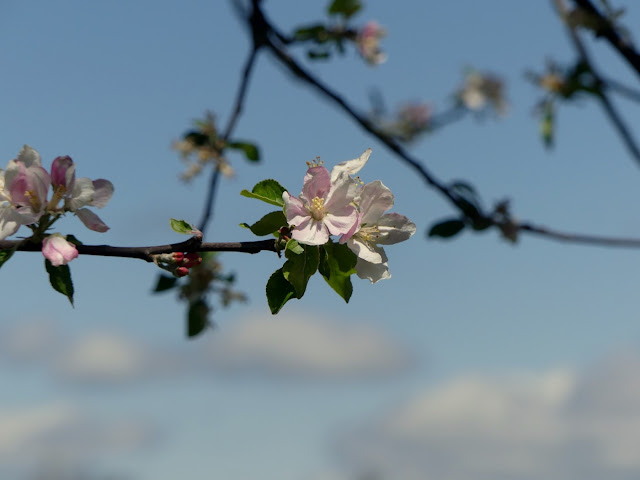 “Where flowers bloom, so does hope”
-Lady Bird Johnson

I suppose that could explain why Spring so often seems to stir in us a new enthusiasm, new life. All the flowers give us hope.

And, I’ll hold onto that…because, let’s face it. This Spring is weird, awful, terrifying, unsettling, “not normal” , unusual…I could go on. But, I think you get the picture.

After what seems like ages of social distancing and “stay-at-home” orders, the days just seem to meld into one another. I completely lost track of time at one point. My daughter told me it was “Blursday”. But, someone else said it was “Blahsday”. So, without the demands of the Farmers’ Market routine, I remain at a loss. I reckon I will pull it together sometime…but, today is not that day.

Fortunately, our life here on the hill doesn’t depend upon our knowledge of the day of the week. Shortly after the sun rises, the animals will be looking for their breakfast, so we head out to tend our charges. And, so it begins.

Since we’ve down-sized everything, chores don’t take long. Most of the hen flock found new homes around the area. (the big cats at the zoo had to go without local chicken this year) There are a few hens left to provide eggs for our use, but they’re not the best-looking bunch. It used to bother me that our chickens always looked so scraggly and ugly. But, knowing that egg production takes a lot of energy helped. A hen’s energy can go into egg production or appearance, I don’t think you can have both consistently. So, since we’re in it for the eggs…our chickens will never be beauty-hens. And, that’s okay.

In the sheep department, things are going along quite well. I almost hesitate to type that, because it seems like every time I think things are good…they’re not. (especially with the sheep) the old saying “the thing sheep do best is die” is never far from a shepherd’s mind. We watched a show last week about an award-winning sheep farm somewhere in England, and the farmer said the same thing repeatedly. But, for now...we're all good.

We finally got the lambs weaned. It seemed especially late this year, but a check of farm history states otherwise. weaning is stressful on all involved, but the shepherds have a special difficulty with the screaming. It.Never.Stops. I think I’ve written about this before. You should read THIS. You could also read THIS. There are more, but I will spare you the noise. This year, everyone got sorted with relative ease and the screaming only lasted for about two days.

Then the screaming stopped fairly precipitously. Almost overnight, it was peaceful and lovely and I was making a concerted effort to be positive and hopeful…

While I was enjoying the quiet, I started working in the hoophouse, when suddenly there was a great commotion at the barn. Lambs were bleating, dogs were barking, I could hear running hooves…

So, I stopped what I was doing and trudged uphill to the barn. (now, it should be noted here that my feet feel like little wooden stumps most days…I try to keep moving, I even purposefully take a walk every day, but, it hurts. A lot) As I got closer to the barn I heard a big crash. It sounded like a truck in Mbrk had dumped a load of metal, or there had been an accident at the post office…I really couldn’t identify the sound.

When I walked in the barn, it was eerily quiet. No lambs in sight.

No dogs. No lambs. Nobody, except a sleepy cat in the hay.

WHERE are the lambs? The sleepy cat had no answers or interest.

Nobody in the barn lot, either.

Then I noticed that the gate was down. (and I do mean DOWN) the grass was all flattened. One fence post looked a little floppy. And, now I heard lambs yelling and ewes yelling. Otis was even yelling.
The dogs started barking.

While my beleaguered mind tried to ascertain the chain of events that ended with the lambs trampling the gate (pulling the staples out of the fencepost, breaking the chain, and loosening the other post) and stampeding back to attempt to get in with their mothers, I dug my phone out of my pocket to call for reinforcements)

The Boss sounded as bewildered as I felt, but he figured out a fix while I hunted up a better pair of boots. With the gate repaired, we headed out for what we thought would be a simple round-up.
We completely forgot the first rule of shepherding and farming (actually, all of life)

---nothing ever goes like you think it will. EVER.

It seemed so easy. Push the lambs back up the alley and shut the newly repaired gate. Easy peasy! I guess I should clarify here that “pushing lambs” doesn’t involve actual physical contact. (that would create a whole new set of problems) Since sheep are prey animals, they have a flight zone and will run away if that zone is encroached on and they feel the least bit threatened. So. By walking behind them, arms outstretched and making some sort of noise, you can move them along. The alley is a fairly long, fairly narrow stretch that runs along the property line from the barn, past the garden area, around the corner at the hoophouse and opens into the back feed corral and grazing paddocks. It is a total distance of maybe 200-ish feet. Not a long way by any measure.

In the past, we’ve just run them back to the barn, no problem.

I don’t know what happened this time. Maybe it was my stumpy little feet. Maybe it was the Boss’ general aggravation at the whole fiasco of the broken gate. Maybe it was the dogs…the lambs… I don’t know. But, they didn't do what they were supposed to do. AT ALL. Every time we would make some headway, somebody would turn around and run away, or jump over the others and they would all flip out. Back and forth, back and forth...everyone was getting frustrated.  When they turned around on the third (fourth) attempt to get them to the barn, I was so tired and sore (not to mention just plain mad) so, I threw the crook at a fencepost in an attempt to vent some of the frustration that was threatening to overcome me. of course, when the crook hit the fencepost, it bounced backwards…and since the Boss was still coming up behind me…well, you know what happened, right? Yep. Caught him right in the crotch.

So, now, we have stumpy-foot shepherd, bent-over-double shepherd and a bunch of lambs that have lost what little minds they had to begin with. Oh…good grief!

Surprisingly, he was willing to attempt it one more time.

This time we got “most” of them to the barnlot. Three managed to escape and were running back and forth, screaming. They wanted in with the moms, but they wanted to be back with their pen-mates.

Oh, my goodness…this could NOT continue.

Fortunately, I was able to push the small group by myself. Once they got near the barnlot, they could see the other lambs and they were convinced they wanted to stay put. He came along behind and shut the gate and all’s well that ends well.

Just because it’s never happened before, doesn’t mean it won’t. -after 20+ years we’re still saying “I ain’t never seen that before!”

Watch out for the unexpected. -I’m still apologizing for that one.

Teamwork and a calm demeanor can get most any job done. ---even if you do have stumpy feet.

But, if farming doesn’t prove Murphy’s Law "Anything that can go wrong will go wrong",
I don’t know what does.

However, in the end, the lambs stayed where they were supposed to. The ewes are happily grazing out back. And, despite Otis’ constant complaints about “social distancing”, the ovine population seems to be thriving. The Boss has recovered and my stumpy little feet are still attached to my legs.

Now, if I could just remember what day it is and what was happening before that fiasco, we’d be good.

Despite the fact that Spring seems very late, or at least slow, this year, we’ve been having amazing success with our new paradigm for the hoophouse. It is quite exciting. And, truly delicious!
This week we got some strawberry plants and the sweet potato slips should be here tomorrow or the next day to round out the experiment. We put the shadecloth on the other day, so we won’t have to worry about soaring temperatures. It’s nice to have a project that works so well from the very beginning. My only concern is reigning in the Boss’ seemingly endless enthusiasm.

I am happy to report that the potatoes are finally coming up. I have probably lost years off my life with all the worrying I have done/continue to do about the potato crop around here. and, I can honestly say that we have always had some kind of crop…it’s been really bad some years, but we have never gone without potatoes. That’s a real good thing…there is a reason why they are considered a staple. And, I love me some ‘taters!

Without the Market and all the issues that surround it, I find I am at a loss for news as well as knowing what day it is. I’m pretty sure that the growing/mowing grass routine doesn’t warrant any sort of reporting. The Boss does have a new fence project, and while fencing is highly important, it’s not the sort of interesting copy anybody wants to read. My lack of progress on my “work-in-progress, or my lack of motivation when it comes to cleaning and/or organization is just depressing.  And personally, I just can’t face any further coverage of the pandemic…I just can’t.

So, here are a few shots from around the farm...and the neighborhood...


I know we will get through this, somehow. But, we “celebrated” yet another social-distanced birthday and it just made me sad. It’s great that the feedstore, the auto parts place and the doctor’s office can all do “curb-side” service (personal experience with all of those), but…I wonder when/if the end will ever come. And, that’s got me freaking out…just a little. (maybe a lot)

On the plus side, I did learn how to do remote deposits on mobile banking, made the Boss’ favorite icecream and got the tomato plants re-potted…so, there is that.

Thank you for coming by to “visit”. 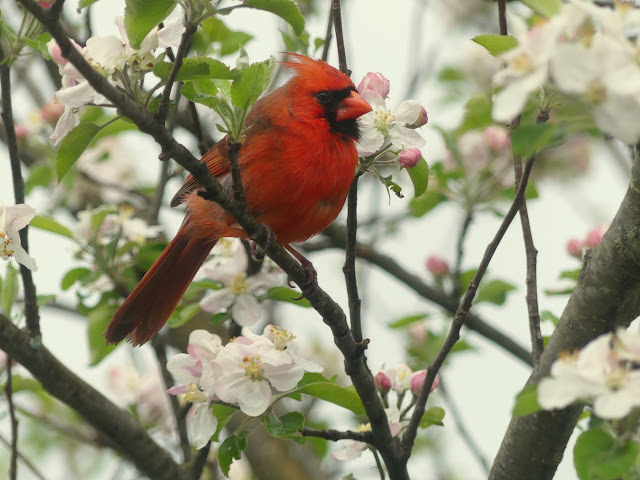 It is my wish for you this week that you can find HOPE. I am determined to keep looking!