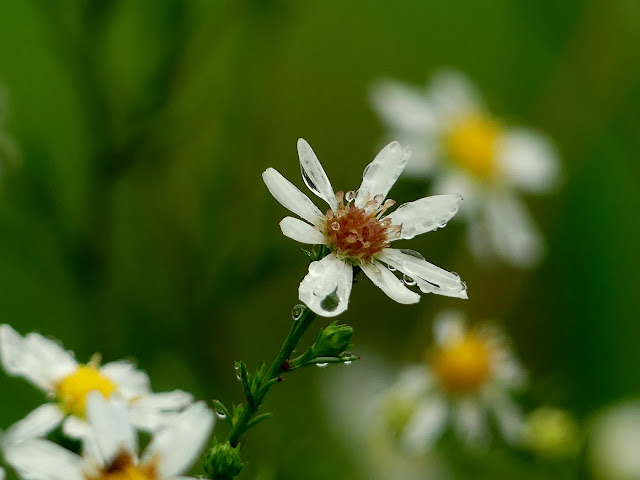 Ever had a feeling that you can’t go on?
Trying to be strong but getting weaker
Carrying the weight of every single day
Having lost your way, feeling defeated
Sat staring, counting spiral patterns on the wall
You wonder if your luck is ever gonna turn around at all
Confused and battered by the motion of the changing tides
You’re nearing empty and you’ve barely got the will to fight
You wonder if you’re gonna life or if you will survive at all…
(“head held high”-kodaline)

I "borrowed" this song from my daughter’s training playlist.

You see, my daughter is a runner.
More specifically, my daughter is a marathon runner. That’s a whole ‘nuther creature. She puts in hundreds of miles, pounding the pavement in all sorts of weather. Her focus is like a laser beam, her determination daunting to others.
But, I’m not really writing this to point out how cool my kid is…I’ve written posts about both my daughters, they’re fairly amazing (and that’s not just the mama talking). Nor am I writing about running, or marathons, or anything like that…because I don’t get any of it. Except maybe the “carb-loading”. Yeah, I’ve been doing that pretty near my whole life. But, running…not so much.
But, as I have said before, I’ve learned a lot from my kids. And, this week was no exception.
She’s in training mode and her focus in on getting across that finish line. (and maybe qualifying for Boston…and, I hope I didn’t just jinx that) It’s an incredibly difficult task she’s set for herself. A marathon is 26.2 miles. Our bodies don’t have any natural desire to run that far (some of our bodies would balk at a far shorter distance) When pushed to extremes, muscles don’t want to cooperate, and sprains and strains are not uncommon. A suspected injury is worrisome to say the least. But, eyes on the prize and all that stuff. So, she pumps herself up with positive vibes, good food, attention to her health and upbeat tunes. 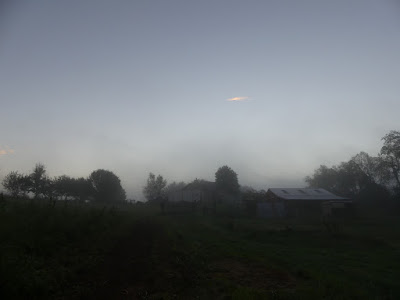 You may wonder where this is all going.

Lately, LIFE has been challenging on all fronts. It truly seems like a marathon.

And, one I haven’t trained for at all.  Except for maybe loadin’ those carbs…
The news has been frightening, frustrating and triggering. And, while I think I would like to ignore the world completely, it keeps calling to my morbid curiosity and I find myself drawn to it time and time again. Only to wonder…HOW can people be so dreadful?
And, then there is the weather…
It has rained for approximately 100million days.

Okay. Not really. I don’t know how many days it really rained. But, I do know that we have received 12 inches of rain this month. 12 inches…one FOOT of rain! And, that is just for September. (other places have gotten far more!) As of September 30, we have noted over 42 inches of precipitation here on the hill. Our area averages approximately 33 inches annually, so you might say it’s a bit soggy. http://www.virginiaplaces.org/climate/

Forget soggy. The ground is sodden, saturated, mucky, and some afternoons, completely fluid. There has been a pond behind the barn for days. And, when it isn’t raining, it’s too wet to do anything outside (wait a minute, I think I wrote those exact words LAST week)
Yes. Yes, I did. Rather than go into a litany of all the things that are troublesome in the garden this year, check out last week's post.
On the upside, this week was all about animal protein successes…and that’s a good thing.

Monday, we took a trip up the interstate to pick up the lamb chops and the freezer is full once more.
Tuesday, despite the continued rain, we got the final batch of broilers processed.

It’s nice to know the chicken freezer(s) are stocked to overflowing and we’re finished with that project until 2019.


Wednesday morning, the Post Office called bright and early. Wait. Did you notice I said BRIGHT and early? Yes. We finally saw the sun again!
With Karma’s super-attentive help, I got the layer chicks tucked into the brooder. 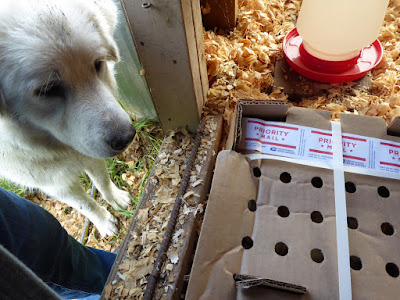 It always amazes me that in 5 short months, these tiny beings will be producing eggs. Eggs that are larger than the chicks themselves are right now! 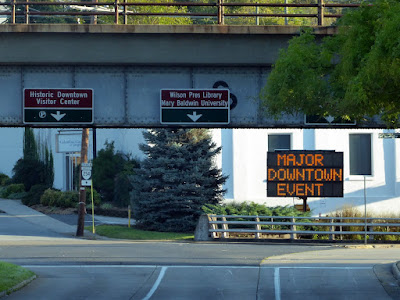 On my way to town, I noticed the signage posted for Staunton’s weekend-long festival. I realize that the fact that I am not at all in favor of this event makes me somewhat of a spoil-sport, a party pooper, and just maybe a curmudgeon. But, closing the downtown area cannot possibly be in the best interest of everyone, or for that matter, the majority. However, there’s nothing I can do about it. 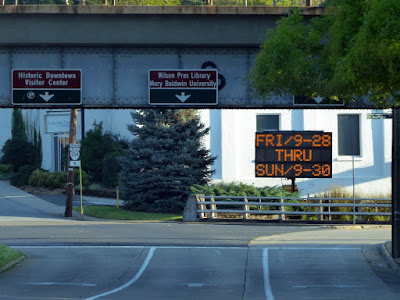 I will note that it hurt the Market terribly. Many vendors stayed away rather than face the traffic issues, the lack of customers and very uncertain earnings. Customers were cut off from parking anywhere close to the Market and many decided to go elsewhere for their produce and farm products. Personally, while it was not quite as dismal as I had anticipated, we made approximately 1/3 of what we generally make on Saturday. And, that’s it. That’s our only opportunity for sales for the week. That is another harsh blow in an already difficult season.

But, that is not my complaint. Bad days happen.
What frustrated me was the lack of consideration for the Market from a) the City and b) the event organizers. The City didn’t discuss any of this with the Market until after plans were made. The organizers did nothing to involve or include the Market. And, the parking lot that was supposed to be full of magical crafts and a food village during Market hours…sat empty. Completely empty for the duration. With all traffic cut off, Staunton was like a ghost-town until 10am when the first of the festival-goers started trickling through. And, since the Market was not included on the map, most folks didn’t even notice it on their way elsewhere. It is more than a little frustrating, hurtful, aggravating (you name it) to realize that the Farmers’ Market and its long history with the City doesn’t really count for much (if anything) in the big picture.
Since 2006, the Market has brought in over 5 million dollars. On a single morning a week. With little or no involvement from the City. And, not only does the City benefit from this (in tax revenues), so do the other downtown merchants. It seems that would be worthy of some sort of consideration. And, sadly, it is not.
But. 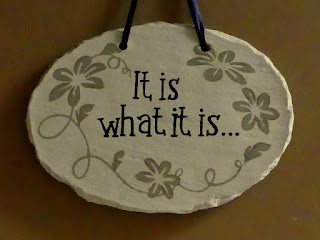 Nothing I can do or say will ever change any of it.

So, like my marathon-running daughter, we will focus on positive vibes, good food, attention to our health and upbeat tunes as we test our endurance to finish out the season. Thanks, Blondie, for the tunes and inspiration!

And, a big THANK YOU to our customers who did come out to show their support despite the challenges of the day. Y’all are the best! 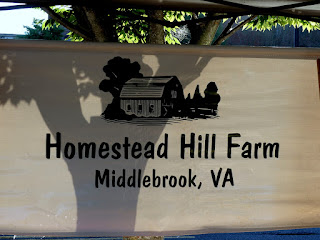 It’s a beautiful day out there... 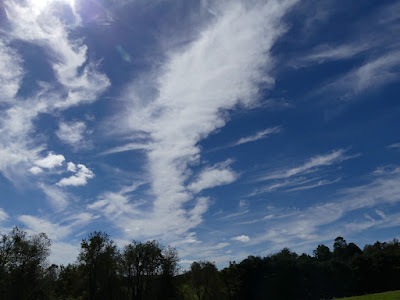 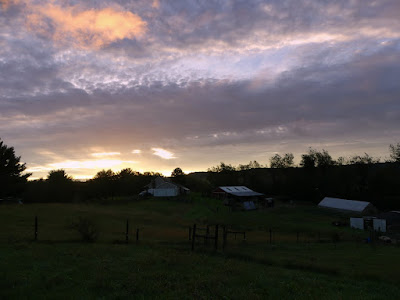 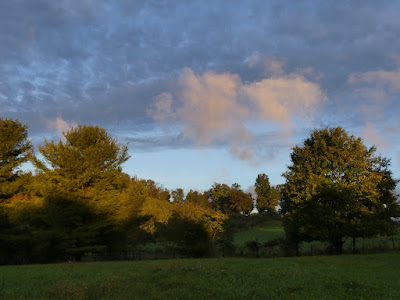 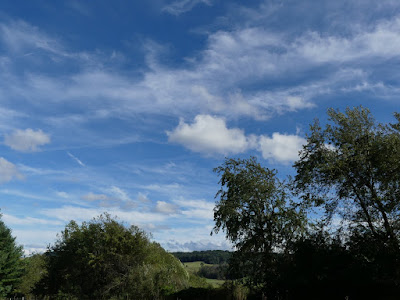 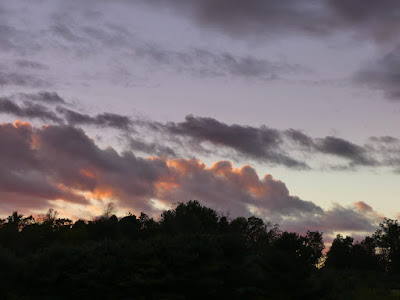 Hope y’all have a Happy Sunday!
Thanks for stopping by.  Come back and “visit” again soon!

Kodaline might just be my new favorite band. I know I love this song.