Harvest...this week was all about harvest.

While the word harvest may conjure thoughts of big, specialized equipment and large work crews, that is not the case on an operation of our size and scale. Most of our harvest is simply the two of us picking, picking, picking by hand. More often than not, I do the picking and the Boss does the processing for sale. It’s all about teamwork.

If you recall, last Sunday I wrote that I thought the green beans were calling us. That was no exaggeration. In fact, it was more like they were screaming. Closer investigation showed that they were at the peak of perfection. To leave them any longer would have meant that big, bean-y beans that nobody would want. So, we picked. And picked. And, yes, picked some more. We ended up with over FIFTY pounds of green beans.
(and the knowledge that in a few days there would be more)

That took about two hours. Bent over. In the hot sun. So much for a restful Sunday afternoon.

Our trek to the bean patch took us right past the broccoli. And, of course the broccoli needed picking as well. But, picking broccoli in the heat of the afternoon doesn’t work too well since it gets all "wilt-y" and limp in the bright sunshine. We try to do the broccoli harvest while the dew is still on the plants in order to have the best quality for the Market.

Job one for Monday would be the broccoli harvest before I headed to town. We’re getting to the end of the early brassica planting and the Boss wants to bush-hog that garden soon so we can get the fall potatoes in the ground, so time was of the essence. It shouldn’t take long...

Two hours and over 100 pounds of broccoli later, I was ready to wring my clothes out and head to town. (one problem with working in the dewy garden, you get soaked to the skin) In the end, I opted for dry clothes and clean boots.

I ran into one of my favorite little buddies in town, so we had a fun time together while his mom did some speedy shopping of her own.

By the time I got back, the Boss had the garden beds ready for planting the next batch of cucumber plants.
With those in the ground, I headed out the check the zucchini while he focused on washing eggs and cutting grass.

The cooler was already starting to get full...and it was only Monday!

Tuesday was a holiday.

And, that meant absolutely nothing to the work here on the hill.

I must say, the Fourth of July certainly comes at a bad time for farm celebration. We’re generally up to our elbows/necks in picking something. And, the animals are definitely NOT fans of the loud noises as our neighbors celebrate. It is the one day of the year that both Gus and Ellie refuse to stay outside. (they nearly knocked me over trying to get in the shop to cower under the workbench until the fireworks were over)

Personally, I am not a big fireworks fan, either. (too much noise and smoke) But, these super-processed photos I took of dill weed turned out looking like pretty fireworks. And, no noise! 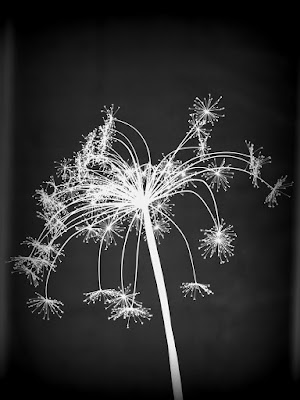 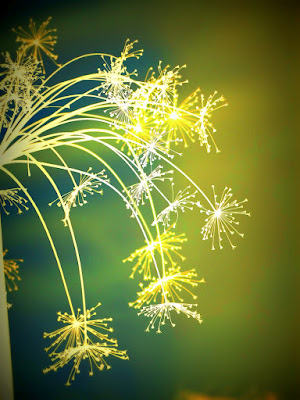 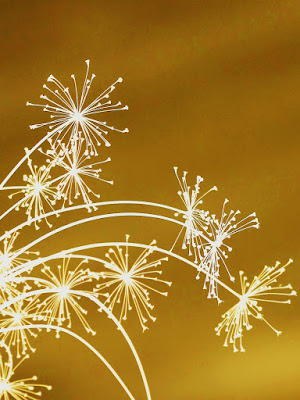 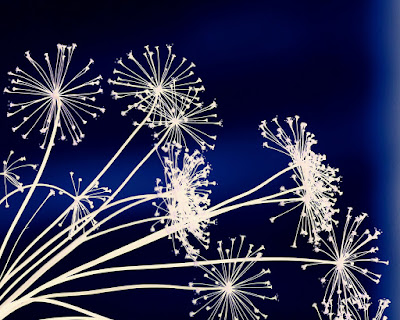 But, as time moves relentlessly forward, the calendar tells us that it’s time to get the potatoes out of cold storage for late season planting.

By re-purposing this unit, we were able to expand our cold storage potential for far less than the cost of a brand-new walk-in. It just took a little creative thinking. (just another example of the Boss’ brilliance) We use the reefer for big harvests and long-term storage.

After the potatoes were moved into the shop to acclimate prior to planting, and before the cabbages moved in, it seemed an opportune time to clean the whole unit. There is a lot of dirt involved in farming, and it all seems to end up where we don’t want it. I wiped down the shelves and then shop-vacuumed the floor. Now, we were ready for cabbages!

Since the cabbages were wet (we got just enough rain while we were harvesting to make things slightly soggy), we left them sitting in rows on the shelves to dry a bit so they wouldn’t rot in storage. We don’t want them to dry too long or they would dehydrate. (and I don't think there's much call for dehydrated cabbage. At least not locally) Later we would go back and put them in large plastic bags to retain their freshness until it is time for the Boss to process them for Market.

I know that some folks think that in order to grow things for Market you just plop the seeds in the ground, wait for something to pop back out and then head to Market where it magically sells itself and you make a whole lot of money.

There is an art to growing for Market and actually selling the things you grew. (another post for another time)  So, we spend a lot of time preparing crops for sale. The cabbages and broccoli need to be trimmed up, the cukes and zukes cleaned and sorted, and the greens must be rinsed and bagged. Then, we put everything in cold storage to keep it nice until Market morning.

However, that cleaning and preparation pays off in the long run and we sell a lot of vegetables! Those that don’t make the perfect grade for sale feed us and allow us to contribute to the noon lunch program at the church. ( THIS  local program provides a hot meal for those in need) Vegetable trimmings and any spoiled produce go to the hens, so nothing gets wasted around here!


Maybe it was all the harvesting...but the week simply sped by. We did get a few other things done. We ended up picking green beans again. (another 50+ pounds) We made a trip to the dump. We got another succession of broccoli planted. I thinned and seeded any misses in the fall crop that is growing in the greenhouse.
The Boss got the hoophouse ready for the next crop of spinach/lettuce and arugula. I froze the jugs that we use for processing, because broiler week is looming once more. The electo-net arrived. And, just in time. Something was eating the corn!

So, the Boss did a little “wabbit” hunting as well. (bambi and thumper were cute in the movies, but they can NOT be allowed to devastate the garden)

We worked the lambs, moved the sheep and did all the regular, everyday chores. And, just like that...it was Saturday.

Saturday dawned clear and somewhat cooler, although quite dry. (honestly, we are doing some serious praying for rain at this point) Great Market weather! We did not see the crowds from last week, and the Market didn’t set any records, but all in all, it was a good day.

...and, that’s about it for our week. Although, in keeping with our harvest theme of the week, we will be heading out to the bean patch again this afternoon. (and I’m pretty sure I better check the zucchini, too!)

…and, at some point, we need to can the beans left over from the Market, freeze some broccoli and do something with the zucchini (and two potatoes) still sitting on the kitchen table…

Looking back over old posts, I realized that we should be noting an anniversary of sorts. Last year we found a little kitten in the hen yard. Today, she’s the queen of the house and probably the nicest cat we have ever had. So glad Remy found us! (this post includes the story of Remy's arrival )

Thanks for stopping by. Come back and “visit” us again real soon!