I really thought I could do it.

I thought I could tell you about the week on the hill without any difficulties. I was going to show you the green beans we canned last week. I would tell you that we were successful in hauling the lambs up the Valley to the processor’s. And, how we got the potatoes planted despite the fact that the excessive heat caused some of them to rot before we got them in the ground.

(believe me, rotten potatoes are truly disgusting)
I was going to tell you that we finally got RAIN! Okay, we got hail, too…but, I was going to be positive.

Despite the inch of rain, we did not have to delay planting the potatoes. You can't even tell there was an inch of rain less than 24 hours earlier.

I was going to tell you that it looks like I may have finally gotten the two little lambs on the road to recovery and growth. Then there was a great Market day
…and the Boss got to meet a couple of his long-time cyber-friends in person. (that’s always cool) 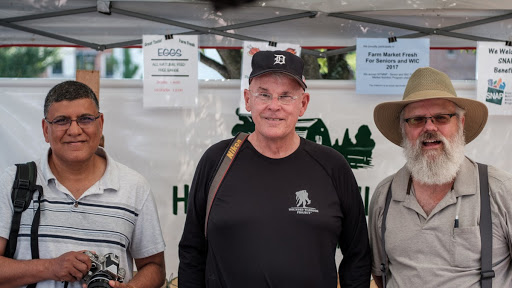 It was great to meet Sammy and Ken. (And Robin, who missed being in the photo)

When I realized that I just couldn’t write about the week without confronting a loss that took me by surprise with its intensity, I almost didn’t write at all. I closed the computer and walked away, emotions churning.

Loss is part and parcel of farm life. For that matter, it’s just part of life.

Surely it couldn’t be that hard to get beyond this.

But, I honestly didn’t expect to get knocked down by the loss of a dog.

An old farm dog that we knew had limited time on this earth anyway. 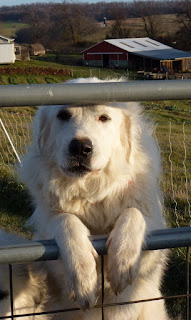 But, when I returned from the Market and realized that she would never greet me at the gate again...I wouldn’t get to giggle at her clamoring out from under the porch to nose my hand and force me to pet her…when I encountered one of life’s more aggravating/hurtful experiences (again) and knew that going to the barn to cry or cuss wouldn’t grant me any comfort since my furry companion wouldn’t be there, that’s when it hit me.

She was really gone.

Maybe it seems silly to cry over a dog. An old farm dog. Maybe you think a “real farmer” wouldn’t care. (I can assure you that is NOT the case) But, for years now I had come to count on her steady presence.

She was part of our life…almost a part of the landscape. Everything seems weird and out of sorts and just plain sad. Even Gus and the barn kitties seem to notice her absence.

Ellie Mae joined the farm team in December of 2009, and I think we formed a bond that very first night.

We had locked her in the barn to acclimate. When I went down in the middle of the night to let her out to relieve herself, she was nowhere to be found.

I panicked. She didn’t know her name, she was in unfamiliar surroundings, it was dark and I figured my chances of finding her were slim at best.

I whisper-screamed her name, hoping against hope…

Wraith-like, she appeared from the darkness, nosing my palm to make me pet the top of her head.

After that, she followed me everywhere. 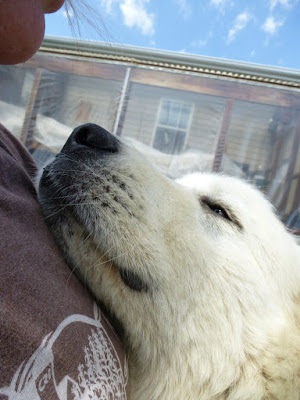 She seemed to sense when she was needed…although sometimes her own “neediness” and her propensity to eat flower pots was aggravating.   She eventually outgrew the flower-pot eating and I finally taught her that barn cats were not evil. However, to her dying day the whole “nose in the palm” was a thing. (a somewhat annoying thing) 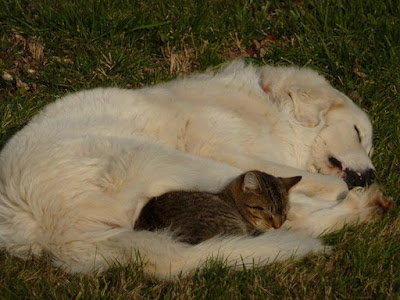 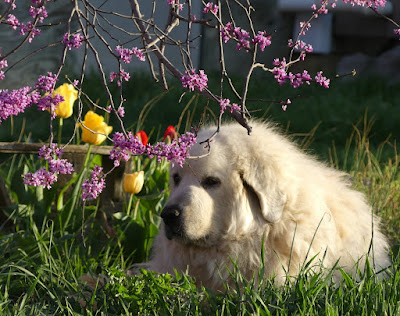 She kept vigilant watch over the farm and did her fair share to rid the place of ‘possums, groundhogs and rabbits. She took on a skunk more than once and attempted to do battle with raccoons. Nothing came up the lane without her sounding an alert. She worried over the littlest lambs and had the whole guardian thing down-pat. During lambing season, she would appear out of the darkness and accompany me to the barn, staying nearby the entire time I was outside.

When Life’s trials got a little much and I headed to the barn for some solitude and a good cry, she would sit next to me, her head in my lap, allowing the hot tears to fall into her woolly fur. And, she seemed to know to give me space when the frustrations required flinging buckets and epithets, but she would return to nuzzle without judgement or recrimination when I regained some sense of calm.

But, like I said, we knew her days were numbered. The giant breeds only live so long. And, she developed some health issues that couldn’t be corrected. The vet told us back in December that it was probably “a matter of time”. Our instructions were to keep her comfortable. Most days she seemed fine, cavorting with Gus and keeping the farm under her watchful eye. It was easy to forget there was any issue. 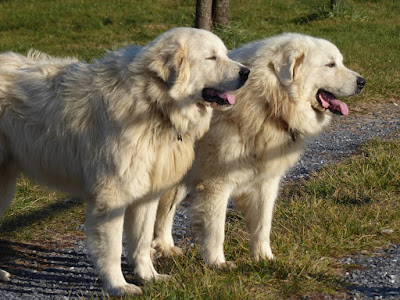 Wednesday, it became clear that the end was near. And, by Thursday she was gone.

There are far too many things demanding my attention to be side-lined by sadness…particularly over a dog. 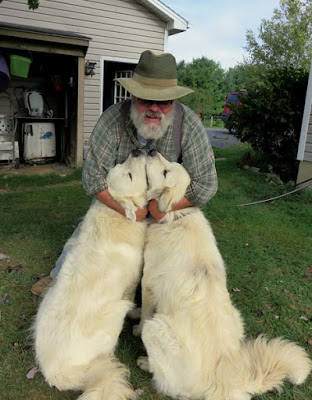 I really don’t know how to end this one…

So, I will just leave it here. 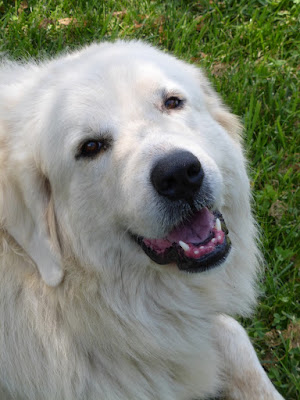 I hope I haven’t bummed you out.

Next week…next week I hope to be able to give you an upbeat post about a lot of successes here on the hill. (heck, one positive thing would be good…)

I truly hope you have a Happy Sunday! 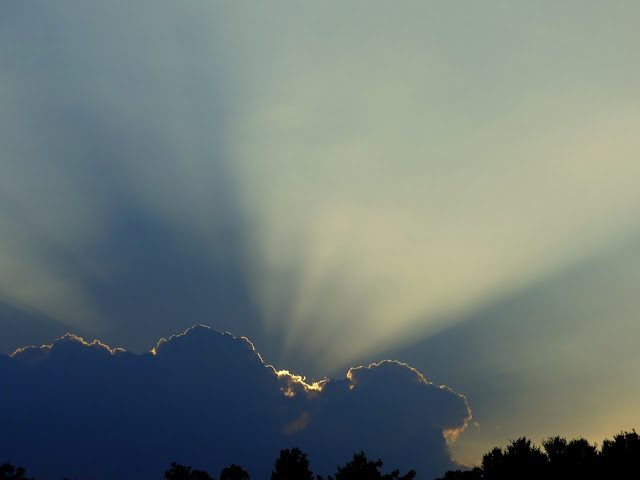 Thanks for stopping by. Come “visit” again real soon.

Here’s a link so you can make a “virtual visit” to the Staunton Farmers’ Market.