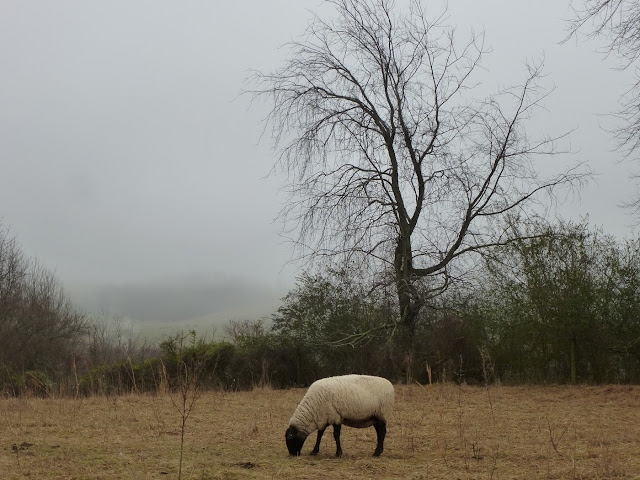 I’m glad to report that we have had a truly productive week!

To be able to say this in January, following the coldest temperatures of the season, is a real accomplishment.


The week started out cold. And, I do mean COLD. After weeks of unseasonably warm temperatures that spoke more of April or May than December and January, to wake to 10* was a complete shock to the senses. We even got a little "lake-effect" snow.

The cold weather does more than shock our senses. It sends the plants in the hoophouses into survival mode. The plants freeze solid overnight and thaw slowly as the sun warms the space inside the tunnel. Covering everything with frost-blanket (very heavy row cover) helps to retain some of the ground heat, but doesn’t do much to change the environment. It just aids the plants in survival. Enough freezing and thawing and the plants eventually succumb. Between the lack of light and the incredibly low temperatures, there wasn’t a whole lot of growth going on this week.  That did have an adverse effect on sales…but, it also gave us time for other things.

We took advantage of the cold weather and got a number of pressing “indoor” jobs completed. Job #1 was cleaning and packing the “vet box” in preparation for lambing season. Did you read this one?

While I did that, the Boss worked on organizing the Annual Farmers’ Market meeting. The Annual Meeting is the one time that all the vendors get together in preparation for the upcoming season. Any potential vendors come to learn more about the Market and past vendors attend to reserve their spots. After years and years of organizing this meeting, he’s gotten quite efficient...and it only required one trip to Staples to make copies. With that out of the way, he will start booking musical acts, making sure that the website is up to date, and answering all those odd and random questions people have about the Market. I’m pretty sure that most of the customers and many of the vendors have absolutely no idea how much time is spent in the “off-season” working to assure a successful Market season.

For my part, getting ready for Market season means orders….lots and lots of orders. The big seed order was looming over my head. But first, I needed to sort through and organize the seed inventory…and the seed cabinet was a mess! With that completed, and some idea of what we had in stock, I could start my ordering.

The seed orders took the better part of a day. Not because we order SO much seed, but we need to plan for succession plantings of many crops and involves a great deal of planning (and counting backwards) to compute starting dates and amounts. Now, we will wait for those tiny boxes (with great potential) to arrive in the mail. I must say, I'm getting eager to get things going once more.

Not only do we need to order seeds, broiler chicks have to be ordered in advance as well. Before I walked out the door for chores on Monday morning, I had spent $750.00 on chicks alone. Depending on your point of view, this either sounds like a WHOLE lot of money to spend on the potential of fried chicken...or a very SMALL investment with great earning potential. If past earnings are any indication, it is definitely the latter.

We increased our numbers slightly this year, because demand has been incredible.  It seems like everybody loves chicken! The first batch of chicks will arrive in February, and we will have the first broilers ready for Market mid to late April.

Among the other accomplishments this week, I am incredibly happy to report that we CAUGHT THE MOUSE in the greenhouse. You have no idea what a big deal this little mouse actually is.  I calculated that we lost at least $150.00. Yes, just one mouse did all that damage in a single night. Despite the victory, and the successful re-seeding, the mousetraps in the greenhouse will remain fully baited.

We also saw some success in the battle with the rats in the barn…but, that’s a story for another time.

Thankfully, the weather moderated at mid-week, becoming more seasonable, changing in what seemed like an instant. The following sunrise sequence took just under twenty minutes. 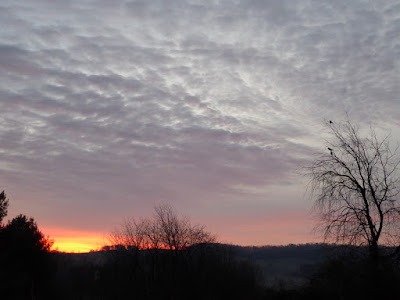 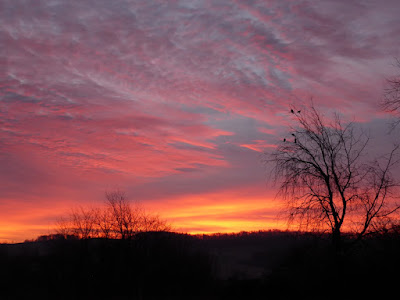 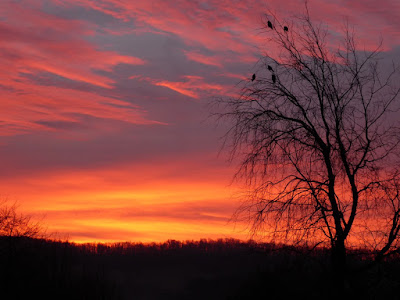 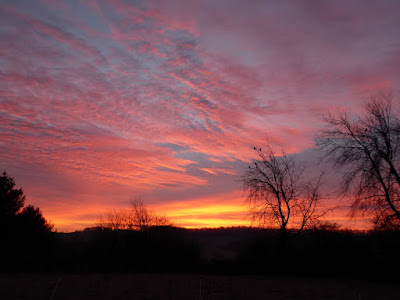 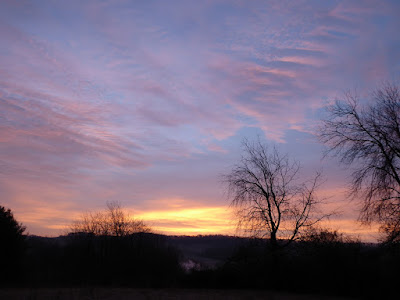 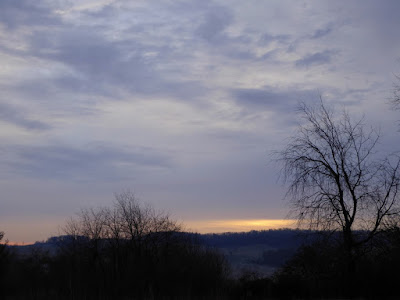 We are increasingly concerned about the long-term effects of this unusual winter. All those lovely apple blossoms from Christmas-time froze solid. I’m wondering what sort of winter-kill we will experience, as the sap required for leaf and blossom production really shouldn’t be running this time of year. And, while the garlic crop looks amazingly green and hearty, we are worried about it as well. The growth looks more like April than January…and the cold weather is forecasted to make a return…  So, it’s a matter of wait-and-see until later in the season.

While the cold weather did indeed impact our winter sales, we still had a great week as our loyal customers came out to get chicken, lamb, eggs…along with the other things we had to offer this week. When I send out our weekly email, it is with some measure of trepidation. However, our customers have never let us down!

And, then it was finally time to start “lamb watch 2016” in earnest. While this year’s breeding season was fraught with anxiety and uncertainty, it was indeed successful…and the time is at hand.

All the lambs should be born within the next three weeks. (Except for ewe 192 “Doris”…and I don’t know what’s up with her…she may lamb in March…) Three weeks is a little longer span than some years, but considering the fact that at one point we (okay, I) didn’t think we would have any lambs…it is definitely a workable situation.

Since we know which ewe is due to lamb and when, any “check-ups” are far simpler. When they get close to their date, I am sure to check several times a day, starting in the morning shortly after five when I first get up and with a final check right before bedtime. (if things look imminent, I will do a check about 2am as well)

The first ewe due to lamb was one of the older girls who has lambed successfully numerous times in the past. I was kind of expecting a single from her, since she’s rather old and she didn’t look as enormous as she has in the past. I checked at her at choretime and guessed that we would be seeing lambs the next day sometime.

Imagine my surprise to find twin ewe lambs already up and looking for a meal when I went to do my last check of the evening!

That was more than a little unexpected and totally anti-climactic. And, I might add, just the way we like it. There is a great sense of accomplishment when we spend hours successfully birthing out lambs. But, human intervention means that there is some sort of emergency situation. And, often those have far-reaching complications. So…give me anticlimactic any day!

And, that was our truly productive, somewhat anticlimactic week.

Today’s weather is WET  (it rained all night and it’s still raining) and with expected WIND (gusts up to 30 mph are predicted). Honestly, it doesn’t sound too pleasant. So, another day of inside work (we need to inventory and order sales supplies)...with a few trips to the barn...the twins need to get tagged so the new family will re-join the flock…and the Boss needs to build a couple of jugs in anticipation of this week’s new arrivals…

Thanks for stopping by!  Come "visit" again real soon.