That Time I Gave Up on "Agvocacy"

A guy walks into the Market and says,

“so…what can you tell me about that chicken?”

No, this is not the beginning of a joke.

It’s just a regular occurrence at the Farmers’ Market.

Folks shop the Market because they want a connection with the farmer.  They value the ability to question the producer directly.  That’s part of what makes Saturday mornings special and it’s also what makes us aware of the issues in the world of food production and keeps us “on our game” when it comes to communication.  The conversations are often fun, witty, intriguing and educational.

However, this time was different.  Before I could draw a good breath to start my little explanation, this potential customer starts spouting off about HIS knowledge.  For the next few minutes I was bombarded by some random guy’s opinion of…well, everything.  He didn’t pause long enough for me to interject.  And, I don’t think he would have noticed if I did.

Maybe some stronger "Agvocate" (agriculture + advocate = "agvocate") would have taken him on.

Maybe I failed the cause of Agriculture somehow. His “information” was more mis-information than anything and while my mind grew weary as he droned on and on, I made a conscious effort not to correct him.

He stated hormone use in poultry happened EVERYWHERE. I know that it is ILLEGAL.

He said that MSG is in EVERYTHING and we don’t know it.  I know that the FDA requires that it be listed on the label.

He told me that Organic food was “better for everyone and used no pesticides”.  I know that ORGANIC allows numerous pesticides and while using the label requires oversight and certification, there is NO quantitative proof that it is “better”.

And, honestly, I thought my head was going to explode when he said that even though “organic food might not taste as good, but, if you were to switch to an organic diet for 30 days, your body would undergo a change on a molecular level and you would enjoy better health.”

What the…WHAT does that even mean? What could I have said at that point that would have made any difference whatsoever?

Thankfully, someone else walked up at that moment and required my attention.  The know-it-all walked away calling “BE WELL” over his shoulder.

Whew! (I sure hope I don't sound like that when I get on my soapbox about one of my issues!)

I am beginning to think that FOOD has become a new religion.  Maybe a new god. That might sound crazy, but hear me out.

I grew up in the church.  The fundamental, evangelical church.  We were taught it was our duty to share our faith with everyone else.  To save the poor lost sinners. We had visitation nights, handed out tracts to strangers and invited countless folks to revival meetings. When I went off to college, I first went to a Bible College and we were required to share our faith with others.  You had to participate in some sort of ministry work.  I visited Juvenile Hall, roamed college campuses and talked to strangers at the airport.   These “poor folks” needed saving and I was giving it my best shot.

Until one day it hit me.

All this talking never changed anything.

Oh, I had some interesting encounters. (although some were potentially dangerous) It gave the students something to talk about when we were back on campus.  And, I had a couple of “heathen” friends with whom I regularly enjoyed lively debates. But, honestly, it did nothing for anyone else and only served to make me feel a little bit superior to others. Without the power of the Almighty, I would never change anyone else’s mind or convict them in any way so that they might someday change, no matter how clever my argument. While my faith remained steadfast and intact, I had handed out my last tract.


Food choice/production is not unlike religion.

Everyone has an opinion. (or a conviction) Everyone wants to voice that opinion. And, everyone thinks he/she is right. …and by default everyone else is wrong. Like-minded groups gather together and rally the troops to take on the opposition. Sometimes it is an all-out battle, a war of words, if you will.

There are two distinct sides and each feels some sense of superiority and righteousness.  Those in organic circles bash the conventional “heathens” and then the “fact-based” Ag writers dismiss other groups for their “pseudo-science”.  The organic bunch is saving the planet.  The conventional farmers are feeding the world.  A balanced conversation is hard to have.

Maybe my grandparent’s generation was right not to talk about those contentious subjects…religion, money, politics and sex. Since food is becoming contentious as well, it should be added to this list. These conversations generally only lead to raised voices and strained relations. Throw in a little internet anonymity and snark and things get ugly in short order. Name calling and foul language follow and then the so-called discussion dissolves into a pedantic on-line yelling match not unlike elementary school playground fights.

Oddly, we’re stuck in the middle of the two warring factions. (gaining acceptance and support from neither)  As small producers, many conventional practices do not work for us. Programs and marketing options are unavailable. However, we allowed our organic certification to lapse because that would limit our animal husbandry options and dramatically increase our input expenses with no real nutritive benefits. We direct-market because that is what works for our minute operation and our customer-friends appreciate that we make choices with their concerns in mind. I’ve spent countless hours learning about various farming practices.  I could tell anyone a thing or two about Ag, but I won’t…because it’s not up to me to change anyone’s mind.

In all good conscience, I just can’t call myself an “agvocate” anymore. For quite some time, I was willing to devote my energies to promoting Agriculture and working hard to correct the mis-information out there. However, I am weary and worn out with the anger and meanness that is part and parcel of the so-called discussion.

And, you know what?

It really didn’t matter what I said or how many people I said it to. It didn’t make one lick of difference. To anybody. And, it just gave me a headache and worry lines. All the talking and debating is making absolutely no real difference.

I honestly don’t care how many wrong comments are out there.  While it is truly annoying to see stupidly erroneous memes show up in my Facebook feed time after time, it is not my personal responsibility to correct them. Nobody cares! Fighting an endless battle with an unseen (possibly nonexistent) enemy and internet trolls takes too much time from my very real work. I will never be able to change anyone’s mind no matter how many facts I present or how hard I may try.

While I plan on continuing to write about this life I love and the opinions I hold dear…I won’t be devoting myself to promoting Ag anymore. Because, it saps my strength and focus for what I need to do to keep our operation running smoothly. There’s not a whole lot of love and encouragement out there, either. (no matter which camp) That is truly disheartening.

And, quite honestly, I don’t think it matters what I say, or how skillfully I say it.  I will never change anyone’s mind without the force of some higher power. The vast majority of people just want to eat and aren’t interested in arguing anyway.

We are all missing the point of conversation if we focus solely on debate and argument. There is little true fellowship and far too many verbal boxing matches going on today.  We need to remember that few people are convicted to change their ways by having someone else point out their wrongdoing and failures repeatedly.

Personally, the Boss and I live in a beautiful place, make our living in a pleasant, productive way and get positive feedback on a regular basis.  We love what we do and are knowledgeable and engaging on the subject. Our products speak for themselves. That makes a compelling case for the farming lifestyle and gives a great deal of credibility to our farming practices without unkind words and mean-spirited outbursts.

I am completely done with all the online wrangling and the endless debates, or looking to make "converts" out of anybody. It just makes me tired and grumpy and takes away from the very real work I need to do. 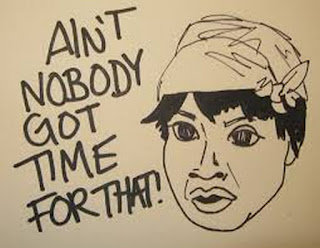