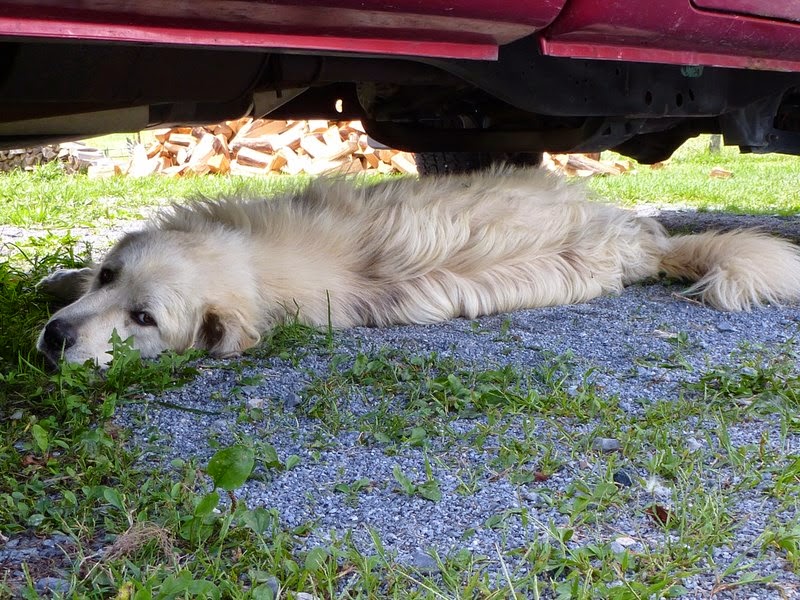 Uh oh!  Looks like someone is in the proverbial doghouse again.

Gus has an insatiable appetite for black plastic.  And, although it had been a while since his last offense, we knew the possibility was still there.   Surely you read  this one. Apparently, the overwhelming urge to chew something is simply more than he can possibly resist. I have been assured that he will indeed grow out of this...our other guardian dogs did...but, not until they were about two years old. 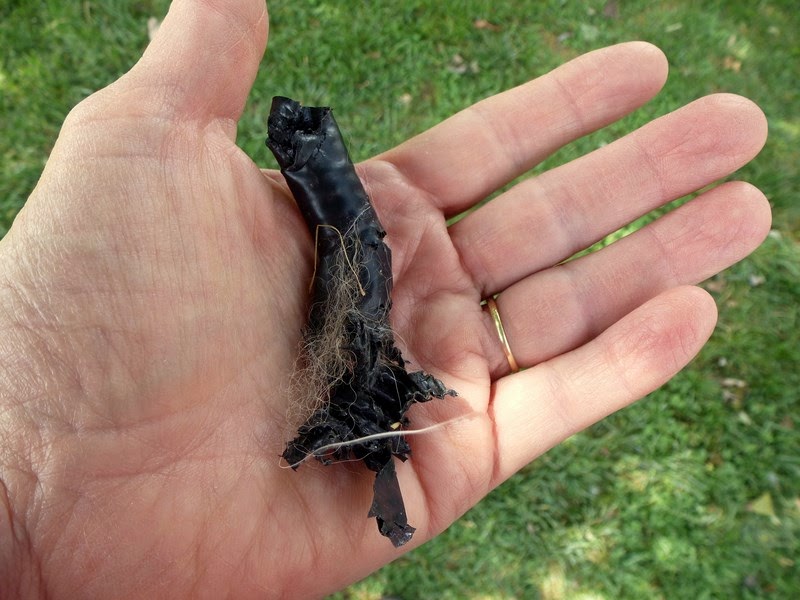 When the Boss left for Saturday’s Market, I noticed something amiss.  He noticed, too, as he pulled through the farm gate.

This is a problem.  While there is little to no traffic on Mbrook Road at 5am on a Saturday morning, no lights IS a ticket-worthy offense. And even though any arresting officer might chuckle to himself, I am certain he wouldn’t appreciate the excuse “my dog ate my trailer lights”!

But, no ticket…for which Gus should heave a great big sigh of relief. 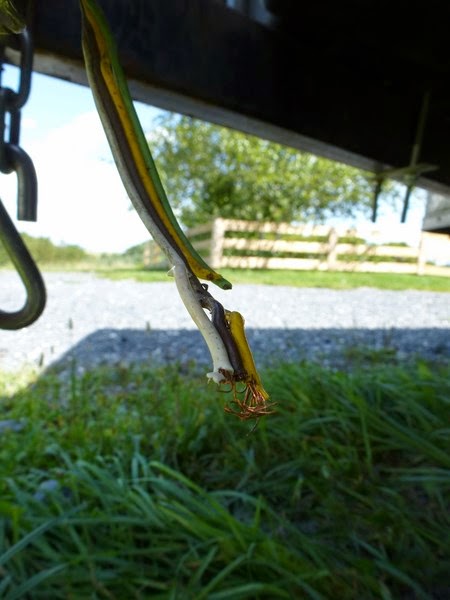 However, the wires were badly chewed…in several places.  The Boss had used the last of the “little repair doolies” with the last episode.


So, I was dispatched to pick up some parts while I was in town.  This was one of those instances that I am glad I’ve become fairly adept at identifying auto parts.  This particular item could have made for a slightly awkward conversation with the auto parts dude, I’m sure, since the term "little repair doolies" was obviously my own invention. 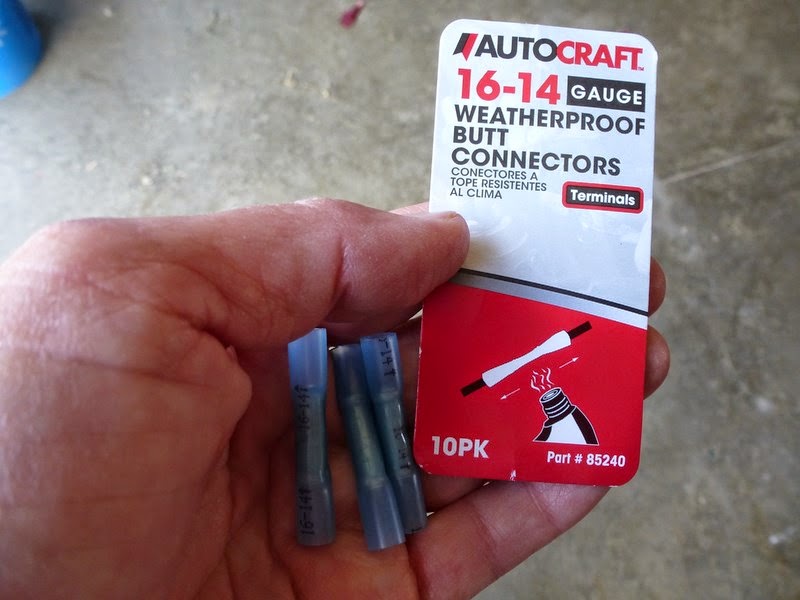 As the  Boss crawled under the trailer, threatening Gus’ life and muttering some choice words, it was oddly amusing to hear Joe Cocker’s “Civilized Man” come blasting through my earbuds as I headed out to the garden. 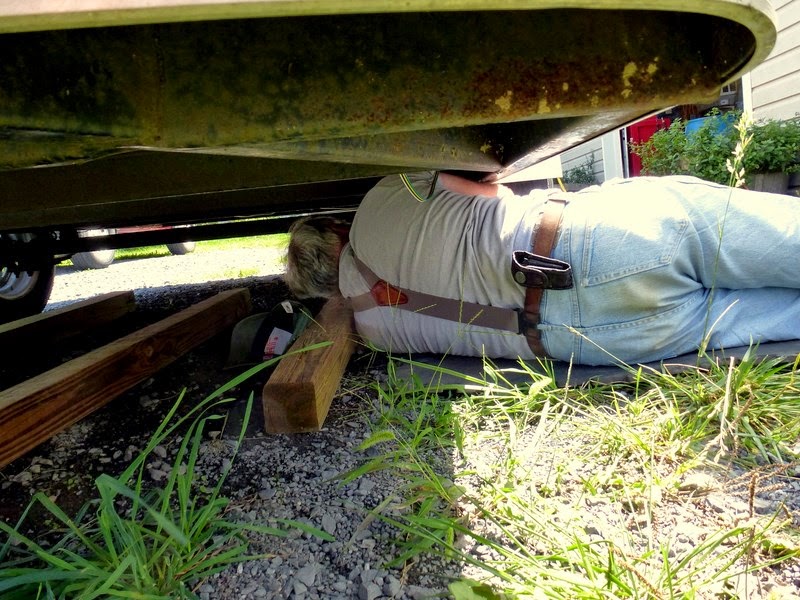 Gus doesn’t realize how lucky he is! He should be giving thanks once more. The Boss is generally a calm…civilized...man and not prone to violence.  So, while he grumbles, Gus’ life isn’t in any sort of jeopardy. (I, on the other hand, tend to throw things and holler…)
Now you ask me to forget all you’ve brought me to

Personally, I am thankful the Boss is a “civilized man”, too.  Dealing with the doggie aftermath would fall to me and that wouldn’t be pleasant, I’m sure.

Now, the trailer wiring has been fixed, and hopefully “Gus-proofed”.  I am also very thankful the Boss is so incredibly handy at repair work!

…and I suggest that the Boss embrace his “inner Joe Cocker” and start singing!