The Faith of February 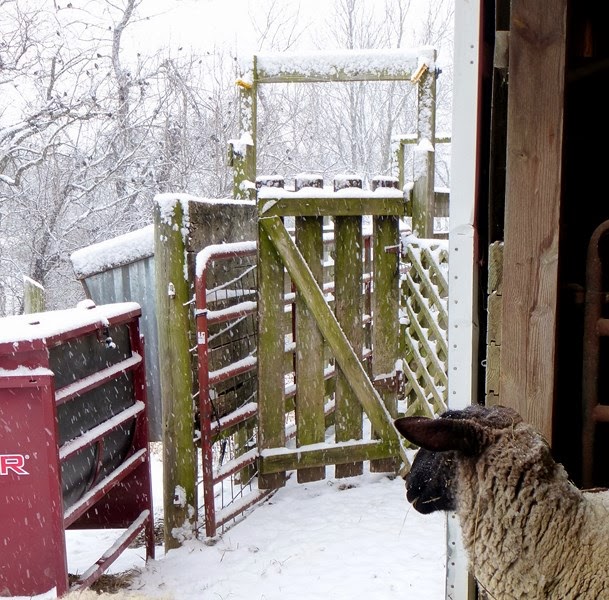 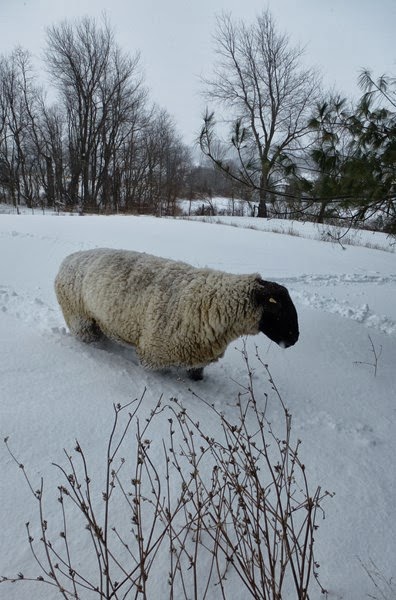 We’re far enough out from the holiday season that any leftover “good cheer” has dried up and withered.  The days are cold and dark.  The nights are colder and darker.  The thrill of lambing season has passed and the barn is full of grumpy, complaining sheep who have no idea WHY there is no green grass to eat or WHY they are stuck in the barnlot day after day.

The lambs are big enough to be a nuisance to the ewes and everyone has developed a bad case of cabin fever. Or would that be barn fever? 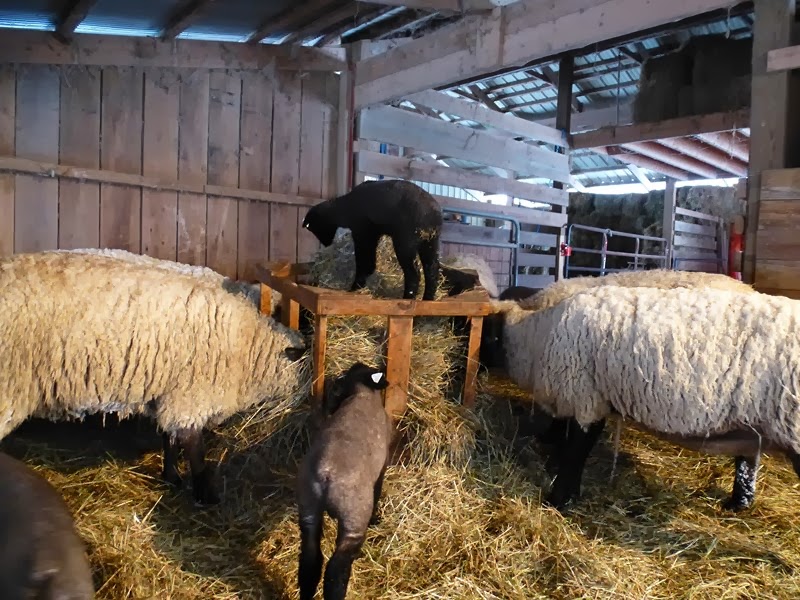 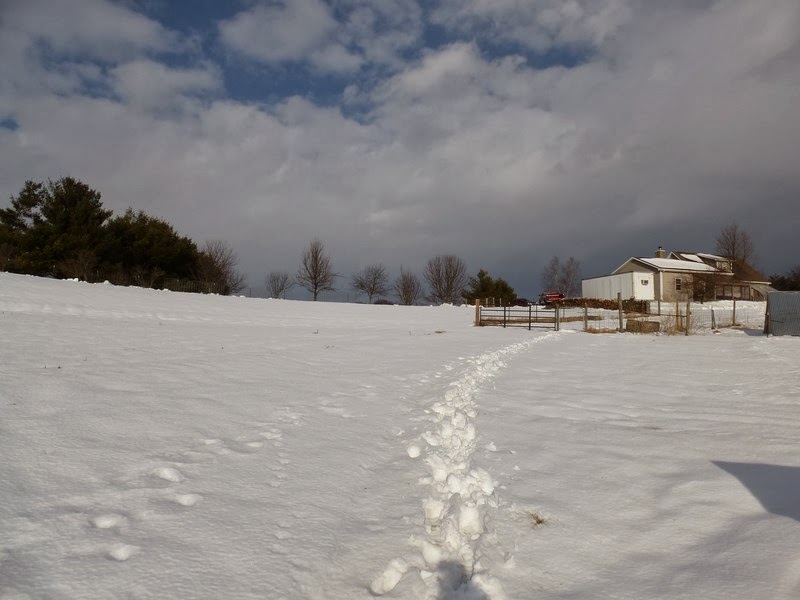 The snow has melted and frozen again and all the paths and footprints are treacherously icy.

When the ice melts, we will be talking about MUD and flooding.

…we won’t even discuss how the hens hate winter weather.  As they stand perched on one little bare chicken foot (drawing the other up into the relative warmth of their feathers) and huddle against the cold and wind, it is easy to see their misery.  …and the dark keeps egg production to a minimum, too. 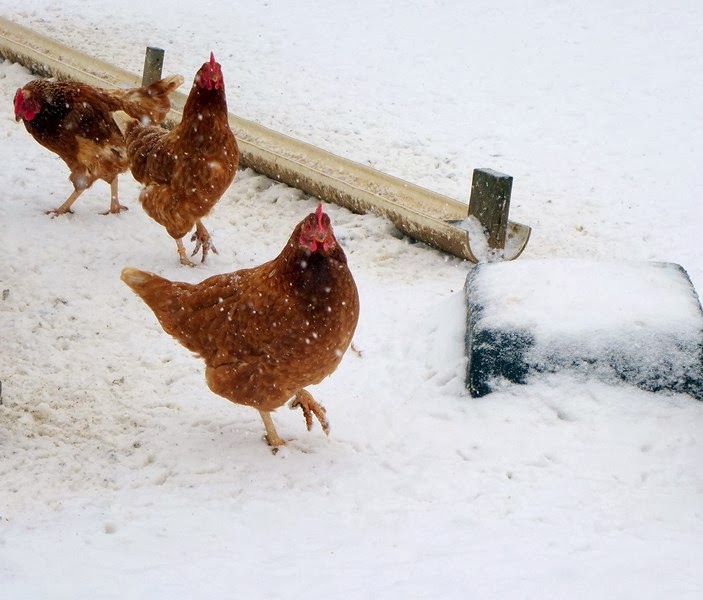 It’s far too early to be thinking about summer crops.  There is still at least a foot of frozen-ness covering all of the gardens. 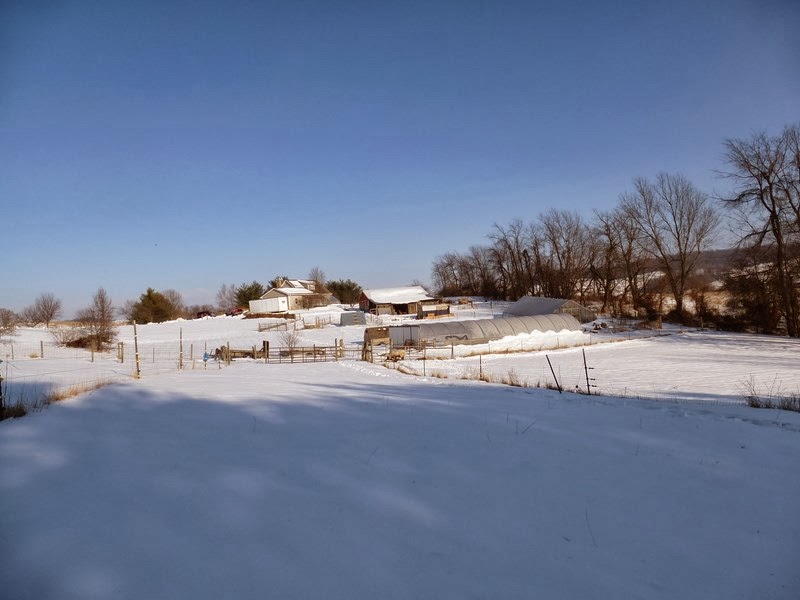 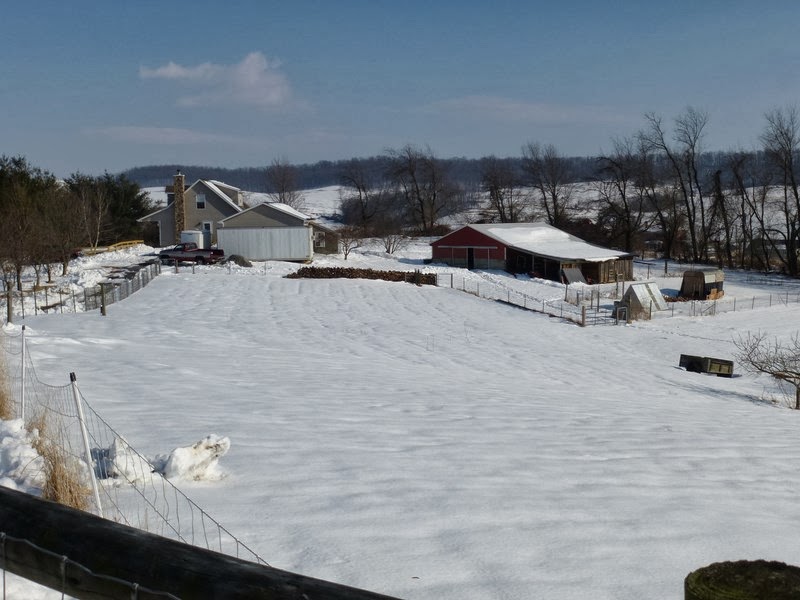 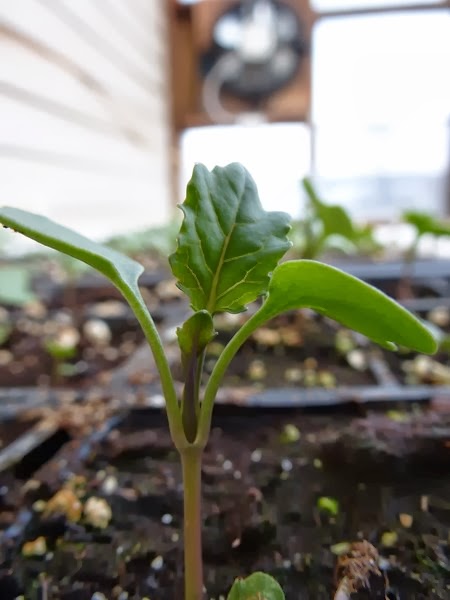 The inventory in the freezers is dwindling rapidly.  But, the farm store won’t get chicks until at least next week.  …and that’s a good thing.  The pen for our pasture-raised chickens is currently buried in a snowdrift. It will be at least two months before we can begin to re-stock the chicken freezer and even longer until the first lambchop of 2014 is ready.

…and speaking of dwindling.  The haypile in the barn is shrinking, too.  Those grumpy, complaining sheep are doing a lot of eating!  We need to get over to the hay guy’s for another load…but, we need the perfect combo of clear weather and clear ground before we haul a hay wagon.  That hasn’t been our reality for some time now.

Ordinarily, in the dark days of February, I take solace in the hoophouses.  The sheltered environment makes it possible to work the damp earth and care for growing plants regardless of the temperatures outside.  This season the brutally cold temperatures have kept me from this activity as well. Most days the plants and the earth inside the houses have remained frozen, keeping us from work…and the pleasure that comes from it.
Presently, the hoophouses are fairly depressing…and somewhat odoriferous.  Despite what I wrote about lettuce freezing, some other crops (like the Chinese cabbage) don’t handle the cold well at all.  As these crops die a slow and painful death, they begin to reek. It’s difficult, if not impossible to get the frozen, stinking plants out of the ground…so we’re left with a messy, depressing spot with the distinct odor of kimchi. ugh

No…February is not my favorite month.  …and it does seem SO long.

It really is a test of faith just to get through it.

But, we’re just six weeks (YIKES!) from Opening Day of Market season.  That means that despite the cold and gloom and stinky hoophouse…it’s time to get geared up (if only mentally) for the days of growing and selling that lie ahead.

That means that we have to look beyond the ice and mess (and seriously…forget about the smell). There are a lot of things to do to get ready for the season.

Warmer days are coming. The ice will melt and we will soon see the fresh, green shoots of new life everywhere.  We will get the hoophouses back into full production. The chicks will arrive.  It will be time to plant potatoes and onions once more…

…look on the bright side…

Things could be worse... 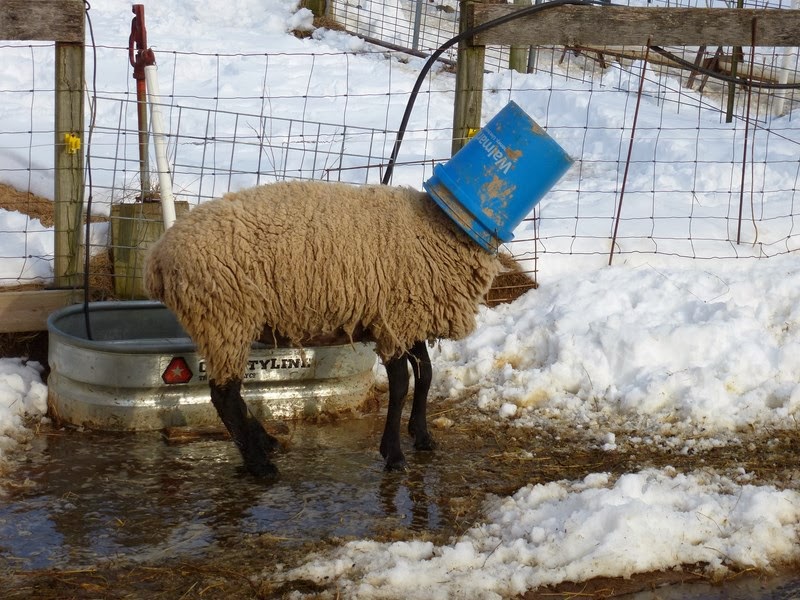 YOU could have a bucket stuck on YOUR head!

February...it will build your faith!

(or at least...make you laugh)