110 years ago today, a blue-eyed baby made her first appearance somewhere in Chicago.  As the tenth of thirteen children, no one would have expected this tiny Miss to be one of the family leaders…but, then this was the world's first introduction to my grandmother.

Her quiet determination became a thing of legend. When she learned to walk, she encouraged her older brother, Percy, in his endeavors to finally become ambulatory.  Percy had been stricken with Infantile Paralysis (polio) as an infant and didn’t actually walk until he was four.  The entire family credited little Pearle with his success.

In future years, they would look to her for aid and comfort in time of crisis. One phonecall and she was packing her bags, looking up the train or bus schedule and on her way to help the family.  She would sit with the sick and/or grieving, hold the newborn babies or just make coffee so they could sit and talk things out.  Any relative, no matter how distant, had a place to stay if they were in town. If it needed doing…she found a way to get it done.

When the hard times of the 1920’s hit the family, she packed her bags, left the family home in Atlanta, boarded the train and headed for Washington, DC. There she secured a job that would provide income to send back to the home folks in the South. This smart, hard-working little girl from the South became a career woman when few women were in the workplace.

At some point, she met a big, handsome, gregarious farm-boy with a flair for the dramatic and flamboyant.  While he seemed a most unlikely match the small, demure, detail oriented perfectionist…they managed to make the combination of opposites work for well over 50 years.  Since she worked full-time, had a child AND kept the books for my grandfather’s upholstery business all that time, this is just another example of her quiet determination. 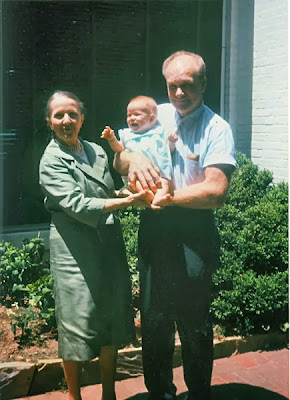 When I arrived on the scene as the first grandchild and only granddaughter, I was received with great joy.  The fact that I inherited red hair from the farm-boy (turned successful city business-man by now), endeared me to her even more.


She and I were kindred spirits from the start.  She was my “Danny” and I was her “Dolly”. I would like to say I could do no wrong in her eyes…but, I remember being corrected (ever so gently) more than once. 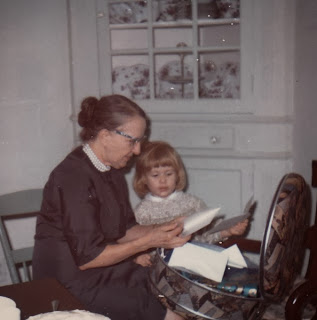 She loved books and storytelling and encouraged me in all my academic endeavors.  Once, she discovered a book bin at the local department store where everything was a quarter.  She must have needed a wagon to haul all those books back home! We were both in booklover's heaven.  With the patience that only a grandmother can possess, she would read aloud for hours, allow me to comb her waist length hair, and let me call her “Mildred” when I felt it necessary to conduct make-believe school during summer vacation.

A week at my grandparent’s home in the city was like a trip to another world for this little country bumpkin.  Even her mundane, daily tasks seemed exotic. We took buses and taxis, shopped in department stores and ate in restaurants…but, only after the housekeeping had been done and any errands for Granddaddy’s business had been completed. She was nothing if not disciplined.

Once when I was quite small I was attempting to do something she thought was a too much for my size.  “Dolly, are you sure you can do that?”  “Oh, I tan do it, Danny!” (and I did)  She told this story to her sisters and friends repeatedly.  In later years, she would remind me that I said it…instilling in me that same determination that had served her well over the years. She would hold my hands and tell me they were CAPABLE.  That sounded exciting and opened the door to all sorts of possibilities.

Just as she was there for the kinfolks back home in Georgia, she was always there for me.  School activities, birthday parties and summer vacation…there she was.  When I thought my high school heart was forever broken, she patted my hand in quiet comfort. When I arrived at college, found myself surrounded by strangers and totally out of my element, she listened to me on the phone for hours. When I married the Boss, she was the first through the receiving line, beaming with outstretched arms. 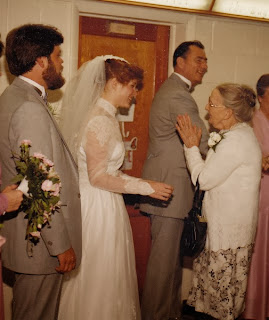 When I showed our new baby off to the family for the first time, she was there again…beaming and admiring. 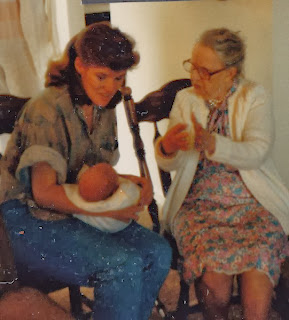 When it became obvious that dementia and failing health were going to seriously limit our time together, I packed the baby in the car, stopped at the store for my grandmother’s favorite cookies and icecream and went for a visit.  At first, the visit was difficult.  She didn’t remember liking the cookies or the icecream had nuts.  But, the fog lifted momentarily and she called me “Dolly” once again. 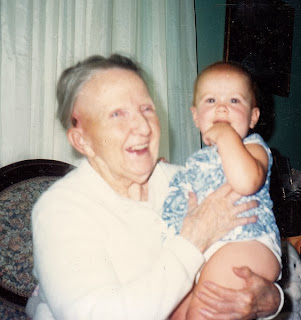 And, that baby…”that’s such a nice baby!” She was thrilled to be offered the chance to hold that nice baby.

My grandmother has been gone for a long, long time now.  But, today, on her birthday, I find myself thinking of her and feeling ever so grateful for her example of work and devotion and her unfailing love and support.

I’m pretty sure that her influence made me who I am today, due in no small part to her quiet determination.

For this Thursday I am very thankful for my #1 fan… 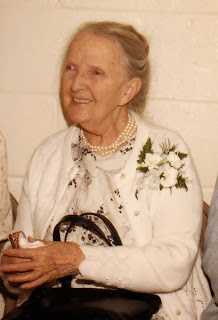