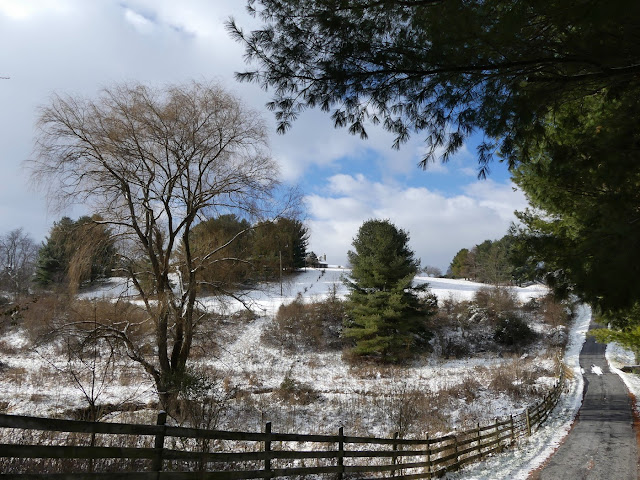 You meet up with a friend somewhere along life’s way. After a greeting, they ask the fateful question.

They’re waiting, head slightly cocked, with an encouraging look on their face, as you try to come up with something, anything that may have happened to you since you last met.

The silence gets awkward.

After casting about in your mind for what seems like an eternity, you smile ruefully and say the only thing that comes to mind. The one thing you can say with absolute certainty.

…and that my friends, is exactly what happened with this post.

I have been scrounging around the deepest recesses of my brain for something, anything, of interest that happened around here this week.

…and it’s pretty much “the same old, same old…”

It’s the time of year when we’re up tidying up and restoring order, thinking ahead to next season.

End-of-the-year data entry looms large. The daily battle with the elements begins to include frozen precipitation, or the preparation for it. So, our weather watches become even more frequent. The seed catalogs start to pile up, awaiting our big planning session. But, there is not much actual work going on. The productive days of the harvest season seem a distant memory.

The animals aren’t doing much, either. Except registering their complaints constantly. The ewes are hungry…or bored…so they eat. And, eat. They are getting more rotund with every passing day as they await the arrival of the lambchop crop of 2018. And, I think the hens’ feet are cold.


The only one who seems to enjoy the weather is Gus. He finds the cold air invigorating and the breezes bring unfamiliar and interesting scents. 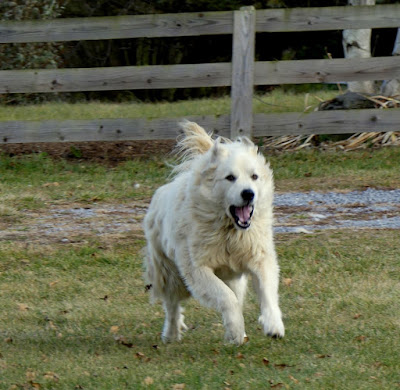 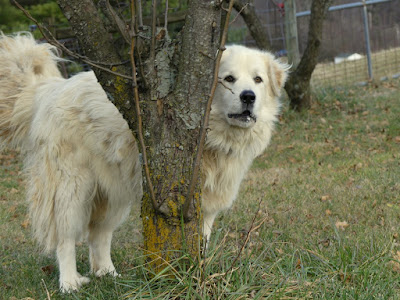 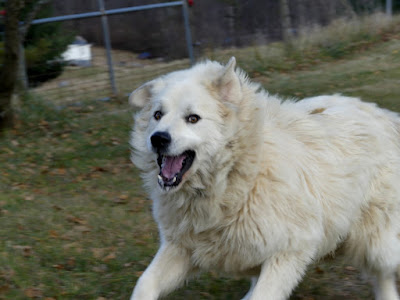 It’s cold and windy and there just isn’t much to report as we approach the beginning of Winter.

Last Saturday’s snow is a just a memory. Although traces of it remain in the shadiest spots. Several snow squalls have blown through during the week, but they didn’t amount to anything. There have been too many grey, dismal days that make it hard to concentrate.

But, those dark days just serve to make us appreciate the brilliant blue skies and the amazing sunsets. Not to mention the sunrises.

Don’t think I am complaining about the down-time. It’s nice to have things move at a slower pace, to change up our routine and get things in order. And, it’s fun to visit with the grand-boys. This week I got to stretch my imagination with one, go on a shopping adventure with another and receive countless smiles and snuggles from the youngest.

But, other than that… 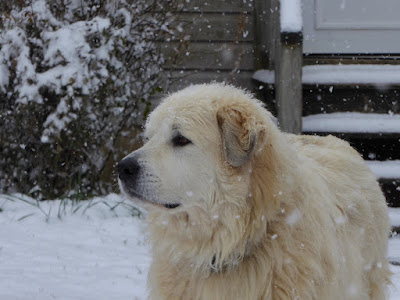 Now, if Gus had written this post, it would have been much more interesting and action-packed. He would inform you that he worked incredibly hard in the past week. He protected us from countless intruders. (most of which will never be identified…or verified, for that matter)

Monday was an especially trying day.

He spent the entire day patrolling and barking. And barking some more. The humans told him to hush countless times.

But, the threat was real, people.

A tree-trimming crew spent the entire day cleaning up the neighbor’s driveway in anticipation of winter weather. Chainsaws were whining away as the wood-chipper whirred loudly.  In our defense, we (the humans) couldn’t see them until they came up over the hill in the early afternoon.

With them gone, he could relax for a while…

But, then sometime after dark, two enormous boxes appeared at the top of the drive. Their arrival was heralded with furious barking. And, occasionally, their presence would catch him unaware and he would bark some more.

It was a long night.

In the morning, the Boss went to retrieve the gigantic boxes…which proved to be the new supply of egg cartons. On top was a gift for Gus.

The Fed Ex delivery-woman is doing her best to make friends with Gus. (but, he’s having none of it…cookies or no) When she stopped by the next evening, the barking/cookie scenario played out once more, even though I was present to act as liaison.

After all that activity, Gus still had energy run races with Tess, the cat. At least I think they’re racing, he knows he is not supposed to chase cats. Although, she seems to go along with his shenanigans, I am fairly certain she has some sort of complaint.

His night-time patrols are especially active this time of year as the deer move through looking for forage. Daytime naps are interrupted by marauding squirrels, those pesky crows and odd smells wafting through on the breeze.

And, it’s a sad state of affairs when the dog had a more interesting week than I did!

But, I’m afraid that’s it from here.

As I’ve said before, NO news really is GOOD news. It means everything is running smoothly. Good stories generally include some sort of disaster or mis-management. So, boring is better. (at least that’s what I’m telling myself)