Well, this week has certainly been one for the record books.

Everyone is talking about the weather. The high temperatures all along the East Coast are the top story in the news. There have been reports of flooding and tumultuous weather and Alabama saw a tornado on Christmas day.

Here on the hill it has just been wet. Wet. WET.

It has rained every single day. It’s also been very warm and incredibly gloomy. I am not exaggerating when I say that there is algae growing on more than a few flat surfaces. I’m pretty sure we saw the sun for just 6 ½ minutes in total this week. On second thought, it may have actually been less. Ugh!

We missed the full Christmas moon, (last observed in 1977), as it was obliterated by clouds and dense fog. Maybe we will see it in another 19 years. I truly hope we see the sun before that!

While the grass is greener than we have ever seen it in late December, the mud is incredibly deep (not to mention slippery) and the creek is still running quite high.

To say I’m tired of the gloom and muck is a sad understatement. I have to wonder how Mrs. Noah managed being stuck in the ark with all the animals during forty days and nights of rain…there is absolutely no doubt, I would have lost my mind!

Despite the wet weather…and a lot of talk about missing winter all together (I still say, just wait…)

…there were still things to do around here.

The Boss got the hens into the lower garden to do clean-up for a while. They have all the spent brassica plants to eat and plenty of soft soil to scratch through. This will keep the egg yolks bright and nutritious and hopefully cut down on the insect pressure later in the season. And, if it is possible for hens to be happy…they certainly have every reason to be.

The ewes are still out on grass.

This seems like great news (last year we were feeding hay before Thanksgiving), but, it occurred to me last night that with the entire barn FULL of hay…we don’t have any room for jugs. (Jugs are those little pens we build for lambing season) Guess it’s a good thing that lambing season is going to run a little late this year…maybe we can make more room by then!

We did rearrange things so that the ewes are now in their winter quarters. They are confined to the paddock beside the house (where we stockpiled grass) and the barn….and they began eating some hay today. The winter paddock still has a great deal of grass growing in it, so the ewes are happily munching fresh, green grass in late December. This change will give the pasture out front a rest and keep the ewes where we can observe them easily as we get closer to the first delivery date.

Between the weather and the holiday, it’s been a slow week here on the hill. Personally, I am looking forward to getting back into our regular routine. At this point, I have no idea what day of the week it is. And, quite honestly, I am bored….and I desperately need to do something (anything) outside! 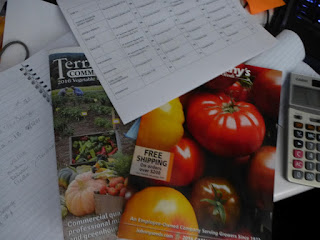 We did get the gardens planned and plotted for 2016. I have marked my calendar with start dates and I began cleaning one of the greenhouses.  The Boss has to do some repair work in the other greenhouse before I get serious about starting transplants. So, a trip to Lowe’s is in the works for the first of the week. And, I need to inventory our seeds before placing the big seed order for the upcoming season.

It won’t be long before we’re up and running for 2016. The first lambs are due in about 10 days and I hope to start some lettuce and kale by the middle of next week. My boredom won’t last long!

Last week I was more than a little bit bummed, concerned, and maybe even distraught about recent events in our little corner of the world. The vitriolic rhetoric spewing forth from the screen every time I turned on the computer was indicative of the anger and animosity that had infected our community (and beyond) and it was more than a little disheartening.

However…this week, I want to share a story with you that while it didn’t affect me directly, nor does it have anything to do with agriculture, it does indeed tell you something about this amazing place. It also greatly restored my faith in my fellow humans.

Over in Draft, where our eldest daughter and her family live, there is a sense of community the likes of which is not seen elsewhere.  When there is a need…there is always someone ready to step up and fill it. We have firsthand knowledge of the kindness of those in that community…

Stuarts Draft will always hold a special place in my heart, even though I can’t claim it as home. We owe a lot to this place, because without the amazingly committed and talented folks of SDRS, chances are that our daughter would not have survived that awful night in April ’10… a fact I think about every time I drive past the rescue squad building…and nearly every time I hold my grandson…

Back in September, Meredith (a fourth grade girl from Draft), was very sick. She was diagnosed with a rare type of cancer, requiring lots of costly care and a lengthy hospital stay. In true community fashion, the folks of the town have supported her and her family in countless ways. It has been truly touching.

But, she desperately wanted to be home for the holidays.

Finally, her health improved enough so that the wish could actually come true.

And, then the Draft community stepped up to make the fulfillment of the wish even more special. Fire and rescue escorted her back over the mountain. It looked like a parade. People stood by the road and waved and held up signs of encouragement. In some cases they stood there for hours, hoping to somehow encourage this brave little girl in the fight for her life.

She and her family were given gifts and "Santa" was there to greet them. The community involvement was overwhelming. So many people gave of their time on Christmas Eve…when they could have been out shopping or making preparations for their own families, they were standing by waving, encouraging, giving of themselves…because “no one fights alone”.


I have never seen such a shining example of “love your neighbor” as I saw from those folks of Stuarts Draft. It was truly awe-inspiring.

You can read the story in detail here  http://www.dailyprogress.com/newsvirginian/news/community-comes-out-to-welcome-furr-family-home/article_d05e56fa-aa75-11e5-a3fe-bf4f21538d68.html

And, on that note, I will leave you for the week.

Since we’re closing in fast on the end of 2015…I am hoping to do a short retrospective post each day this upcoming week.  A lot happened on the hill in the past year and it would be too long for just one post.

So, check back and see if I manage to follow through…or if I should make a resolution about finishing things I start. 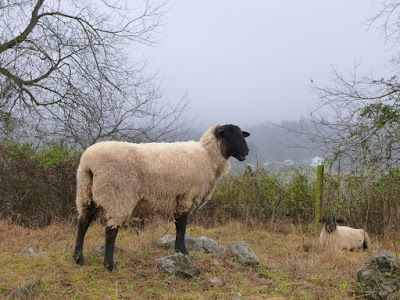