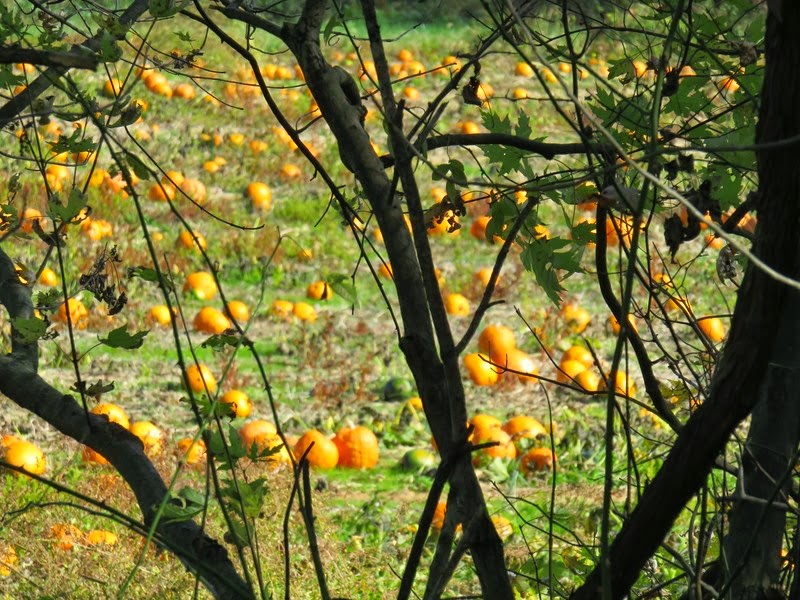 Look at all the  PUMPKINS!

Yesterday, we were on our annual pilgrimage to Nelson County (more about that in Sunday’s post) when we came across this huge field….full of pumpkins.

Did I say it was HUGE? 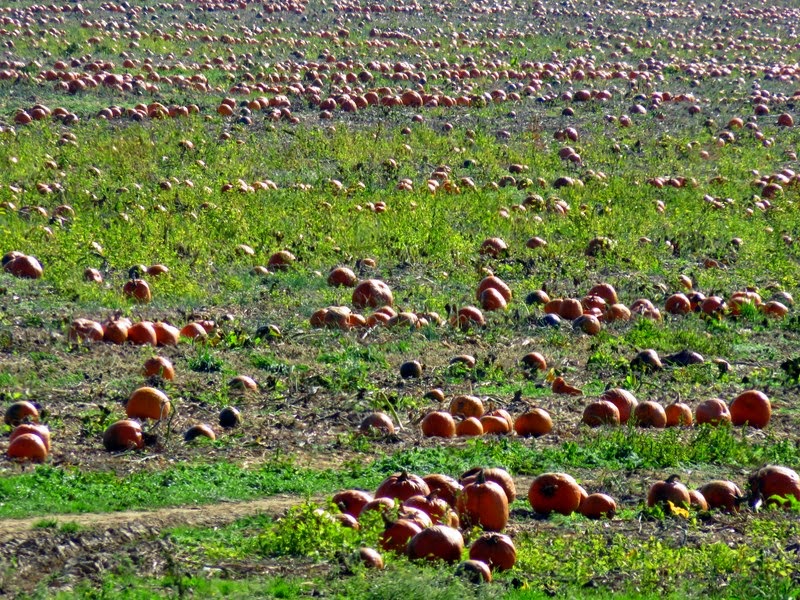 …and FULL of pumpkins?

We had never seen so many pumpkins.  They stretched on as far as the eye could see.  Off in the distance, I could see a tractor driving along.  It looked like a toy it was so far away, and yes, it was surrounded by PUMPKINS. 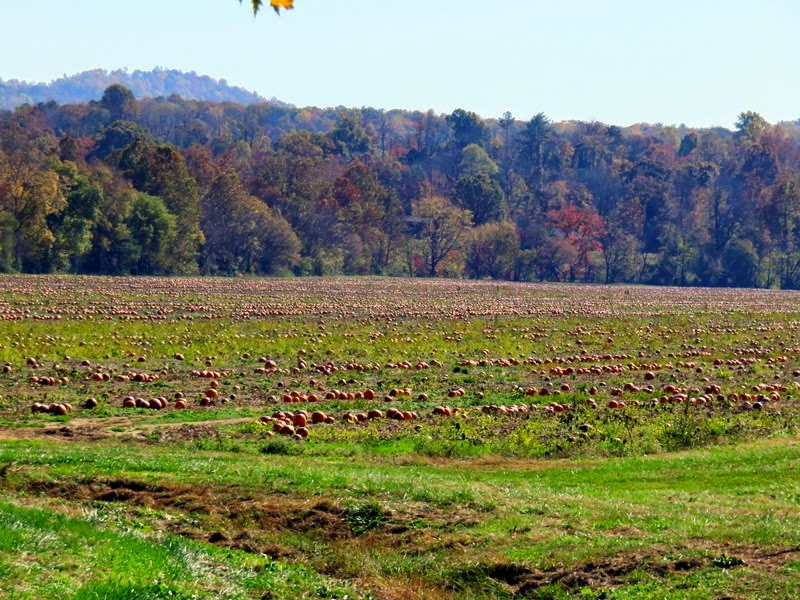 That got me thinking about just how many pumpkins are used in the US this time of year. If this one small farm had so many pumpkins…there are pumpkins at farmers’ markets and home centers, roadside stands and convenience stores…jack-o-lanterns, fall decorations and pumpkin flavored everything… 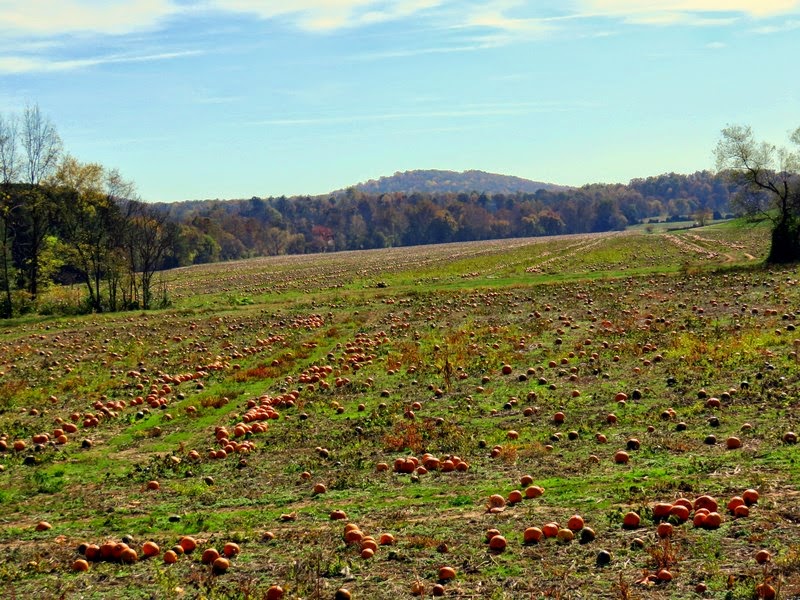 So, just how many must be produced each year?

Here are a few facts about pumpkin production in the US. Facts from Ag MRC. Check this link. 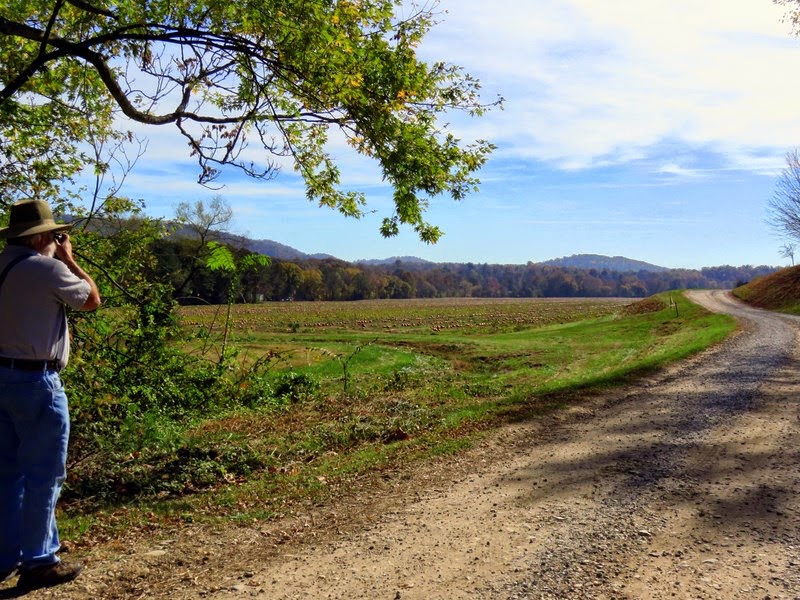 In 2012, nearly 12.4 MILLION cwt of pumpkins were harvested in the United States. CWT means hundred weight…so, multiply 12.4 million by 100.

That’s a WHOLE LOT OF PUMPKINS! I don’t know about you, but that’s beyond my comprehension.

The 2012 pumpkin crop was valued at $148.9 million dollars. (this is tiny when compared to grain crops)

The vast majority of these pumpkins are processed canned pumpkin and canned pie mix.

Morton, Illinois is the self-proclaimed Pumpkin Capital of the world.  This is where Libby’s pumpkin processing plant is located and they can over 85% of the world’s pumpkin every year.

Top production states are Illinois, California, Ohio, Pennsylvania, New York and Michigan.  Since Virginia isn’t on that list, now I’m wondering just how big those other pumpkin farms must be.

Pumpkin is good for you, too.

Here are some nutrition facts from the University of Illinois about pumpkins.

The bright orange color of pumpkin is a dead giveaway that pumpkin is loaded with an important antioxidant, beta-carotene. Beta-carotene is one of the plant carotenoids converted to vitamin A in the body. In the conversion to vitamin A, beta carotene performs many important functions in overall health.
Current research indicates that a diet rich in foods containing beta-carotene may reduce the risk of developing certain types of cancer and offers protect against heart disease. Beta-carotene offers protection against other diseases as well as some degenerative aspects of aging.


Let's hear it for the Great Pumpkin!