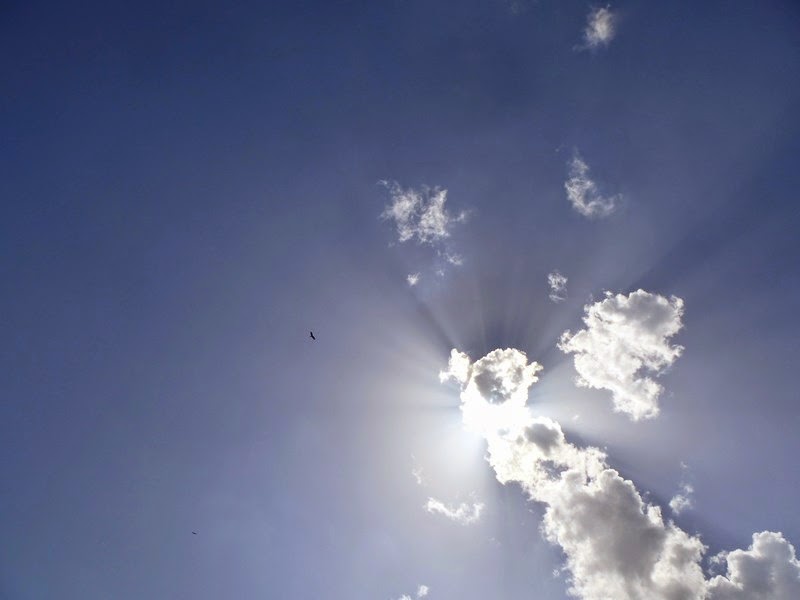 This week certainly flew by!

That may be appropriate since I ended up spending an inordinate amount of time with birds this week. 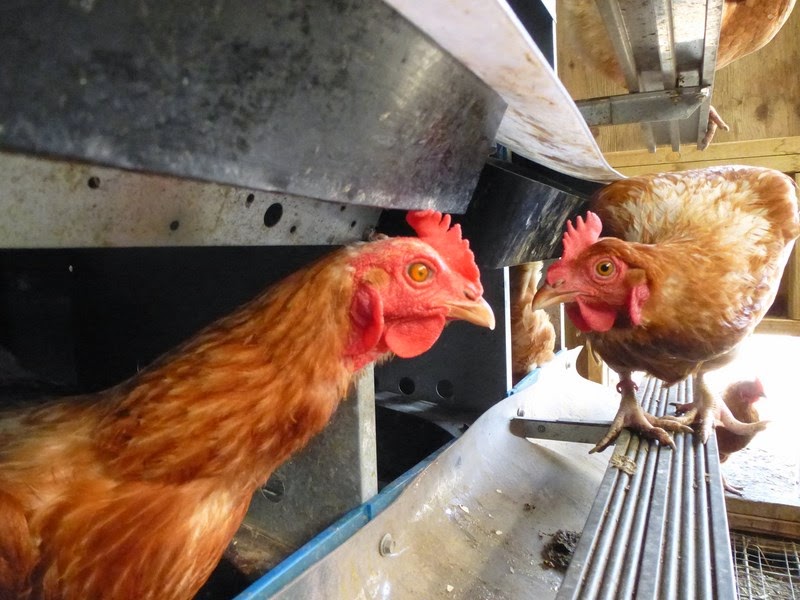 Although, it was in the henhouse, and as I’m sure you’re aware, chickens don’t fly very well. But, we finally figured out who had been eating the profits and have resolved the issue. (well, somewhat…total resolution will come this week…but, as I am certain that will be a story all its own…I’ll leave you in suspense for now…) I did learn a great deal about “hen sociology/psychology“and I saw a number of eggs being laid.  So, I can assure you that our eggs are FRESH!


It’s been incredibly hot this week and we’ve watched the big clouds form up for some torrential rains…everywhere but here.  Seriously, I could hear the thunder and even smell the rain a couple of times, but we have missed out on almost all of the precipitation (and the torrential, flashfloods, hail and tornado warnings) but, we’ve gotten enough to keep the grass growing (sort of) and the gardens producing, so we won’t complain. (we are, however, praying hard for measurable rainfall)


We managed to keep our travels to just TWO trips to town this week (aside from the Market).  That may seem like no big news, but just to get to town and back takes 45 minutes. So, a simple trip to town is very rarely a simple trip to town. Things have a way of “mushrooming” and getting slightly out of control.
For instance, our trip to the dump also included a stop at the office supply store for a new desk chair for the Boss and a second visit to the farm store to buy a little dump cart for the garden tractor (we bought a brand-new gate the day before). We also stopped by the bank, bought diesel for the tractor, made a slight detour to the newly remodeled gun shop and got lunch. By combining trips it leaves us bigger blocks of time to work here on the hill.   You know... picking vegetables…starting seeds…mowing…feeding/watering animals...checking the henhouse(again)...and weeding, I almost forgot weeding!

It’s always a big deal when we harvest the first tomato of the season.  Tomatoes seem to require more thought and attention than any other crop we grow.  I start the seeds in early March and we don’t usually see any fruit until around the first of July. That means we start selling around mid-July (sometimes it’s August).  During the growing phase, we have re-potted, fertilized, planted out in the garden, mulched, trellised, irrigated, fertilized and done preventive maintenance for bugs and disease. All before we ever see a single tomato!  It seems like the crop should then last for ages, but the first frost (sometimes in early September) will put an end to the harvest.  That’s always a sad day.  But, for now…we’re enjoying tomatoes at nearly every meal.  And, yes, customers…we will save some for you!


The Boss plowed the fall potato garden in anticipation of this week’s planting. 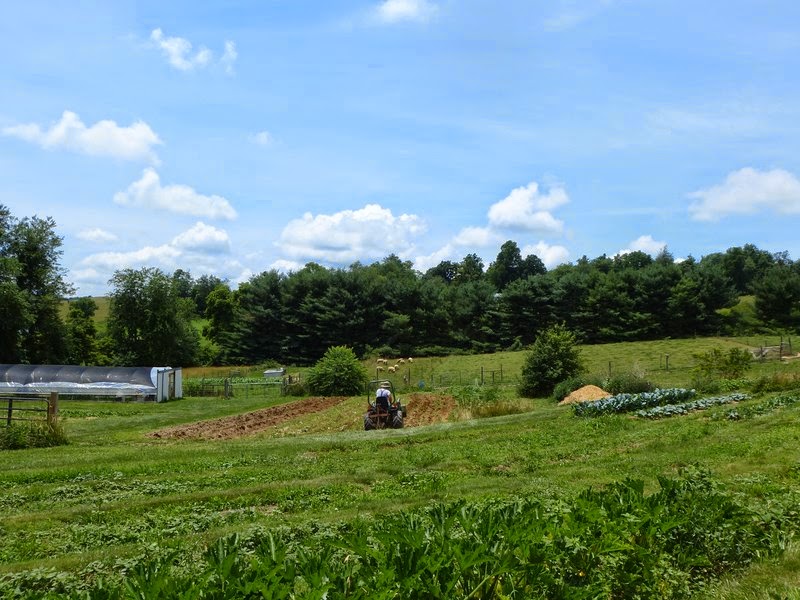 The tilling he did on the Fourth will allow us to get some more brassicas planted for fall.  The final succession of cucumbers and squash need to get in the ground soon, too.  Sissie has taken to sleeping in the transplant trailer.  I’m hoping she is protecting my plants from any further “Gus attacks”.

Speaking of Gus, this week he attempted to eat a cooler!  We’ve been using our coolers for at least 15 years…and he totally “redesigned” the handle of one in under fifteen MINUTES. I'm back to constantly repeating “Hesapuppyhesapuppyhesapuppy…” Did you read this ONE? It was 48* when I left the house at 6am. The light of early morning always makes doing chores a pleasure and the drive to town is always so pretty. I was especially happy to note THIS on my way in to town… know what it is? 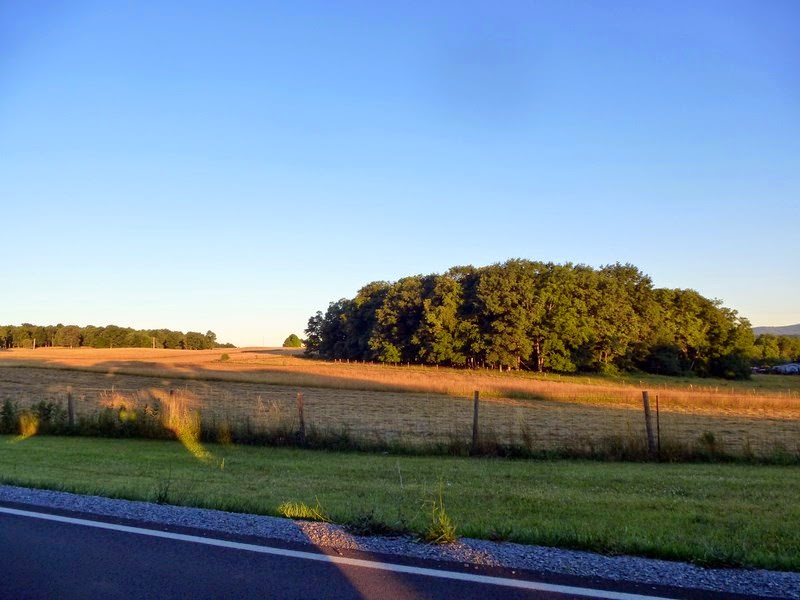 On my way home from Market, I noted this… 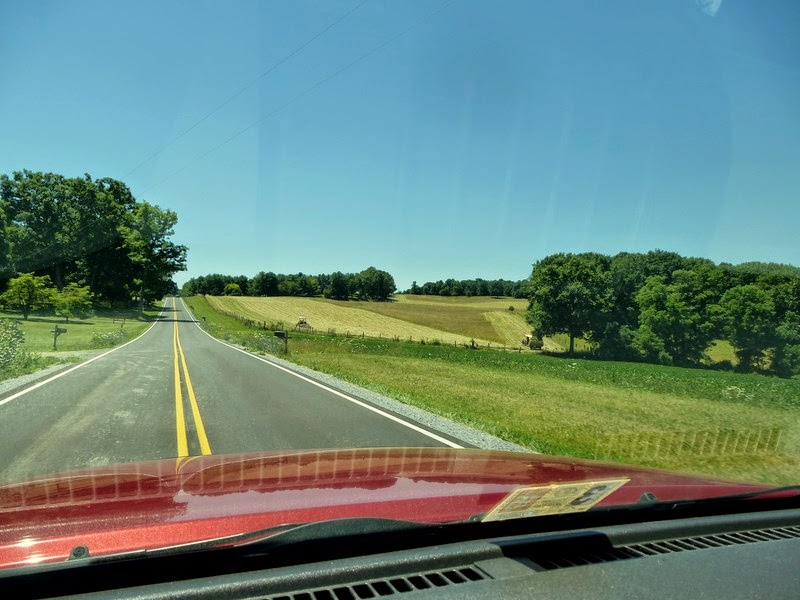 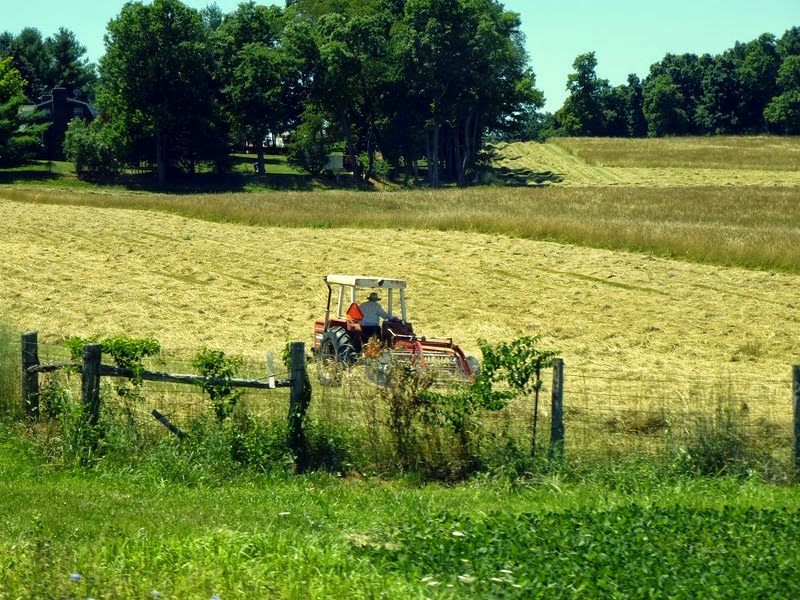 Which meant there was a message on the machine from the hay guy about picking up said hay. SOON  Now, you know what we’re going to do tomorrow…

Another amazing Market capped off the week. 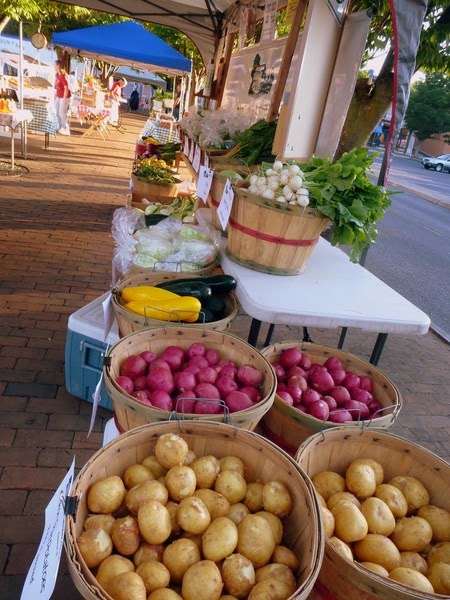 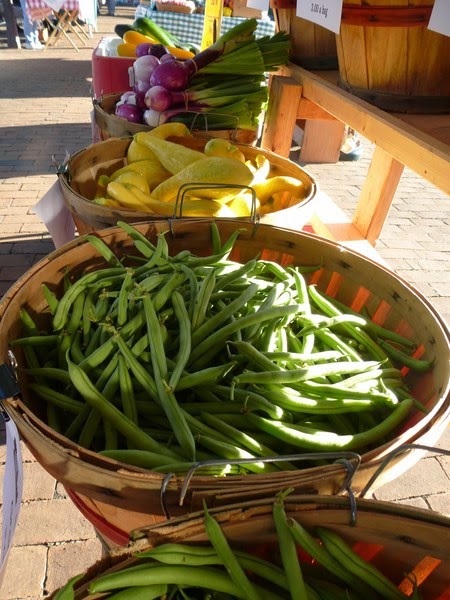 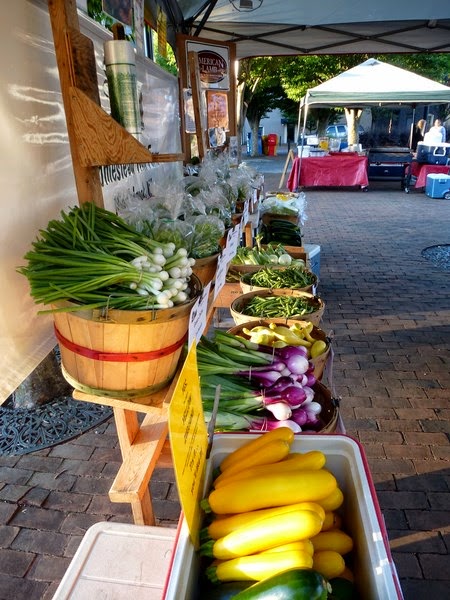 The weather was absolutely gorgeous.  We had a great band, providing some jazz for shopping ambience

and some of our littlest customers granted me some assistance on a project I’m working on to promote vegetable consumption. #Eatyourveggies (more about that one later) Thank you, kiddos!

Hope you had a great week!  …and a

Thanks so much for stopping by!  Do come again.