On Pins and Needles 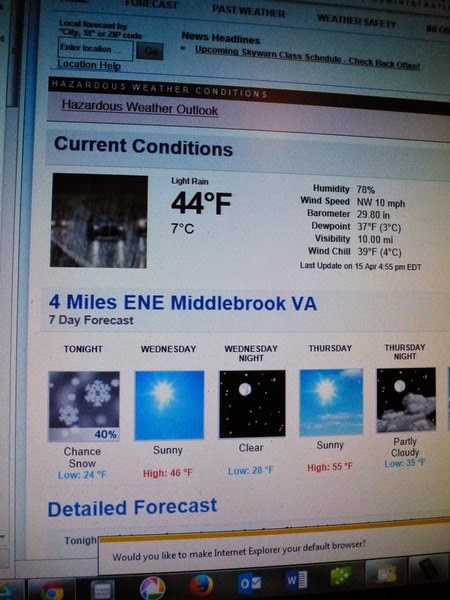 I’ve been worrying a lot lately.
(the Boss says I always worry a lot, but…)

The weather has been causing more than its fair share of concern and extra work. I’m beginning to think that winter might never really end.

The winter weather just won’t release us from its icy grasp.  We’ll have a few nice days, get all excited…and then, bang…back to unseasonably cold. It’s not just here…the endless winter has enveloped the nation.

Mark my words, all the weather issues are going to have far-reaching effects on all sorts of things.
Particularly the food supply.

The weather affects absolutely everything we do here on the hill…and ultimately, the weather (and our ability to adapt) will dictate our success or failure.  Making your living from the land is risky business.  Every decision has the possibility of being all or nothing. Farming is the biggest gamble out there.  The rewards can be great, but the possibility of loss and ruin is even greater. And, there are never any guarantees. 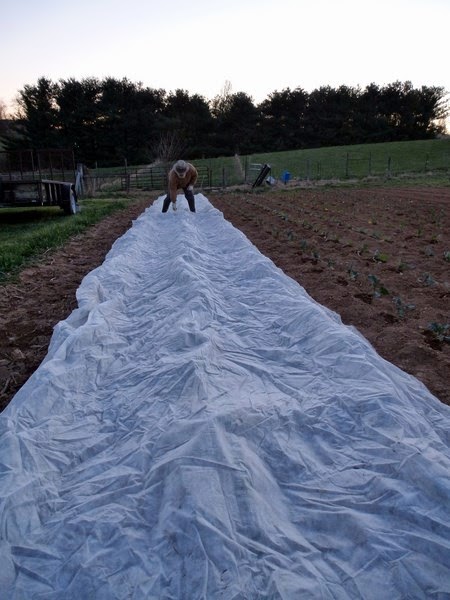 Ordinarily, cold temperatures can be countered by covering new plantings.  Row cover (sheets, blankets, buckets or overturned flower pots) will grant some protection and a few degrees of warmth.  But, sometimes these options fail us.

Prior to this particular cold snap, we had torrential rains combined with gusty winds, so the row cover wasn’t an option.   Ever try to place row cover in the wind? Not only is it a frustrating affair, the flapping cover can actually do more damage to the young plants as the wind whips it around. It was our concern that by attempting to place the cover in the rain and allowing the soaking wet cover to freeze onto the plants, the risk for loss would be even greater.


The temperature continued to fall.

We worried. We prayed. …and we left it in God’s hands.

I woke at 3:30am and the temperature was 26* (and steady).  By now, the wind had died down somewhat, the sky was clear and the moon was bright.  I must say, there was a great temptation to go out and cover stuff up, despite the time. It wouldn’t be the first time I had been out in the garden in the middle of the night.  But, I’m pretty sure that this wouldn’t help much at this point…the row cover can only retain the warmth of the ground, which was already cold and very wet…so I restrained myself. 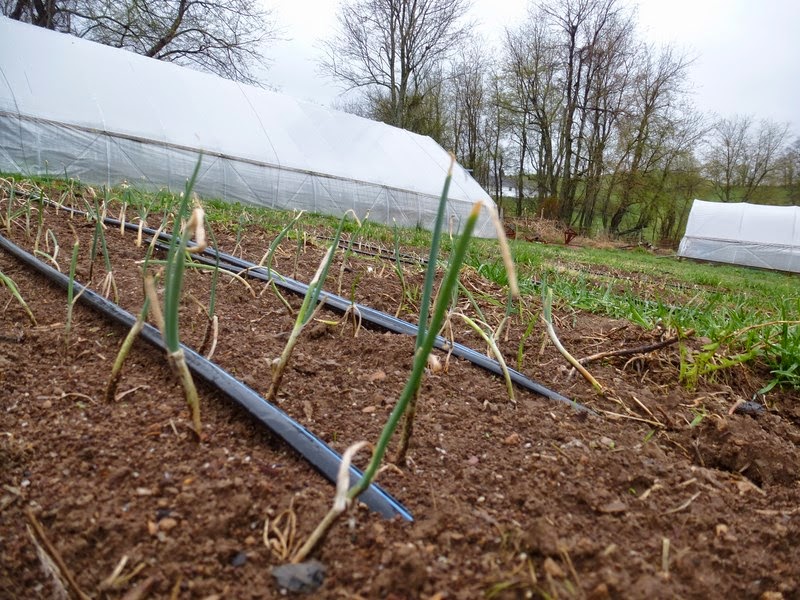 The crops that we plant this time of year can withstand a great deal of cold.  It’s generally accepted that as long as the temperature is above 20*, the newly planted onions will survive.  We have seen broccoli/cauliflower/cabbage take similar temperatures with little loss.  Despite the setback from the cold, the plants will generally recover and produce. (did you read this one about lettuce?)  However, that doesn’t keep me from worrying.  A total crop loss would be more than a little costly.  And, it’s frustrating to lose something in which you’re deeply and personally vested. But, you go on.

Despite what anyone might think, we have no safety net for crop failure. Crop insurance isn’t an option for an operation of our size. A loss is just a loss, plain and simple, and we would only hope that we could make it up with another crop later in the season. But, again…no guarantees.

We also cannot wait until later (when the weather is warmer) to plant.  By waiting until later in the season to plant, we run the risk of running out of time for the crop to mature enough in time for harvest. There are also the weather risks of summer…thunderstorms, hail, drought.  Like I said…it’s always a gamble…a very real gamble.

I’m on pins and needles until daylight when we can assess the damage and see if we need to make any preparations for what promises to be another cold, cold night.