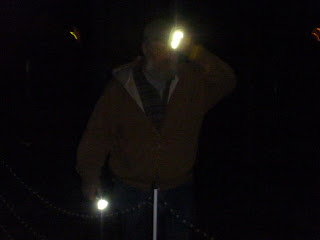 After the new henhouse was completed, it was time to re-locate the hens. It is best to move chickens after dark when they are somewhat drowsy. Otherwise, it just becomes an aggravating chase with lots of squawking and cussing.

To keep the chaos to a minimum, Jed and Ellie were relegated to the barn. Poor dogs…they miss out on ALL the "fun"! 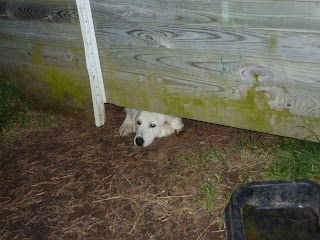 The Boss moved the old henhouse (with the hens inside) out of the way of the new one. 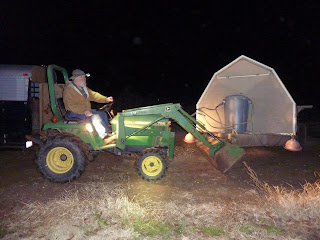 Feed was placed in the new henhouse, as the hens will have to stay inside for a day to get acclimated to their new digs. Then the hens were caught and rather unceremoniously moved to the new house. 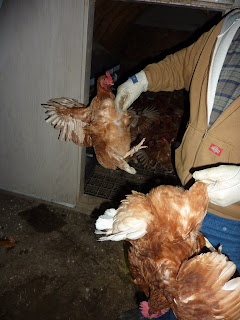 Look at their spacious new dwelling! They should be impressed… 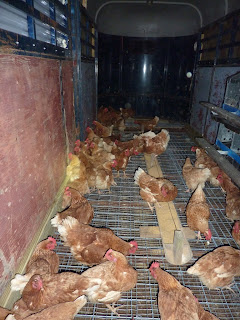 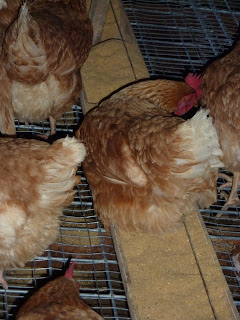 (one decided to sleep ON the feeder) and went back to sleep, snoring their little chicken snores. 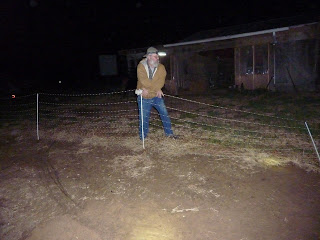 After a day, the Boss will let them out to forage once more. At this point, he will also add the second nest box to the house. It had to stay during construction of the new house so the girls would have someplace to lay their eggs…and THEN he will find out just how well his automatic chicken door closer works!

In the meantime, since Jed and Ellie were released from the barn, they are intent on investigating the old chicken house that is now parked in the backyard. 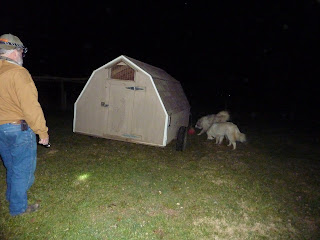